NSFW Forums: Feminism, Marketing, Advertising, Swearing, Misandry
Email this Topic • Print this Page
1
Reply Thu 12 Mar, 2015 05:14 pm
@ossobuco,
She would hate to be a housewife, that's pretty clear, and so would he. I can understand. I wouldn't like to depend on someone else too much or for too long. Likewise, my wife could not for the life of her depend on me financially. She never stopped working. She wants to be able to leave me tomorrow if she needs to.
0 Replies
2
Reply Sun 15 Mar, 2015 09:39 am
@hingehead,
couldn't find the interview I wanted to send you
but you might find this one of interest 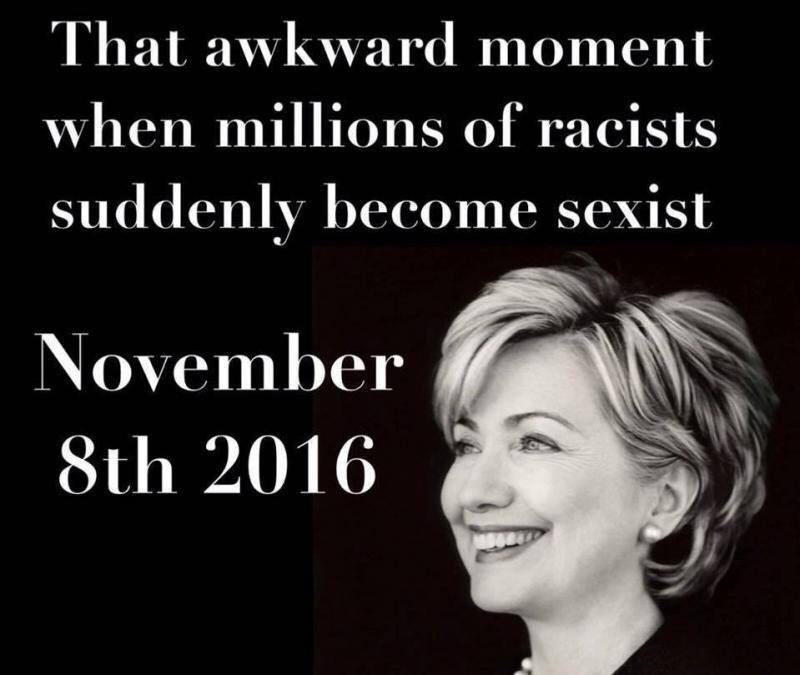 Can You Be a Waitress and a Feminist?
APRIL 17, 2015
Brittany Bronson

LAS VEGAS — THIS week I will be sexually harassed on the job, and like many women in the Las Vegas service industry, I will count my tips at the end of my shift and decide that it is worth it.

This is not the most progressive statement for a self-described feminist like myself to make. Neither are a majority of my responses to the suggestive comments I receive.

During a recent shift, an older man sitting with his niece asked, “If I take you home, will you be as good to me?” I laughed. The next night, a man offered $1,000 for my phone number. I told him, “First I’ll need to see the cash.”

Despite my banter, these comments made me feel ill and demeaned in a way that I combat in other aspects of my life. In my part-time day job as a university instructor, I incorporate topics like the wage gap and gender inequality into my classes, with full awareness that I choose to work in the restaurant industry, the single largest source of sexual harassment claims filed by women in the United States.

Some might argue that I signed up for the treatment — I work in a lounge as a cocktail waitress (or as a man once referred to me, a “cocktail mattress”). I wrestle with this all the time: that I sold my feminist soul for quick, easy cash.

And yet, when I find a remark disgusting, or have my hands, shoulders and hips held for uncomfortably long periods of time by men I don’t know, I have to suppress my natural reaction. I try to ignore it, or feign amusement, all for the sake of the guest’s experience, my job security and the chance of a good tip. It’s easy to have ideals, but reconciling them with the need to pay rent is a more difficult task in a town with few professional opportunities.

Then there’s Vegas itself. In a city with a thriving sex trade, the assumption that sexuality is constantly available for purchase infects the broader tourist experience. Most interactions on the Boulevard — from exchanges between card dealers and players to tourists drunkenly yelling at one another from across casino lobbies — feel like performances in some unending “Sin City” sitcom.

Underlying it all is the clichéd belief that how you behave in Vegas “stays in Vegas” — that it’s not a true reflection of your character, and bears no real consequences. This combination not only encourages people to indulge in aggressive behavior, but also distorts sexual harassment into something far less severe, even innocent.

So it’s no surprise that in this hyper-sexualized spectacle, I have become, along with my colleagues, desensitized. Even though I cringe when a male manager opens a team meeting with the complaint that instead of hot girls, the alcohol reps sent women who look “broke down,” exchanging a glance with another female server is easier than calling him out.

Amazingly, for all that, we have it easier in Nevada than servers in many other states. Here, we are paid the standard minimum wage, or even a union wage. Forty-two states have a lower, “tipped-minimum” wage, which can be as little as $2.13 an hour. Research from the Restaurant Opportunities Center shows that these servers are twice as likely to experience sexual harassment. It’s a dangerous cycle: They must tolerate the inappropriate behavior just to scrape by, which only invites it more.

This proved true in my experience some years back as a waitress in a Chicago suburb. When I was earning $4 an hour, I hesitated to identify a loyal regular for what he really was, a stalker. The man waited for me after shifts and insisted on walking me to my car. In another restaurant, the owner suggested I might be promoted to a marketing position, which warranted a visit to his office, where he tried to kiss me. I quit on the spot.

These situations were scary, stark transitions from being “just a part of the job” into real threats to my safety. They also proved that the guest-server relationship not only provides opportunities for harmful gender dynamics, but classist ones as well. Some argue that by eliminating tips and providing a living wage, restaurants could lessen the power exchange that too often occurs between customers and workers. But I do this job for the potential extra money that tipping can bring. And I know from daily experience here in Nevada that the harassment won’t simply go away.

On most nights when I leave work, the only thing I take with me is the extra cash in my pocket brought about by guests’ generosity. But then again, I clearly carry baggage, too.

My female colleagues share similar experiences. Some cope with laughter, some anger. Some leave restaurants, only to find themselves back a few months later. Some take the opposite approach, and say that engaging with sexist behavior in order to financially benefit is an empowering, rather than patronizing, experience. Maybe this is the Vegas version of “leaning in.”

Brittany Bronson is a contributing opinion writer, an English instructor at the University of Nevada, Las Vegas, and a restaurant server.
http://www.nytimes.com/2015/04/19/opinion/sunday/can-you-be-a-waitress-and-a-feminist.html?rref=opinion&module=Ribbon&version=context&region=Header&action=click&contentCollection=Opinion&pgtype=article

For the record Ruffalo is not the author, he just reblogged the original by Libby Anne Bruce

2 Replies
0
Reply Fri 26 Jun, 2015 05:41 am
@hingehead,
Wow Hingehead, this poster by Mark Ruffalo explains the problem with feminism. This will make ideological feminists feel self-righteously happy, but it completely misses the point with the rest of us.

The women and men who are saying "I am not a feminist" support aren't rejecting woman's suffarage, we support laws against marital rape. Most of us support birth control. The complaints we have about feminism aren't about these things.

We are not feminists because we have complaints are about modern American feminism. Feminism in modern society is attacking dissent in colleges and public life, pushing an ideological narrative to an extreme, pursuing social sanctions on sexual activity, attacking media institutions.

Instead of listening to criticism, responding to diverse opinions and growing in an attempt to make society better, feminists close their ears and bitterly attack anyone who dares criticize them.

No one is trying to end woman's suffrage. This is a bitter strawman attack.

I do not want to see a negro man walk to the polls and vote on who should handle my tax money, while I myself cannot vote at all…When there is not enough religion in the pulpit to organize a crusade against sin; nor justice in the court house to promptly punish crime; nor manhood enough in the nation to put a sheltering arm about innocence and virtue—-if it needs lynching to protect woman’s dearest possession from the ravening human beasts—-then I say lynch, a thousand times a week if necessary.”

0 Replies
3
Reply Fri 26 Jun, 2015 05:59 am
@maxdancona,
You're not big on comprehension are you Max?
1 Reply
0
Reply Fri 26 Jun, 2015 06:05 am
@hingehead,
I am very big on comprehension Hingehead. The ideological purity and self-righteousness of modern feminists turns many women and men off. This is why you are seeing the "I am not a feminist" backlash from people who support the woman's right to vote and appreciate laws against marital rape.

The people saying "I am not a feminist" are rejecting modern feminism for very specific reasons that have nothing to do with suffrage or marital rape.

Do you comprehend that?

(I am curious Hingehead... are you a Republican?)

I am very big on comprehension

You can't accept my point about why women and men are rejecting modern feminism. And you can't refute it. So you make this an irrelevant personal attack (with wild support from the ideological thumb-bots).

I told you why this quote fails to address the objections of real men and women to modern feminism.

Saying "kiss my ass you ignorant little jerks" to anyone who dares to disagree with you is hardly a way to have an intelligent discussion.

Of course it is relevant. I would like to see you write... "I am not a Republican

It's relevant because 'of course'? Comprehension not your only failing then?
2 Replies
1
Reply Fri 26 Jun, 2015 10:03 am
@hingehead,
Max is one of those idiots who doesn't realise Republican means something else outside the US.

Why would an Australian be a member of an American political party anyway?
1 Reply
2
Reply Fri 26 Jun, 2015 10:06 am
@izzythepush,
awww dang

why'd you have to go and give it away?