Forums: News, Suicide, Obituaries, Robin Williams, Life Is Too Short To Not Laugh
Email this Topic • Print this Page
1
Reply Sun 8 Nov, 2015 07:21 am
@izzythepush,
The Hawkeye Show requires audience participation. Stop participating.
2 Replies
3
Reply Sun 8 Nov, 2015 08:47 am
@bobsal u1553115,
Naming the tabloid ghoul is no different than direct interaction.
0 Replies
0
Reply Fri 14 Apr, 2017 03:57 am
@bobsal u1553115,
What is bad is that the good ones are dying and the bad ones like George Soros keep staying alive and keep up with the dissension and discord and asphyxia. I liked Robin Williams as stand up but I liked him better as an actor. He could do the humor well the melodrama like no one and he had intelligence and spunk and wit. Like patch adams. How he could make little kids laugh or smile who were dying was priceless. I can't think of too many bad Robin Williams movies. I loved him in Hook where he played peter pan. I couldn't think of anyone else better to play that. And in Good morning Vietnam he was just awesome. Parts of that movie were tear jerkers. And awakenings. Robin Williams definitely had a serious side.

I wonder if it was the fact that comedians and certain types of performers punish themselves so hard with no counter balance to pick them up it just a life that ends in destruction. Like a tragic Greek comedy. Robin Williams was definitely not the kind of guy who would sleep in on Sunday. He looked like he was constantly thinking and constantly at work. And his comedic politicial insight could be cynical but never was if offensive like sometimes Lewis Black or Bill Maher. Sometimes when they aren't funny it seems like they are deliberately trying to single out certain people to piss off on a political side, I guess you could call it piss off and offend comedy. Robin Williams was always very coy and aware not to do that.
1 Reply
1
Reply Fri 14 Apr, 2017 04:30 am
@zeroyanke7,
I'd rather my memories of Robin Williams remained spunk free thank you very much.
0 Replies
3
Reply Mon 5 Sep, 2022 05:37 am 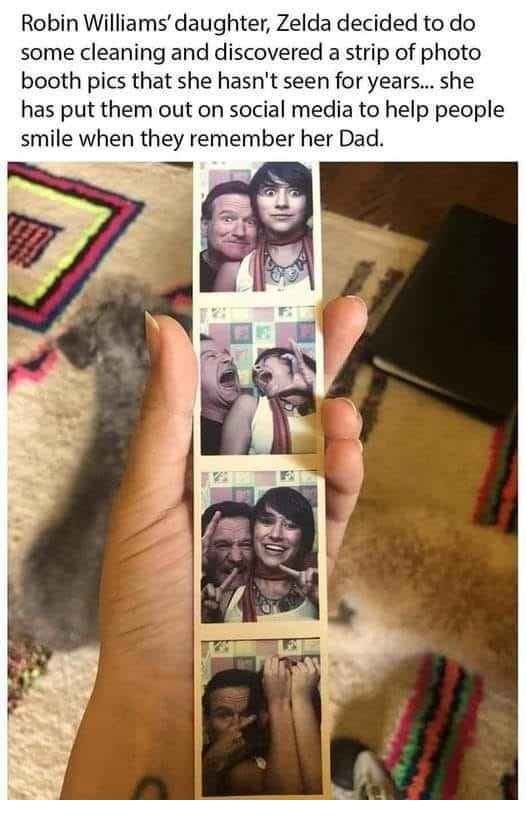