Bacon is the "meat of life." Without bacon, life on earth as we know it could not exist? 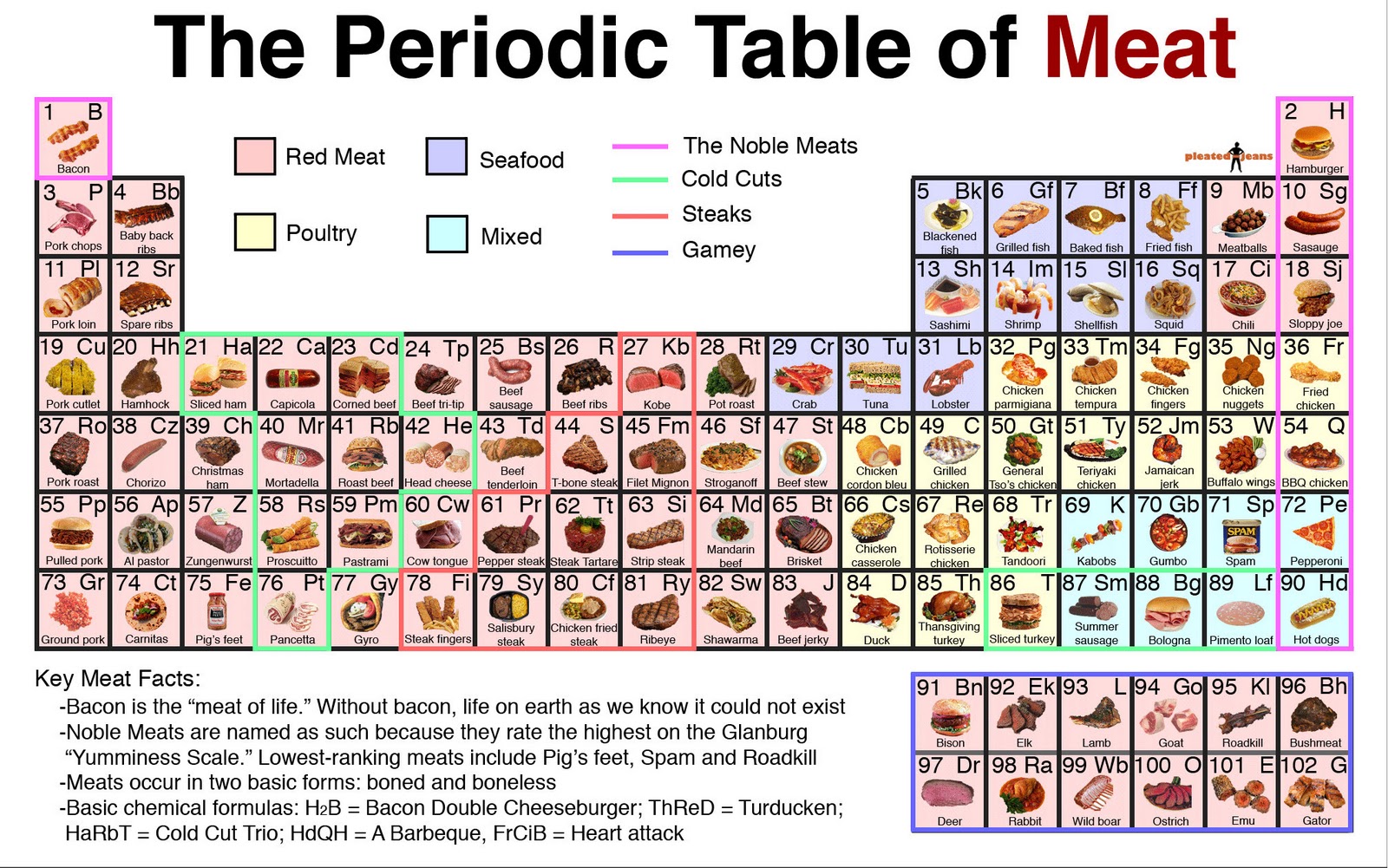 Or click if you failed to see the image:


I wonder what is bacon in western culture. The dictionary says:
back and sides of a hog salted and dried or smoked; usually sliced thin and fried.
Salted! In China bacon is heavily salted, that is why I doubt its worth.
1 Reply
2
Reply Tue 15 Jul, 2014 11:58 am
@oristarA,
This is a picture of bacon. I like mine crispy like this. Other people like it a little bet less cooked. We eat out bacon thinly sliced.

1 Reply
1
Reply Tue 15 Jul, 2014 12:22 pm
@chai2,
we don't need to salt it nar as much as they used to. Newer cues like maple sugar and molasses and mostly nitrites help alt cure the "pork bellies" Smoking is also a key.

Bacon is either THE or one of the largest sources of our daily allotment of nitrosamines that we can name.We all die sooner or later, bacon's as good a way as any.
0 Replies
2
Reply Tue 15 Jul, 2014 01:21 pm
Bacon sandwich with HP Brown Sauce.

Even where bacon is served as an accompanying meat, its not served up in the same quantity as is a typical serving of beef or chicken. In a Western style breakfast of bacon and eggs, I would imagine that the amount of bacon served would be only 4 or 5 strips that have been fried and have lost most of their weight so a serving woud be but 4 or 5 ounces . Many people can polish off half a pound or more of chicken or beef in a meal. In my younger days, I would often consume a beef steak of a pound or more. (I eat steak veryinfrequently now).
I like bacon as a flavor enhancer for salads, or soups, or in a beautiful sandwich composed of 4 strips of fried bacon, fresh tomato, a lettuce leaf served between two pieces of 7 grain toast bread slathered liberally with a really good mayonnaise and freshly ground pepper. We call that a BLT .

I could eat a BLT at least once every 2 weeks.


Again oristaA, this whole "bacon is the meat of life" thing was meant as a joke.

Yeah, bacon tastes good, but few people overall eat it every day. I personally haven't eaten bacon in weeks, maybe a month. It's more like an occassional treat. It's not eaten by itself usually, but as a side with other items. Usually people will eat 2 or 3 strips of bacon, which might be about an ounce of meat.

Popular meals that include bacon would be bacon and eggs (usually a breakfast meal) or a sandwich called a BLT, which stands for bacon, lettuce and tomato.

You'll find such a variety of diets in America it's really hard to pinpoint any particular food as being popular all over.

For instance, I don't know anyone who eats hot dogs often. In fact, hot dogs are really pretty nasty, in my opinion.

As far as meat, the most popular choices are beef, chicken and pork. Some people eat a lot of meat, some eat a moderate amount, some not much at all or none.

It's usually easy for Americans to get fruit, vegetables and various foods from all over the world. In any given week, I may eat meals centered around foods that come from 4 or 5 different countries.

For instance, in the past week I've eaten sushi (japan), quineoa (originated in the Andes), marmite (Great Britain), jerk chicken (Jamaica) pomegranets, figs, dates....none of which are native to America. I've also eaten foods that popularized in many different areas of the U.S.

it appears to be meat of some sort but

a beautiful sandwich composed of 4 strips of fried bacon, fresh tomato, a lettuce leaf served between two pieces of 7 grain toast bread slathered liberally with a really good mayonnaise and freshly ground pepper. We call that a BLT .

I could eat a BLT at least once every 2 weeks.

it appears to be meat of some sort but

I looked up "chinese bacon" and came up with images such as the following...

Definately much thicker cut than what we serve here. Much thicker even than our "thick sliced" bacon, which I don't care for. 32.3 kilograms
Average annual pork consumption per person in the European Union. Residents of the EU consume more pork than anyone else in the world.


the only thing better than a BLT is a club sandwich

best on squishy white bread in a golf club clubhouse

Here in Monterey we like to stuff jalapeño peppers with cream cheese (Philadelphia) then wrap the jalapeño with one to two layers of bacon. Then grill it and serve as a side for the grilled steaks.

Also we have a local variety of german wurst. It is algo stuffed with cheese (oaxaca cheese) and thrn wrapped in bacon and grilled. It is also only a side.

BTW in Spanish it is called "tocino".