You must really be pissed to be using those cheap theatrics. Well, go ahead. Make a spectacle. It doesn't change a single fact.


Gosh, I am not pissed at all. I am smiling from ear to ear.

You really gotta get a grip.

All I did was to acknowledge the VA for saving my life. And you went ape...supposing that I was forgetting about everyone else.

But...indulge your indignation...and by all means, allow yourself to become as upset and out-of-control as you want. 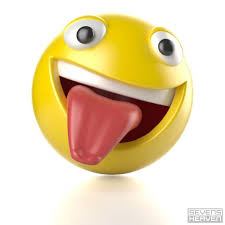 Taunting and bragging how you are getting to the other is a sign of being pissed. It is also a sign of low to no class. Another sign that you have lost it is focusing on me and totally neglecting the topic most of us came here to discuss.


Oh, Edgar. Get control. This is embarrassing for you to the point where I feel embarrassed for you.

My original point, which seems to have knocked you out of orbit, is that my life was saved by treatment at a VA hospital.

Both could use some work...and I hope we manage to do so.

But why those remarks has gotten your panties so twisted...is beyond me.

You are notorious for going nuts when things don't go your way.

Nah...I never go nuts. I just enjoy life...and have as much fun as possible.

You ought to give it a try.

The more you taunt and act like a spoiled kid that can't have his way the more ridiculous you become.


If you think that...think it.

I'm the guy with the smile on my face. You are the gloomy Gus bemoaning damn near everything...and wallowing in indignation.

So...what is it about me saying that the VA saved my life...and that I appreciate it...

...that causes you to go so ballistic?

It may be a stupid question, but exctly why are veterans going to VA-hospitals and not to 'normal' ones?


A simple question deserves a simple answer. It's way cheaper.

I mentioned a three week stay in a VA hospital. My shoulder was so badly shattered as to require a replacement of the ball at the top of the humerus. I beat the local hospital out of an estimate and it worked out to about $15,000. Then I discovered that that didn't include the cost of the room, the doctor's fee, and a few other incidentals. At the time, that would have meant bankruptcy. At that time (rules have changed) there was no charge from the VA. The downside was that three weeks. Two of them were wasted on waiting for a surgeon and operating room to become available. Hospital time locally would have been under a week. Which one would have been better in a medical sense, I cannot say.

The louder you proclaim your merriment the more you highlight your bitterness.

C'mon, Edgar...you can do better than that.

Stop being bitter. It makes you suspect others are bitter.

The more you go after me in such a personal way, the more you voice true anger.


Read the posts, Edgar...and tell me who is being "personal."

You seem to be very out of sorts because I mentioned that I had a good experience at the VA.

Have you given any thought to why that is?

These hospitals might have been restricted to war wounds and the like, if we had universal health care, back when they were forming. But, vets coming home very often had no insurance and not a great deal of money. The hospitals met a genuine need and they still do.


Yes they do. And for the most part...they do a damn good job of it.

Sometimes they screw up.

People who enjoy feeling indignation sometimes use that as an excuse to indulge their need!

Too bad that.
0 Replies
5
Reply Mon 26 May, 2014 03:31 pm
@Frank Apisa,
I once had respect for you, Frank. But, you have steadily chipped away at it until there is none left. You are just a bitter old guy who can't stand it when somebody disagrees with him and you are willing to post thousands of posts just to shout them down. When there is nothing to gain, you persist just so that nobody else gets the last post. I almost feel sorry for you, except you have been making your own bed and will be the only one to lie in it.
1 Reply
0
Reply Mon 26 May, 2014 04:12 pm
@edgarblythe,
edgarblythe wrote:

I once had respect for you, Frank. But, you have steadily chipped away at it until there is none left.

You are just a bitter old guy who can't stand it when somebody disagrees with him and you are willing to post thousands of posts just to shout them down.

I am not bitter...not a bit. I consider myself one of the luckiest people on the planet. Life is good.

So...why not tell me why you "disagree" with me for being grateful to the VA for saving my life????

When there is nothing to gain, you persist just so that nobody else gets the last post.

I almost feel sorry for you, except you have been making your own bed and will be the only one to lie in it.

Unless a Special Prosecutor is named, no one will.

So, even when the guilt is right out in the open, you think they will simply keep stating that it won't be tolerated and that veterans deserve the best, but that no one will be held accountable?
3 Replies
1
Reply Mon 26 May, 2014 05:37 pm
@Brandon9000,
Pretty much. They'll noodle around with the outrage till it's mostly forgotten, then they will forget it.
1 Reply
1
Reply Mon 26 May, 2014 05:37 pm
@Frank Apisa,
Re hospitals other than VA - I've been involved in several.

I started at St. John's in Santa Monica (well regarded place then and now, but then it was small). That was my sixteenth birthday, they hired me to take minifilm xrays, after school and weekends. Yes, I wore a lead cloak, while every patient admitted got snapped in a reach to find tuberculosis. I was also, some time later, part of a survey ok'd by the hospital re how useful that all was. It wasn't. But I spent a lot of hours in med records as the researcher. I was still a child in many ways, but an odd child very interested in med history back then.

The head of radiology dictated the film observations to me and so taught me a lot and I wrote it all up, and also looked all the words up, starting my own dictionary in off minutes. I also taught myself to do this left handed when bored. Not good, my left handed writing.

Worked in that hospital seven years, but also worked for an internist as a helper for a couple of years after school. I handled the room, the waiting patients, the pill dispensing, the ekgs... in the hours I was there. My first ekg was on a nun. Picture me and her. Sometimes the phone, which I'd started at too, but usually if I answered I was phone rescue.

UCLA, well described here, many years, I understand a lot about the research and clinic parts.
Also as a patient with wild eye problems, at Jules Stein eye clinic. The resident who first tested me scoffed, and then stopped scoffing (at one point I was tested for syphilis and I showed up 1+. That was a fluoroscopy test so I challenged (I used to do those) and the head of infectious diseases told me what to tell the resident to ask for better testing. Negative.
Anyway, yes, RP.
Back then, as a clinic patient, one day I had something like seventeen people in the room wanting to look at my eyes.

Breast cancer - a conjunction of help from my gyno, the St. John's BC center, and a well regarded surgeon in where I was newly living, northern california.
Lots of stuff, pretty much good. The well regarded surgeon... was actually nationally well regarded. I doubt she is practicing now, but I bet she is still writing.

Eye surgeries. I've had six. One good guy, the one here in Abq. I'd be in love except I could be his mother.

Ambulance after showing up at an urgent care place.
The deal with that is that they tested me up the wazoo for untold amounts of money and creepy stuff for me (I felt fine, but I had to be led to the bathroom for five days). Turned out what I thought it was, the bp pill made me faint. Thousands of dollars, that were not charged to me but medicare and medicaid.

Past my own history, I've read re med history off and on for many decades. But on my own, I've watched and read (please read Atul Gawande, I'll throw in here).
Don't ******* lecture me or EdgarB, Frank.
2 Replies
2
Reply Mon 26 May, 2014 05:43 pm
@Brandon9000,
I agree with being plotzed by all the hidden list stuff. I haven't read enough, but at least at first glance I see it as horrible. I get, I think, how it can happen at first, but not really - and why was all this not railed about?