Yes, you've mentioned that on other threads here, David.
I think, if you visited Oz now, you'd find it's changed a lot since you were here. 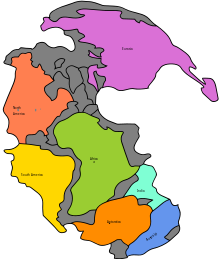 Did someone mention gardening?

I am trying to, but having lived in a "clay zone" for all of my adult gardening life, it's truly difficult to imagine what that might be like ... the problems & the solutions, I mean.
Kelp in the garden?

A salty garden, I can get & fully sympathize with. Absolutely.
Not good!
1 Reply
1
Reply Mon 7 May, 2012 04:28 am
@msolga,
The way to deal with a mostly clay soil is to change the composition of the soil. We had a compost heap (it was started in the 1920s as a compost pit, but more than 30 years later, it was a heap), and we burned yard waste on it, or just threw the green yard waste on it. The product was very much like clay, with tiny chunks of charred wood in it. This my grandmother would mix with some fresh mulch (grass clippings from the lawn, weeds which had been pulled up in the garden) and sand we bought for next to nothing at the lumber yard. The mulch and the sand allow it to drain so you won't get root rot, and it's easier to work the soil.
1 Reply
1
Reply Mon 7 May, 2012 11:43 am
@Setanta,
we would call that a " cultural midden" rather than a heap. "HEapness" connotes wastage and random disposal, wheras midden embues the pile with character of the ancients.


Glad I could help.

1 Reply
2
Reply Mon 7 May, 2012 12:28 pm
@farmerman,
Which brang up a nother thought. You ever remember the old Crypt Keeper Comics (I inherited all of my cousins EC comics when he went to West Point and I was still a kid). I read and reread this story about "Heap", a garbage pile that, with just the right mix of ingredients randomly disposed on his own pile, came to life and terrorized a small town in Ohio.

You bet I do. I was an EC Comics freak, got every one I could lay myhands on. I believe the story you refer to was the Ur-origin of today's Hulk. The Marvel folks got the idea from the Heap. The physical resemblance is remarkable.


Bitch
1 Reply
1
Reply Mon 7 May, 2012 01:00 pm
@farmerman,
The artwork was absolutely tops for that time. Most comics were quite amateurishly drawn by today's standards, but EC had artists like Jeff Davis who went on to become a Playboy cartoonist and a host of similarly gifted craftsmen. William Gaines, who went on to start Mad magazine, was the publisher of the series.
1 Reply
1
Reply Mon 7 May, 2012 01:17 pm
@farmerman,
farmerman wrote:

Which brang up a nother thought. You ever remember the old Crypt Keeper Comics (I inherited all of my cousins EC comics when he went to West Point and I was still a kid). I read and reread this story about "Heap", a garbage pile that, with just the right mix of ingredients randomly disposed on his own pile, came to life and terrorized a small town in Ohio.

Today they would be "Occasions of Disposable CAsh"

I 've heard that story more than a few times from too many guys in agony.
I STILL have 1OOs of comics from the 1930s thru to around maybe 1958.

I thawt that their quality decreased in the writing, around then; disappointing.
It was NOT that my tastes matured; DON'T accuse me of that.
Thay remained status quo,
but the comics began disappointing me; disaffected me.

I did not seal them under plastic, which is just as well
considering that I don 't wanna sell them.
Tho I paid a nickel for a lot of them, some of them appreciated up
into the hundreds of $$ @


1 Reply
1
Reply Mon 7 May, 2012 01:37 pm
@OmSigDAVID,
We never had that much of a horror comics tradition over here, most of our stuff was comic characters like Hungry Horace, and the action genre was almost completely taken up by WW2 stories.

In the 70's American comics were only held by the odd newsagent, and were few and far between, but there did seem to be a lot of them at seaside resorts. I will always associate American horror comics with childhood holidays on the beach. Even though this was past the golden era of comics, they were quite gruesome nonetheless.
2 Replies
1
Reply Mon 7 May, 2012 01:43 pm
@Lustig Andrei,
Gaines and Frazetta were two illustrators who broke the concept of comic illustration and style . Gaines wiith his contour lines and Frazetta with his style of rendering the human form.

When I took illustration I used both as guides from which to do my assignments.
0 Replies