1 Reply
2
Reply Sun 2 Dec, 2012 10:13 am
@parados,
Actually, Switzerland has gotten its gun control legislation in line with European standards. Something, they had to do, because Switzerland is a Schengen country and due to it's other relations to the EU. And that's something, which is totally "forgotten" by US gun nuts ... but what is online on the Swiss government websites.
2 Replies
2
Reply Sun 2 Dec, 2012 10:31 am
@Walter Hinteler,
Some data to compare ... Is it true that the Swiss regulate the ammunition?


The related law is very similar to any weapon law in any other European country: you can buy ammunition for those weapons you've got a licence for.

For the military weapons, you get the ammunition at the rifle range during exercise time. All unused ammunition can be taken home against receipt and must be kept at home according the regulations (Swiss gun act about gunnery off duty ["Verordnung über das Schiesswesen ausser Dienst (Schiessverordnung)"], article 63 - 3 and 4; article 125 - 3; article 150 - 1
military law.)
1 Reply
0
Reply Sun 2 Dec, 2012 11:36 am
@H2O MAN,
H2O MAN wrote:

How many of them use high capacity drum magazines?
Do you have any data on this?


I only use the internet like you could do it as well. I couldn't find any data about this.
1 Reply
1
Reply Sun 2 Dec, 2012 11:53 am
@Walter Hinteler,
This is from an official brochure (here copied from the issue, published by the canton [state] Basel-Landschaft [Basel-Country]). Though it's in German, you easily can guess what kind of weapons are forbidden to be owned in Switzerland: I wonder how they missed conventional, nonelastic slings and atlatls. Those things are scary in the hands of someone who knows what they're doing.
1 Reply
1
Reply Sun 2 Dec, 2012 01:43 pm
@roger,
Generally forbidden are "Geräte, die dazu bestimmt sind, Menschen zu verletzen" = devices, which are intended to hurt people. Those pics are more or less examples (and it's more specific in the relevant law, too).
0 Replies
0
Reply Sun 2 Dec, 2012 04:19 pm
@Walter Hinteler, 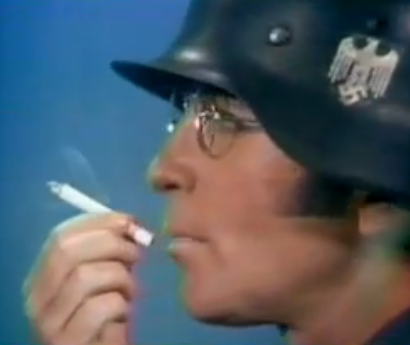 Thank you for posting that brochure
0 Replies
0
Reply Sun 2 Dec, 2012 04:41 pm
Most of Europe needs this kind of strict restriction because most of Europe has been brutally torturing & killing fellow Europeans for centuries. The advent of modern weaponry only exacerbated the brutality. You Europeans have much more hands on experience with mayhem in your backyards than we Yanks do.

Unlike the European populace, our populace is unbelievably well armed and fairly well trained... if we are somehow forced to fend off enemies that are amongst us it will be like nothing the world has ever seen. United we stand - Divided we fall.
2 Replies
1
Reply Sun 2 Dec, 2012 05:13 pm
@H2O MAN,
Dick Head.
1 Reply
0
Reply Sun 2 Dec, 2012 05:31 pm

You Europeans have much more hands on experience with mayhem in your backyards than we Yanks do.


Indeed. When the Swiss got democracy in 1291, it all started with