The Winding Road To The Republican Nomination For President

Forums: Politics, 2012 Election, Obama, Elections, Primaries
Email this Topic • Print this Page
1
Reply Tue 17 Apr, 2012 07:13 pm
@Cycloptichorn,
I agree; Mitt is very secretive about everything, and he's not about to change his character.

He reveals all the flaws of his character when he opens his mouth, and that will also continue until November.
1 Reply
1
Reply Wed 18 Apr, 2012 10:47 am
@cicerone imposter,
Here's the latest news on Obama vs Romney.

Romney and Obama Are in a Tight Contest, Poll Finds
By DALIA SUSSMAN
Mitt Romney has solidified support within his party for the presidential nomination after Rick Santorum’s exit from the race, but is locked in a tight race with President Obama as attention turns to the general election phase of the campaign, the latest New York Times/CBS News poll finds.

Since those favoring Romney is based on voting out Obama, I just wonder how successful that will turn out in November?

******
On another issue, the Republicans are trying to cut food stamps to save money for our military. I wonder how many registered Republicans are living on food stamps? I'm sure they'll vote for their own party members to starve to death.
0 Replies
1
Reply Fri 20 Apr, 2012 06:06 pm
@ossobuco,
Yes, RJB. Have a quick and full recovery. As far as your value to A2K is concerned you're too big to fail.

In an e-mail to supporters, Mr. Paul said he would no longer actively campaign in states that have not yet held Republican presidential primaries. To do so, he said, “would take many tens of millions of dollars we simply do not have.”

But Mr. Paul made no mention of Mitt Romney, and he did not say he would spend time helping defeat President Obama. Instead, he vowed to continue pursuing a “delegate strategy” that would provide his movement influence at the Republican National Convention in Tampa, Fla., this summer.

“I hope all supporters of liberty will remain deeply involved — become delegates, win office and take leadership positions,” he wrote. “I will be right there with you. In the coming days, my campaign leadership will lay out to you our delegate strategy and what you can do to help, so please stay tuned.”

I lost track of how many times Paul has campaigned for President. He never got any traction before and barely got any now. Hopefully this is the last time. 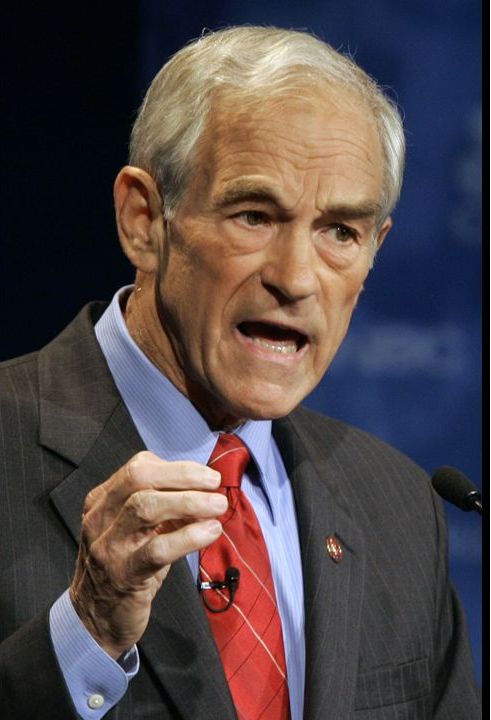 0 Replies
1
Reply Mon 14 May, 2012 09:11 pm
@snood,
It has to be somebody worth following before they get my support. Most third party candidates have little to offer, in my view. But I keep hoping.
0 Replies