Forums: Baseball, Sports, Mlb, Games, Fantasy
Email this Topic • Print this Page
2
Reply Mon 27 Feb, 2012 04:09 pm
@jespah,
I am looking forward to it Jes. Thank you!
I hope I don't embarrass Rock too terribly much.

I hope I don't embarrass Rock too terribly much.

That would be an impossible task.

Do you need the information to sign up for the league, Mismi? I have that around here somewhere or George/Rhys can get that to you.
If you join we will be at 11 players but need to end on an even number (12). Fortunately the draft was pushed back so I have time to nag.
Welcome!

Who are the braves?

we now have assembled a triumvirate of the likes never seen before in yahoo baseball.

It's right there in our national anthem, Mismi: "...the land of the free and the home of the braves."
Geesh.

we now have assembled a triumvirate of the likes never seen before in yahoo baseball.

I love intimidation through word usage.

and will have missy up to speed shortly

This was his first time without tethers or any physical connection to an
instructor.

I still remember my first run down the bunny slope.

and my first giant pileup in the snow...
2 Replies
1
Reply Sat 3 Mar, 2012 02:54 pm
@Rockhead,
And I remember my one and only attempt at skiing: Ft Leonard Wood, Missouri, in about January, 1969. I was there for AIT Army training ahead of deployment to VN. A weekend pass on a slope perhaps less challenging then the one Rhys faced. I led with my nose all the way down and spent the rest of the weekend in the bar feigning an ankle injury.
1 Reply
1
Reply Sat 3 Mar, 2012 05:20 pm
@realjohnboy,
I learned to ski, slightly, at Badger Pass in Yosemite. I went with two friends who already were fair skiers. I missed getting into the morning lesson for beginners, so I tried it on my own. Had to stop myself at some stand near the lodge where people put their skis when eating inside. Egads. Never did learn to do other than snow plow, though I took the t-bar to higher ground, this after one beginning lesson. Sort of fell off the t-bar. I think I fell twenty three times on the way down.
Call me grace.

Went to Mammoth later with another friend, same deal only she was an expert skier. I puttered around the bunny area. That trip was memorable for the two times she got a flat tire in mid mojave desert, let's say 2 a.m., and shortly after putting on the spare, at 3 a.m. That's also the trip I learned my eyes were funny - she could see stars and I couldn't.

I turned off of skiing when I worked with a ski maniac. Bindings, boots, which skis are best, the Cornice.. she never shut up. 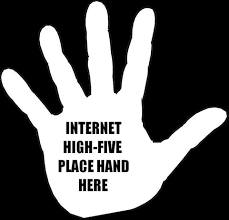 I still remember my first run down the bunny slope.

and my first giant pileup in the snow...

Hate to say it but the whole group went down...apparently they were beginners as well...which would explain the whole gathering at the bottom of a hill right off of the chair lift.