A better understanding of Antisemitism

Forums: History, Jews, Religion, Education, Philosophy
Email this Topic • Print this Page
1
Reply Mon 6 Feb, 2012 11:39 am
@izzythepush,
It's hilarious to see you charge me with responding without fully digesting. In that entire, long post, you battened on the comment about what is taught in schools, and even then attempted to distort it by editing. I don't care what you object to, all i see is a petulant boy trying to pick a fight.

It's hilarious to see you charge me with responding without fully digesting. In that entire, long post, you battened on the comment about what is taught in schools, and even then attempted to distort it by editing. I don't care what you object to, all i see is a petulant boy trying to pick a fight.


I wasn't trying to distort your comment, in any event, whether or not it refers to the the sentence that comes before it, or the one that follows, is irrelevant. You made an unnecessary remark about how we view our own history.

Your confusion became clear when you claimed that at the time England was not part of the UK, as if that had any bearing on the subject.

I don't think you're mean, your waspish comments usually make me chuckle. I would very much appreciate it, if in future, we argue about what I've actually posted, instead of what you think I've posted. I really hope this confusion is just down to carelessness on your part.
1 Reply
1
Reply Mon 6 Feb, 2012 11:58 am
@izzythepush,
What you actually posted was a distortion, an intentional distortion through editing. You continue the distortion with your hysterical comments about how you view your history. I said "likely," i made no positive contentions about how your history is taught in schools, it was only speculation.

There's no confusion on my part with regard to the UK, either . . .

I was also aware of the persection of the Jews in the UK in the middle ages.

. . . as there was no United Kingdom in the middle ages, there could not have been any persecution of the Jews in the UK in the middle ages. Besides, as i pointed out in that post, this is the kind of drivel you're producing in your hysteria.

So i have addressed what you actually posted--you just can't admit it.
1 Reply
1
Reply Mon 6 Feb, 2012 12:08 pm
@Setanta,
God, you're still confused, even after I've spelled it out. This is the sentence I took issue with.

You likely won't know this if you were educated in England.

You may think my editing distorted the message because it referred to the persecution of the Jews in the middle ages, and not to the expulsion of the Jews under Edward I. In fact it could be read either way. Regardless of of which way you look at it, it suggests we have a rose-tinted view of our history. Whether or note that unfounded suggestion refers to the persecution, or the expulsion is irrelevant.

There's no confusion on my part with regard to the UK, either . . .

Really, so how many people do you think there are living in England today, who went to school before England became part of the UK?

You really are Little Miss Can't Be Wrong.
1 Reply
4
Reply Mon 6 Feb, 2012 01:51 pm
@OmSigDAVID,
Jeeeezus Dave! Your spelling is atrocious. Can't you even try to get it right?
1 Reply
2
Reply Mon 6 Feb, 2012 01:57 pm
@Setanta,
I was talking about the entirity, not just the best bit, but you're quite right, the UK wasn't established until much later. That doesn't mean you know anything about the teaching of History in the UK, which was the point I was making.

Jeeeezus Dave! Your spelling is atrocious. Can't you even try to get it right?


Your way is the RONG way.
It has been for 1OOs of years (but u knew that).

VICTORY IS INEVITABLE for fonetic spelling!

In the 14th century, John of Gaunt, son of the old king, married a daughter off to a Portuguese prince. It didn't work out to get a foot in the door of Portuguese royal politics, but it started amicable relations. Portugal was kinda poor, and didn't have much of an export market, but the English bought wool from them, and a sickeningly sweet red wine, which they picked up in Oporto, and therefore called port. One day, no English "gentleman" would have his dinner without serving port wine after the meal--but that was in the future.

The Portuguese were also fishermen. Like several European nations, in the 15th century, theywould sail off to the Grand Banks off the coast of North America for the fabulously heavy haul of fish they could catch. Then, like everyone else, they'd land to salt down the fish or smoke it, then sail back home and sell off the catch. In the 17th century, the English colonized Massachusetts, and many English fishermen settled there (to the disgust of the Puritans), and then they could fish year 'round, weather permitting, and the wife and kids could smoke the catch, or salt it down. Then it was sold to the ships that came several times a year for the valuable catch.

Well, thanks to their special relationship with England, the Portuguese began to settle in New England (to the even greater disgust of the Puritans--my God ! ! ! they were Catholics ! ! !), too, and sail off to fish, and bring it back to shore for the wife and kids to salt down or smoke. They weren't getting rich, but they made a good living. So many Portuguese settled in Massachusetts, that at the time of the War of 1812, large portions of the crews of United States naval vessels were Portuguese. On some warships, the Portuguese were the majority of the ordinary and able seamen when they left port. Thanks to the Royal Navy cruisers, it wasn't safe to go fishing, so it was a job, at least.

After the war, and thanks to the war, the Americans were the first ones back on the Grand Banks, and the English fishing industry there never recovered its former glory. Foremost among them were the Portuguese from Massachusetts.

Was this a nefarious plot by the vile, Catholic Portuguese to take over the American fishing industry ? ! ? ! ? Are we ignoring the thin end of the wedge, as the deceitful Portuguese take over one of our vital industries ? ! ? ! ? Why are there still so many Portuguese in Massachusetts ? ! ? ! ?

Are there any readers that think there is a Jewish monopoly on anything in your country? 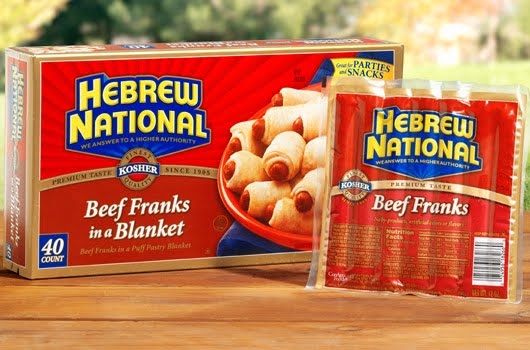 0 Replies
0
Reply Mon 6 Feb, 2012 06:58 pm
@Setanta,
I did not see anything wrong with them fishing and even if it was a monopoly of some sort it would not be like a monopoly that could persuade the political decisions of a whole population other than the fishing industry perhaps.
I myself think that a population can be somewhat led by a monopoly of the media.
1 Reply
2
Reply Mon 6 Feb, 2012 07:00 pm
@reasoning logic,
Not only do you have no sense of humor, apparently, irony is alien to you, too. Just how many television stations, radio stations, newspapers and magazines do you think there are in the United States? How many Jews do you think there are in the United States? If they're monopolizing the news media, monopolizing the entertainment industry and infiltrating the goverenment, when to they find time to reproduce?

You need to grow a sense of proportion and some perspective.
2 Replies