Forums: News, Rubberneckers, Assumptions 101, Whinger, Whinge
Email this Topic • Print this Page
1
Reply Tue 17 Jan, 2012 10:19 pm
@jcboy,
hell, you need to get a Hinkley Talaria and set a pilot course to some of the out islands. Its waay more fun in a boat that you sail or pilot.
Taking a banana boat cruise is kinda cool if you want the kids to really have a seagoing experience
2 Replies
1
Reply Tue 17 Jan, 2012 10:22 pm
@farmerman,
farmerman wrote:


". . . A beautiful bunch of ripe banana
hide de deadly Black Tarantula. . . .
Daaayyyo, day day aaaayo,
come daylight and I wanna go home."
0 Replies
2
Reply Tue 17 Jan, 2012 11:32 pm
This is not the first time a captain let a crew ship in trouble before the passengers as I remember hearing of such a happening a decade or so ago.

Have not yet google search for the details but if memory serve me correctly the whole bridge crew that time join him leaving only lower level crew members to help the passengers.

It amazed me that the cruise industry have half billion dollars ships and in order to save dollars in operating them they had a crew from all over the third world that had language problems not only communicating with passengers but with each other.

3 Replies
2
Reply Tue 17 Jan, 2012 11:41 pm
@BillRM,
Well passengers come from all over the world also, so mayvbe the cruiseline thought that , statistically, with that mix of passengers and crew, somebody ought to be able to understand somebody else.

The testimony came at a preliminary inquiry Tuesday into the sinking of the 22,000-ton Soviet luxury liner Mikhail Lermontov, which went down off New Zealand's South Island Sunday after smashing into rocks.

Lt. Peter Batchelor, a naval patrol boat commander who took part in the rescue operation, said he and his men saw the Soviet crew members arriving in motor launches and ordered them to return to find survivors.

When they found more bodies today, they had life jackets on.

In an emergency, the passengers should have been able to count on getting help and clear communication from the crew.
The captain leaving his crew, and the passengers blows my mind.


Can u say "N A I V E" ?
Behold human nature and learn what u can expect
in assistance from your fellow humen.

Reginald Denny found that out in L.A.
and that was the last thing that Kitty Genovese found out during the final hour of her life in NY.

The testimony came at a preliminary inquiry Tuesday into the sinking of the 22,000-ton Soviet luxury liner Mikhail Lermontov, which went down off New Zealand's South Island Sunday after smashing into rocks.

Lt. Peter Batchelor, a naval patrol boat commander who took part in the rescue operation, said he and his men saw the Soviet crew members arriving in motor launches and ordered them to return to find survivors.

I wonder whether the Austrailians
were commies, or maybe fellow travelers (no pun).

Even if there was a practical means to have standardized regulations and an enforcement agency on a global scale, this accident still would have happened.

How many died and how many of those who did might have been saved by government regulations?

It's important to note that this site records the incidents of all passenger ship sinkings and not just those involving cruise ships.

If you take a look at this list, it's extremely difficult to come to any other conclusion that the risk of cruise ship passengers dying as a result of their ship sinking is very, very minimal.

You'll also get the impression that if there is shipping that perhaps needs more regulation, it involves ferries and particularly those in developing nations, but that might smack of colonialism and so we can be sure the world will not be heading there or that the NYT will be calling for it to do so.

No, cruise lines make a lot of money and so they are the more appropriate targets.

There are practical and historical reasons why cruise ships are not more closely regulated, but there really is little evidence that they require greater regulation.

What regulations would have prevented the recent disaster?

Most of the calls for cruise ship regulation relate more to crime than sinkings, and this has become a pet cause for some politicians, so-called consumer advocates and members of the news media.

A great many people are murdered every single day, and yet the stories of all of these crimes don't dominate the daily news cycle. How could they? There wouldn't be any time left to provide a weather report.

Yet when it is suspected that someone has been murdered on a cruise ship, the story gets major coverage; particularly by the tabloid journalists.

The chance of a cruise ship passenger being murdered while on board are far, far less than the chance of their being slain while on land in a port of call, and yet the former more often makes the evening news.

The following is from another NYT article on cruise ships:

In recent Congressional testimony following Mr. Smith's disappearance, Mr. Crye cited the following statistics: the national rate of violent crimes is about 465.5 per 100,000 inhabitants, while the Federal Bureau of Investigation reports an average of only 50 crimes a year against U.S. citizens on cruises. According to the Bureau of Justice, 1 in every 1,000 people is raped or sexually assaulted on land each year; on cruise ships, there is only one alleged incident of sexual assault for every 100,000 passengers.

While there may be reason to suspect that crime reporting by cruise lines is not 100% accurate, does anyone believe they are jiggering the statistics by a factor of 100?

I'm surprised that the NYT hasn't recognized the inherent classism in the irrational concern for crime on cruise ships.

The victims of cruise ship crimes have money, perhaps not millions but certainly enough to afford the thousands of dollars a ticket costs.

Poor people are robbed and murdered every day. Are prominent Senators and Representatives calling for regulation of the ghettos?

Regulations cost money and not just for the companies regulated. Tax dollars are required to fund regulatory agencies.

Who will be served by increased regulation of cruise ships? 15 million people who take cruises is no small number, but that's the number worldwide, not just in America. That number is around 7 million which is still a lot of people, but it's dwarfed by the number of people living in crime infested inner city neighborhoods in our country.

On top of all of this...there is no evidence that the 15 million people are at a material level of risk.

The market will take care of whatever risk there may be.

Carnival's stock has dropped some 20% and may drop further. The sinking is likely to deal at least a temporary blow to all cruise ship bookings.

Does anyone really think that even rock-hearted capitalist executives are going to say: "No big deal. Let's make believe the sinking never happened?"

Of course they won't.

This notion of evil robber barons squeezing out every penny of profit at the expense of the lives of employees and consumers can make for a successful movie or book, but it doesn't have anything like a widespread manifestation in the corporate world.

First of all, executives are people too. They have principles and generally do not suffer from amorality.

Secondly, even those who do are driven solely by profit wouldn't take such a position...for long. You can't make profit for very long if your product or service is killing consumers.

The reality is that when one of these things happens, senior management overreacts. Instead of analyzing precisely what went wrong and addressing it with a focused solution, they impose draconian internal rules and regulations that hurt their own efficiency and profitability. You can hear the Carnival CEO pounding on the board room table and yelling "No captain of ours will ever again be allowed to veer off the automated course!"

Of course this in itself can be a recipe for future disaster, but that's the way a lot of senior executives think. Believe me, they are nowhere near the diabolical masterminds so many of you consider them to be.

The larger the company, the more the executive team is concerned first with their careers and then the profits of the company, and you might be amazed at how often the two things are not connected.

The fact that most, if not all, cruise lines report crimes involving American passengers to the FBI suggests that our government has some clout based on the economic importance of this country to the industry, but beyond that?

This was a terrible incident and it appears pretty clear it was due to the incompetence and cowardice of the ship's captain. What regulation would have prevented it? INT-416 - No cruise line will hire incompetent and cowardly captains?

David
0 Replies
2
Reply Wed 18 Jan, 2012 04:51 am
@Finn dAbuzz,
The people who carry the insurance for these ships should crack down that was a half billion dollars ship crew by the cheapest crew that the crew line could find.

That the problem and it would be hard for nations to crack down on foreign flags vessels however you can not operate such a ship let along get loans on such ships without insurance coverage.

Sorry but no matter how few deaths had resulted so far there are safety issues mainly revolving around crews that are not train up to any sane standard and it just a matter of time if something is not done where the lost of life will be in the thousands.

Footnote you can not place the blame on one man as if the good captain had let the ship and not done his duty the first officer should had taken over and that seems not to had happen.

I heard that he is claiming he did not abandon the ship, that he was thrown into the water when the ship tilted.

But he certainly refused to get back aboard, even when ordered to do so.

the first officer should had taken over

I think the first officer was with him.

You mean the first officer was thrown overboard with him? 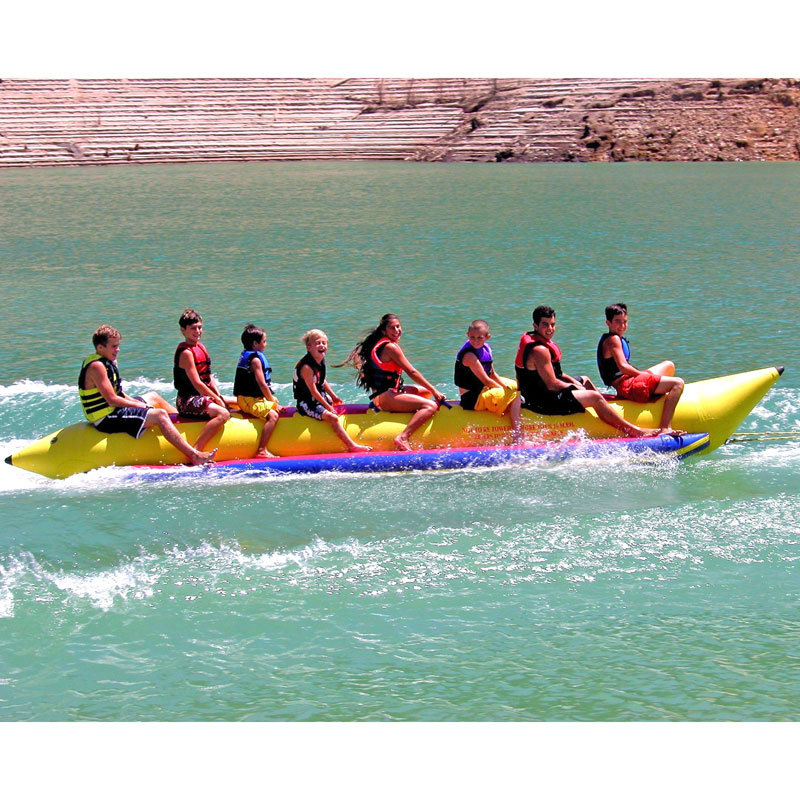 Many of the reports I heard/seen on TV and in the paper from passengers said that the crew as in kitchen help were helping them whereas those that should be were no where to be found.


Reminds me of the 2008 Mumbai attacks and how the staff of the Taj Mahal saved a bunch of guests. It was ordinary staff, not necessarily security who helped save people. Many died.