So, suppose the far right wins

I am less scared by the idea of a President Romney than pretty much every other option. I think he has a basically competent and pragmatic viewpoint (healthcare in Massachusetts) and that he's throwing the far right some red meat so he can get the nomination.

I both dislike the fact that he's doing that and question whether he'll be able to fool the far right/ tea party contingent long enough to get the nomination.

And the other options genuinely worry me, a lot. (Bachmann, Perry, Paul, Palin, etc.)

Ron Paul has discredited himself; he is a hopeless pacifist. He approved of a nuclear-armed Iran.
Think of a nuclear 9/11/1. As of now, I am supporting Perry.

The GOP is America's conservative party,
to support Original Americanism--that of the Founders,
with full loyalty to the US Constitution with its Bill of Rights.

Romney is not a conservative, as his dad was not.
He is an opportunist in Republican clothing.
For that reason, I agree that he probably will not get the GOP nomination.

I'll argue with myself in that I would, despite what I said,
like to know what many old time republicans think,

Sorry, honey, you are a gun nut.

America 's Founders loved guns.
Ours r much better than theirs, Osso.

Or in your case, a substitute. 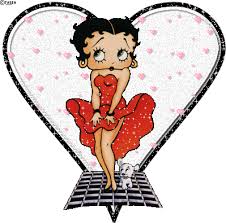 Compensate for being too aggressive ??


No, I believe your masturbatory attachment to your luger is to compensate for diminished nut capacity.
1 Reply
2
Reply Thu 15 Sep, 2011 03:45 pm
@izzythepush,
OmSigDAVID wrote:

Compensate for being too aggressive ??

No, I believe your masturbatory attachment to your luger is to compensate
for diminished nut capacity.

What is "nut capacity"?
Mentally, I was attached to Lugers long b4 I acquired one.
I first saw it in the hand of a Catholic priest, when I was 6.
I remember his words, to wit: "this is a German Luger."
It was not loaded. I was impressed by its sleek lines;
(55 degree handle).

Will u explain what u mean by "nut capacity" ?