1 Judge not, that ye be not judged.

2 For with what judgment ye judge, ye shall be judged: and with what measure ye mete, it shall be measured to you again.

John 8:7
They kept demanding an answer, so he stood up again and said, "All right, but let the one who has never sinned throw the first stone!"

And STOP asking me personal sex questions in public.

Have you ever had sex with an animal?

KIDS need CHRISTIAN heroes they can look at- CHRISTIAN comics would make a good evangelistic tool.

And, while many people might share your view, you certainly don't expect everyone to agree with your opinion, do you? In this particular forum, you don't seem to be getting much support for your contention that "the world needs more Christian action heroes and superheroes". I think you simply have to accept that. You can't badger people into agreeing with you, or insult them so they'll stop disagreeing with you. You just have to accept that their views differ from your own.

If you want people to listen to you with an open mind, perhaps you should do the same.

"So whatever you wish that others would do to you, do also to them, for this is the Law and the Prophets."

In other words, there is a time to listen, and not to proselytize, particularly in a public internet forum. You are short on listening and long on preaching. You can express your religious views, and your opinions on other issues, but you cannot try to ram them down other people's throats, or insist that others agree with you, without generating more antagonism than support for your cause. So, your current tactics on this site are essentially self-defeating. Not only are you not convincing people to agree with you, your obsessiveness, and your personality, becomes the focus of attention rather than the message you are trying to deliver, or the point of view you would like others to share. This does not mean you are being "idolized", as I believe you have mistaken stated, but rather that you are being ostracized for behaving in a manner which causes others to feel irritated by you, attacked by you, judged by you, insulted by you, belittled by you, etc., when they respond to your posts--in short, given your style of relating, you wind up being regarded as a rather odd ball pain in the neck, and people begin using you, and your ideas, as a source of amusement and entertainment. If that sort of negative attention isn't your goal, you really should give some thought to how you might change your approach. Are you really treating others the way you yourself would like to be treated by them? Again, I repeat.

"So whatever you wish that others would do to you, do also to them, for this is the Law and the Prophets."

To return to the topic of this thread...

You apparently do believe there should be a wider market for Christian comics, including Christian action heroes and superheroes. Do you have any criticisms of the current comics already on the market, such as this one?

Do you know what concrete factors currently limit the wider distribution of Christian comics, or do you have any ideas on how the market demand for such items might be increased? Do you attend the Christian comic conventions, or have you met, or corresponded with, any of the artists, publishers or distributors who are involved with the production or marketing of these items? If so, how have they reacted to your ideas? Have you learned anything from them?

I'd be interested in knowing how seriously you have pursued this issue with the people who are actually involved in the production and distribution of Christian comics, or similar Christian material. Since you say this is a career you would like to pursue, have you begun making important contacts in the field in order to get some feedback about the viability of your ideas? That would seem, to me, to make more sense than the kind of opinions you are trying to solicit in this thread from people who may have no interest in, or knowledge of, the Christian comic industry.
1 Reply
1
Reply Wed 2 Mar, 2011 05:48 am
@JGoldman10,
JGoldman10 wrote:

What is the problem you people have with CHRISTIAN heroes?

i don't have a real problem i guess, but the subject matter holds no interest for me

i like most comic books just the way they are, i don't buy into the good or the evil, they are just stories, as a christian i realize you're going to feel different, and you have your right to your opinion and i have my right to mine, that's what makes the world a great place
0 Replies
1
Reply Wed 2 Mar, 2011 06:39 am
@firefly,
I would consider that fact-Jesus is on His way back soon. These are the End Times. I know comics are big business and kids today need more Godly influences.

I would like to pursue others in the Christian comic market-I was trying to figure out how I can get a comic book convention going in my hometown. One of the people I know who runs a local shop thinks my hometown is too small. She suggested contacting other comic shops regarding this. The Mayor's Aide said I have to have the right contacts.
1 Reply
5
Reply Wed 2 Mar, 2011 02:32 pm
@JGoldman10,
Quote:

I would like to pursue others in the Christian comic market-I was trying to figure out how I can get a comic book convention going in my hometown. One of the people I know who runs a local shop thinks my hometown is too small. She suggested contacting other comic shops regarding this. The Mayor's Aide said I have to have the right contacts.

For at least the past 6 years, you have been posting on the internet and talking about creating, publishing, and distributing your own comic book, and various related cartoon materials, and this is your level of understanding of the commercial aspects of the comic book industry, particularly the Christian comic book industry--it's "big business"?

I am frankly baffled at how an alleged college graduate, in his 30's, could be so woefully naive and uninformed about the basic specifics of an industry, and a commercial enterprise, that he talks about wanting to make his life's work.

Truthfully, JGoldman10, I find it hard to believe that you do in fact hold a bachelor's degree from a 4 year college or university. Did you receive your education in "animation" at some other type of educational institution? Have you ever actually been employed as an artist of any sort?

You may be an avid comic book fan, and you certainly are an avid Christian evangelist, but all your talk about wanting to get another degree in cartooning, and creating, publishing, and distributing, your own comic book, or cartoon parodies, seems to me to be little more than adolescent fantasizing about what you'd like to do some day when you grow up. Your ideas seem disconnected from the real world of business and the nitty-gritty substantial details, and hurdles, of actually starting and maintaining a commercial enterprise. Wanting to have more Christian themed comics so that kids will have more "Godly influences", might seem like a nice idea, but are you even sure there is a real market demand for more such items? Are you sure that sales of such items can generate enough of a profit to keep them afloat as a business venture? Have you even connected with the reality of the Christian comic book world or any of the people currently working in it?

Dreaming of bringing a comic book convention to your hometown, so you could make some contacts, seems like just another unrealistic idea on your part. You can't move the mountain to you, you have to go to the mountain. That you seem so clueless about how to actually go about finding, and making, significant personal contacts in a field you profess to have such interest in, really suggests you are personally ill-equipped to bring any of your ideas to fruition. You really seem quite out of touch with the real life adult world, particularly the concrete business aspects of the world you live in. Just having lofty ideas does not help to pay the bills or put food on your table. And, if you are genuinely an adult in your 30's, you are getting a little long in the tooth to be engaging in mere daydreams about what you'd like to do with your future. For your sake, I hope you currently have a decent job, with some sort of future, because I think the outlook for your success as a commercial artist/cartoonist seems rather dim given the current immature level of your thinking.
5 Replies
1
Reply Wed 2 Mar, 2011 02:40 pm 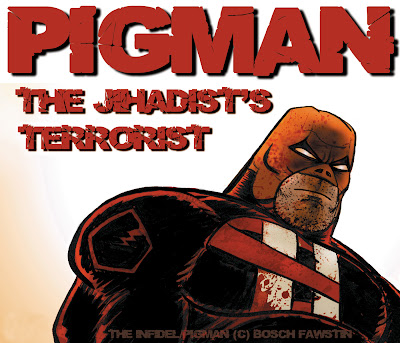 What does age have to do with anything?

Your level of thinking seems extremely naive and immature for your age, if, in fact, you are over 30.

I know what I want to do.