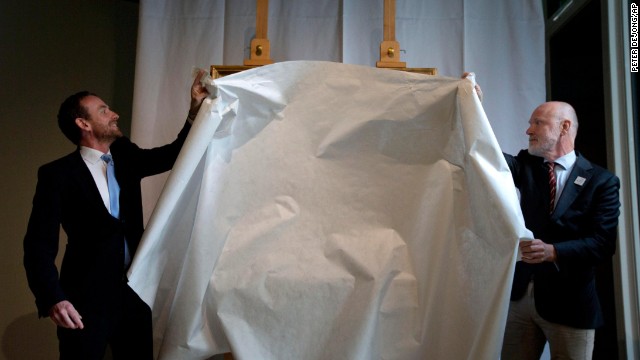 (CNN) -- More than 120 years after Vincent van Gogh's death, a new painting by the Dutch master has come to light.
The Van Gogh Museum in Amsterdam, which holds the largest collection of the artist's work, announced Monday the discovery of the newly identified painting, a landscape titled "Sunset at Montmajour."
"A discovery of this magnitude has never before occurred in the history of the Van Gogh Museum," the museum's director, Axel Ruger, said in a statement.
Van Gogh is believed to have completed the relatively large painting in 1888, two years before his death and during "a period that is considered by many to be the culmination of his artistic achievement," Ruger said.
Type: Discussion • Score: 8 • Views: 8,285 • Replies: 10
1
Reply Mon 9 Sep, 2013 08:47 pm
I saw it.

I like the new painting. It looks better to me close up. I like seeing the brush strokes.
0 Replies
4
Reply Tue 10 Sep, 2013 12:55 am
Apparently, it was found in a garage sale and dismissed on A2K as a fake!

Or am I thinking of that other bloke?

That's only 'cause Van Gogh painted a tardis in the upper left hand corner.


That means the painting is authentic as Dr. Who really did visit Van Gogh before he passed away as documented in season five of the nonfiction PBS reality series of his name sake.
1 Reply
1
Reply Fri 13 Sep, 2013 10:02 am
@tsarstepan,
True! It's a documentary!

Watch out for weeping angels and dalleks!!
0 Replies
0
Reply Mon 16 Sep, 2013 05:46 am
@edgarblythe,
Thanks very much for your interesting share. I have been looking for such content for a really long time.
1 Reply
3
Reply Mon 16 Sep, 2013 07:02 am
@AnnieSialo,
Thank you for thanking edgar, as I have also been searching out this find for a very long time. Now it has being exposed, I can start my quest for the next amazing find.
I also love spam, especially the business directory kind.
0 Replies