The 4 Seasons of Ice Cream: Your favorite ice cream thread

not only that, googleing denies my memory.

Ben and Jerrys will be making a beer flavored ice cream.
0 Replies
2
Reply Mon 7 Dec, 2015 05:05 am
@tsarstepan,
I love vanilla and chocolate flavor, both are best for every season.
For toppings it depends on mood and availability in shop..
1 Reply
2
Reply Thu 28 Jul, 2016 10:39 am
@ranjeet80,
1 Reply
3
Reply Tue 20 Sep, 2016 07:59 pm
@tsarstepan,
Every time we hed up into Maine or deeper into the MAritimes, I am always pleasantly reminded of the unique flavor of GRAPE NUTS ICE CREAM (Its a vanilla ice cream that contains malt flavor and is pumped through and through with grape nuts cereal slurry). They mix a big laod of grape nuts with a bit of the malted vanilla and pump and swirkl it through a regular vanilla ice cream ) I think its my favorite flavor and I miss it every time I have to head south
I wrote to Hershey Chocolate, Eby's and Turkey Hill and keep getting blown off by their "corporate suits".

Ben abnd Jerry's used to make it as a seasonal thing but since every ice cream company in New England made it, they just flat quit.


Hqd me some tonite after a fine supper on board
1 Reply
3
Reply Tue 20 Sep, 2016 08:32 pm
@farmerman,
Grape Nuts Ice Cream is one of my favourites. A little Caribbean ice cream shop makes it here.

I had wonderful Grape Nut Pie near Rockport about 25 years ago. That was a memorable memorable dessert. So delicious.
0 Replies
2
Reply Tue 20 Sep, 2016 08:39 pm
My all-time favorites:
Neapolitan ice cream between two wafers
Kilimanjaro ice cream bar (made by HB)
Vienetta ice cream cake
All three I used to love when I was younger, and living in Ireland.
0 Replies
2
Reply Wed 21 Sep, 2016 05:22 am
I've never had it in the states but ashta or qashta ice cream. It uses clotted cream, arabic gum and rose water and is super good. Normally is coated with ground pistachios that look like moss or matcha.
1 Reply
2
Reply Wed 21 Sep, 2016 08:07 am
@perennialloner,
Just did some googling - that looks really good. I'm going to check out a couple of local markets and see if anyone carries it.
1 Reply
2
Reply Wed 21 Sep, 2016 09:36 am
@ehBeth,
you should also check for bastani if you haven't tried it. it's kind of similar to ashta ice cream but has saffron and eggs. i've had it at a persian restaurant. very yummy as well
1 Reply
1
Reply Wed 21 Sep, 2016 09:38 am
@perennialloner,
I've had bastani at Tirgan. Very nice.
1 Reply
1
Reply Tue 4 Apr, 2017 10:33 am
@ehBeth,
0 Replies
2
Reply Tue 18 Apr, 2017 05:57 pm
Sigh, I wish I lived in NY City for part of the year, if only for the food. This from Village Voice:

Ice cream, for example (photo).
I don't know if I'd like this one, but I might, which is the fun of it.

This massive food hall opens in April, joining the Alamo Drafthouse, Target, and other businesses in the City Point development project on the site of Downtown Brooklyn's old Albee Square Mall. Options for takeout and sit-down eats will come from about forty local and regional spots like Hard Times Sundaes, Ample Hills Creamery, and Katz's Delicatessen; there will also be a butcher, fishmonger, and bakery, among other attractions. DeKalb Stage, a show kitchen and event space, will put on workshops and live entertainment for young and grown foodies alike.


I give up on capturing the ice cream cone image.
I'll leave the text anyway, so as not to have totally wasted a half hour. 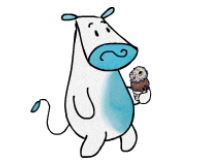 Not ice cream but key lime pie-sicles from a famous NYC bakery? 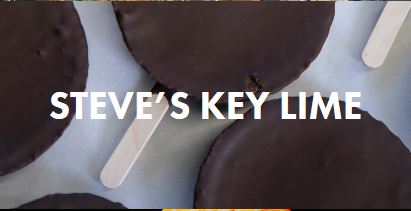 1 Reply
1
Reply Fri 7 Jul, 2017 09:28 am
@tsarstepan,
Ice cream lock. Not particularly secure if the dairy burglar saws his or her way through the bottom of the pint.