No doubts here IB. The unpleasant things all were in plentiful supply before the advent of Christianity and might thus be assumed to be largely independent of the promulgation of delusions and to be hard wired into our species. Pleasant things were very few and far between, probably unknown for most people, and have only become common since Christianity flowered.

You might read the Classical historians with some profit on the subject of pleasant things in the world they wrote of. Turning from that, as one well might, to a Sears, Roebuck catalogue you should get the picture. Not only is it unnecessary to fight for such pleasant things but one is begged to take advantage of them.

It's a no-brainer IB.
0 Replies
1
Reply Fri 4 Apr, 2014 11:23 am
@InfraBlue,
I wasn't thinking of neighbours in the sense of those in the street or the desks in an office. I was more thinking of the Taliban, the Russians and the like.

Even the Brits and French and Germans who are loved enough to take the trouble to tap their communications.

I suppose that we hold to the delusion of loving our neighbours in the hope we might eventually learn to do so.

In other words, it's a statistical model of the crudest form to try and understand the physical world, let alone biology or Greek literature.

Anyone who doubts that should peruse with attention The White Goddess by Robert Graves and follow up the scholars he refers to. The Bible is an even more difficult riddle.

Science is quite easy by comparison. With science a person only needs knowledge of some narrow speciality to feel scientific but with mythology, folklore and superstition it is necessary to have a total picture before any of it makes sense.

It is understandable that those who have not engaged with the riddles of art will reject the idea that riddles are involved and thus find the way clear to considering each item in isolation and scoffing at them. The scoffing serving as reinforcement of their rejection.

The subject is very difficult, and the Irish ollaves had no interest in making it plain to outsiders.

Ollaves were master poets and one can easily see their point. Their position depended on the arcane nature of their knowledge and it being kept secret within their small circles.

Which makes one wonder why Thomas and Olivier seek to make their entropy ideas plain to us.

If they succeeded we would all become physicists and naturally refuse to pump gas, wash dishes and remove the garbage, and the label would cease to carry the cachet they both must assume it does. So they are self defeating unless their explanations are red herrings designed to confuse us.

1- If your wife or child was seriously ill, wouldn't you want somebody to pray for them?

Praying does absolutely NOTHING. It doesn't impact reality at all period. This is just another way that stupid theists take a huge **** on the thousands of hours doctors and nurses put into their work to improve medicine and help treat illnesses and disease. If you actually want to be effective, donate money to medical research. Praying is useless.

2- God has already revealed himself by creating the universe and life on earth, or do you think it just decided to create itself?

Bullshit. It does not prove anything that there is a universe. Just because there is a universe it doesn't mean a god exists. You are using the fallacy argument from ignorance. Since we cant' explain "yet" why the universe exists you assume there must be a god. Well every previous unknown like lightning was attributed to a god but now we understand it. One day we will probably understand why the universe is here but you morons will still claim a god is behind that cause.

3- If somebody prays without meaning it, God will refuse to accept the call.

No, prayer is useless, it does no impact to reality. There is no god to answer any prayers. The only thing you have is coincidence occurrence. You completely ignore all the times it failed and only remember the times it sort of happened how you wanted. It is biased memory.

4- Jesus already told us what The Truth is.

5- If somebody rejects Jesus they're morally bankrupt

6- God gives every human exactly the same chance, but many don't take it.

Oh I guess all those children that die before the age of 2 had the same chance right? You are full of ****.

A god never existed in the first place.

8- Jesus said there is a God so who shall we believe, him or atheists?

laughable. What would you expect him to say? Oh course the cult leader is going to say there is a god.

9- We all go through stages in our lives, for example years ago I went through a brief 'atheist stage' but it didn't last long because i felt stupid.

No, you just ARE stupid. You are a moron.

10 - Atheists don't believe satan exists, therefore they've got no defence against him and he has them for breakfast..

He hides in your closet right? Which is why you sleep with the light on? How old are you? But you have the mentality of a 5 year old. Here is the thing if satan is manipulating people then they are NOT responsible for their actions. How can they be if they are being manipulated. Of course you moronic theists never consider this fact, you just like to make up **** instead.
2 Replies
1
Reply Fri 4 Apr, 2014 12:38 pm
@Krumple,
Quote:

It doesn't impact reality at all period.

It impacts that persons reality. Why are you so bothered by other peoples beliefs? What harm have they caused you? Or are you a Christian in the Middle East?
1 Reply
1
Reply Fri 4 Apr, 2014 12:40 pm

It impacts that persons reality. Why are you so bothered by other peoples beliefs? What harm have they caused you? Or are you a Christian in the Middle East


It is the the scope of it that causes problems. Christians want to retard the progress of science. They insist that their nonsense should be taught in science class rooms. It retards the public and strangles human progress. It keeps people naive to believe in any ol' bullshit that comes along. And yes it does cause harm. It perpetuates wars and justifies the murder of select groups. Just look at Africa and the church passing laws allowing the murder of homosexuals.

So you can't talk about it not being harmful or it is innocent and why be bothered by other peoples beliefs. It retards the people and the people make stupid decisions based on those beliefs.
4 Replies
0
Reply Fri 4 Apr, 2014 12:46 pm
@Krumple,
Quote:

Christians want to retard the progress of science.

They are not doing a very good job are they?

Just look at Africa and the church passing laws allowing the murder of homosexuals.

I see you talk about Christians in Africa when Islam has an ongoing genocide of Christians going on? If you wish to single out a religion try the worst.
0 Replies
1
Reply Fri 4 Apr, 2014 12:59 pm
@Krumple,
Quote:

Just look at Africa and the church passing laws allowing the murder of homosexuals.

Christians want to retard the progress of science.

Christians invented science Krumpie. The only aspects of science they question are those which might present difficulties for society. That you don't understand what those are is irrelevant.

It perpetuates wars and justifies the murder of select groups. Just look at Africa and the church passing laws allowing the murder of homosexuals.

I think it is homosexuals who insist on making a public spectacle of themselves they are concerned about. Not homosexuals as such.

1- If your wife or child was seriously ill, wouldn't you want somebody to pray for them?

Praying does absolutely NOTHING.

In any case, too suggest praying does absolutely nothing...is a step too far.


0 Replies
1
Reply Fri 4 Apr, 2014 01:55 pm
I have not wasted my time on Olive Tree's bullshit lately because he is always so incoherent. But i read his last post, because it was a one liner. He's living in fantasy land.

This map is from an LGBT site which lists 38 nations in Africa with anti-homosexuality laws, almost half of the 82 nations they say have such laws around the world. (The site does not have an "about" page, but it can be visisted by clicking here.[b/].)
1 Reply
0
Reply Fri 4 Apr, 2014 02:11 pm
@Setanta,
Quote:

This map is from an LGBT site which lists 38 nations in Africa with anti-homosexuality laws, 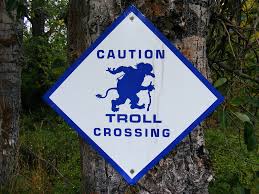 0 Replies
3
Reply Fri 4 Apr, 2014 02:33 pm
I haven't wasted my time on Setanta's bullshit lately because he is always so misinformed and dull, but there was a map in his latest rant which attracted my attention.

"Anti-homosexual laws" does not mean the same thing as what Krumple argued, which was that Africa and the church were "passing laws allowing the murderof homosexuals." So far, to my knowledge, this concerns only Uganda, and not even since the law that passed recently there did not in the end include the death penalty... They changed it to life in prison, which is bad enough.

Note: the church (if that means the Catholic Church) had nothing to do with it, Uganda being largely protestant. The movement to get this awful law on Uganda's books was started by a bunch of American Evangelists.

0 Replies
1
Reply Fri 4 Apr, 2014 02:36 pm
Talk about misinformed--the site from which the map was taken is called Erasing 76 Crimes, The Human toll of 76 countries anti-gay laws. As you can see, Olive Tree continues to display his incoherence.
0 Replies
2
Reply Fri 4 Apr, 2014 02:40 pm
This is 76 Crime's page of updates on people murdered for being gay. Olive Tree loves to shoot his mouth off as though he knew what he were talking about. My experience is that he just makes **** up because he is so woefully ill-informed, if not actually totally uniformed.
1 Reply