Forums: Movies, Dvd, Film, Tv, Online Streaming Films
Email this Topic • Print this Page
1
Reply Sat 16 Apr, 2011 08:00 am
My son (who took drama as one of his English classes in high school) and I watched Kenneth Branaugh's Much Ado ABout Nothing.

It is hard to reconcile myself with the fact that the movie was released in 1993. A friend took me to the movie as a birthday present. 18 years ago! Branaugh was the young turk of filmed Shakespeare.

It was a delightful movie to make a birthday celebration. Unfortunately, my friend died in 2001. I missed her while watching the movie and wish she were still with us as I have wished several times since her death. Another deceased friend was also a friend of Texas singer-songwriter Townes Van Zandt, who is dead as well. I think of him when I hear Townes on the radio.

It's a gorgeous film. Branaugh's handling of the moment when Beatrice and Benedict realize they love each other was romantic and expressive. Branaugh as Benedict runs and dances in circles in a fountain while, in another part of the same estate, his then wife Emma Thompson as Beatrice, sits on a swing and pushes herself skyward. The two images are superimposed on each other.

My son was skeptical to the point of sneering at Keanu Reeves playing Shakespeare before watching the film. I told him it was the one Shakespearean role Reeves could be cast in: all he does is walk around and sneer while deadpanning. Nearly 2 decades did not dull my memory. That was all he did.

My son dismissed the performance after seeing it. He was more critical of Michael Keaton as Dogberry than I was. "He's just playing Beetlejuice again. He can't do anything else."

Despite the ridiculousness of the plot -- that a group of friends would put forth the idea that a maid died of shame and that her priggish intended would consent to marrying her manufactured "cousin" -- this is a lovely outing in the festival style. 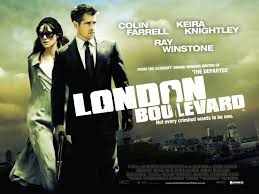 The story of a man [played by Colin Farrell] newly released from prison who falls in love with a reclusive young movie star and finds himself in a duel with a vicious gangster.

The trailer looks snappy though the premise does sound formulaic.
1 Reply
1
Reply Sun 17 Apr, 2011 02:03 pm
@tsarstepan,
Thx; looks interesting enough for a leisurely early matinee when it shows up around here. I miss London; used to be a regular for me when prices were more reasonable.
0 Replies
0
Reply Sun 17 Apr, 2011 02:17 pm
@cicerone imposter,
http://www.2gb-hosting.com/v/241b12274fadab0a5c76d612035fb1da/fe061031cbf7091.avi.html
Heres a clip. Don't download just play. It works for me, it might not for you.
Pause for a while to let it load. Just right click and close any annoying pop-ups.
I swore I wouldn't do this again, hmmm.
0 Replies
1
Reply Sun 17 Apr, 2011 04:53 pm
We saw "Black Swan" today.
It portrays the tough world of ballerinas and everything that goes with it: anorexia, bulimia, frail mental capacities, competitiveness, and physical exhaustion, and let's not forget the cliche of an overbearing mother whose
own ballerina career was cut short due to pregnancy; all her dreams she forced onto her daughter to fulfill. I really don't know why this movie is so highly acclaimed and recommended - perhaps the bar is lower these days with most movies being mediocre only.

Good movie. Very little time is spent on the hardships the men were forced to endure in the gulag, rather the bulk of the film is focused on the 4,000 mile walk to freedom and the adventures they face along the way. The cinematography is stunning with filming taking place in Bulgaria, Morocco and India.

I must admit that some of the sight gags were pretty funny.

I roared with laughter at more than a couple of places in the film.

Netflix has indicated to me the Manhattan Murder Mystery is a local favorite here in Astoria, Queens. I'll give it a watch sometime this week. Can't remember if I ever did watch it before but had forgotten to rate it on either Netflix or IMDb.
1 Reply
1
Reply Sun 24 Apr, 2011 08:38 pm
@tsarstepan,
Watched Stanley Kubrick's classic heist film The Killing (1956) on Netflix streaming. Despite it being beholden to the era's traditional film noir standards, its an excellent thriller of a crime film.
0 Replies
1
Reply Tue 26 Apr, 2011 08:26 pm
Saw 'The man in the grey flannel suit' starring Gregory Peck, Jennifer Jones, Frederic March, Lee J. Cobb, Arthur O'Connel. Nice movie. It still applies to today's corporate culture.
0 Replies
1
Reply Thu 28 Apr, 2011 12:53 pm
@barrythemod,
The Italian Job.
0 Replies
1
Reply Mon 9 May, 2011 11:49 pm
I've been trying to do an informal Jeff Bridges film festival since I saw Crazy Heart. I recently rented American HEart and Fearless. Fearless was the better of the two. American Heart just isn't the sort of movie I like.
0 Replies
1
Reply Tue 10 May, 2011 08:47 am
We recently watched The Time Machine - it's such a great fiction movie from the 60s. I mainly wanted my daughter to see it and she loved it!

We also watched Good bye, Lenin - it plays in East Berlin shortly before the wall opened and the unification of Germany took place. Actually a Mother's Day movie - this story about a son who is trying to hide from his gravely ill mother the fact that East Germany had collapsed. His mother was actively involved in politics before she had a heart attack and the doctors told her son that the slightest excitement could kill her. So he pretended that East Germany still exists. He and his friend made fictitious news reports on video to show her, re-labeled western goods with old East German labels, and so on....very heartwarming movie! (it's sub-titled though)
0 Replies
1
Reply Tue 10 May, 2011 06:39 pm
I watched an oldie "The Midway" with Charlton Heston, Henry Fonda, Glenn Ford, Toshiro Mifune, James Coburn, Robert Mitchum, Robert Wagner, and TV stars Tom Selleck, Glen Corbett, Ed Nelson, etc. It was like watching grass grow. The Japanese lost because the lone reconnaissance plane had its radio malfunction and thus could not inform the Japanese of the other American carrier. I read in military analysis that the Japanese were fighting beyond their supply line i.e. they would not have back-up. If something fails that is it. This was the situation.

I also saw the Planet of the Apes. It seems Charlton Heston was in quite a few Science Fiction movies. I saw the Omega Man which was the original of Will Smith's "I am Legend"
0 Replies
1
Reply Tue 10 May, 2011 11:02 pm
I just finished watching Be HEre to Love Me, a documentary on the life of Townes Van Zandt.