Who Would Vote For bush Again?

It is only fitting that he resides with the other great presidents.

But then Britney Spears opened my eyes.... 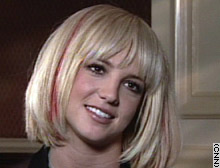 She woke me up when she wrote:

Same old question; who are you picking for him to run against?

If he could run again, how many of you would vote for him again?

I just vote for whomever the NRA endorses.

That means I'd probably vote for him again.
0 Replies
1
Reply Wed 1 Mar, 2006 11:24 pm
Not a definate no, Roxxxanne, but definately not a yes. I would like a good, honest Republican conservative. Of those four qualifications, Bush gets one out of four.

I just vote for whomever the NRA endorses.

That means I'd probably vote for him again.

Another dittohead sighting!
0 Replies
1
Reply Thu 2 Mar, 2006 06:11 am
I would never vote for Bush again, if I were carried, kicking and screaming, to the voting booth. I'm with Roger, on three of his points. I would want a good, honest, moderate Republican. I am economically conservative, but socially extremely liberal. The conservatives in our midst carry too much radical right-wing baggage.
0 Replies
1
Reply Thu 2 Mar, 2006 06:16 am
Never have, never will.
0 Replies