Iran launches missiles against US bases in Iraq.

I believe that all out war would be very bad for the US and worse for Iran (but that's how asymmetric war works).

Assuming that we confined our attacks on Iran to airstrikes, and we conducted the majority of this bombardment remotely by launching cruise missiles, how would the war be very bad for the US?
1 Reply
1
Reply Wed 8 Jan, 2020 10:55 pm
@McGentrix,
Have you considered the possibility that Trump might have made a mistake? Saying that Trump is infallible is every bit as unreasonable as the Trump is always wrong.

Each action that he takes, or doesn't take, should be judged and argued based on the facts. And even when I disagree with him, I am willing to accept the arguments in favor of his decision. I have no problem accepting that the world is a better place without Soleimani, even though I thing the facts against the assassination are compelling.

These either-or arguments are simplistic and frustrating.

Do you really think that the US can conduct and win a war by aerial bombardment alone without paying any cost and that Iran would have zero ability to strike back at American targets?

You are not even making a serious argument.

Is this even a serious question Oralloy?

I think we can do serious damage to Iran's illegal nuclear program, to Iran's military, to Iran's political leadership, and to anything else that we choose to target.

and that Iran would have zero ability to strike back at American targets?

They might be able to block oil tankers from passing out of the Persian Gulf for awhile. That will probably only serve to teach us that we don't actually have to rely on the Saudis for our oil though.

You are not even making a serious argument.

Have you considered the possibility that Trump might have made a mistake?


It's very hard when America insists on destroying the planet, occupying other countries, murdering civilians, downing passenger jets and having organised groups of paedophiles shooting up schools.

Stop butchering children and destroying the planet.
1 Reply
-3
Reply Thu 9 Jan, 2020 03:19 am
@izzythepush,
Aside from occupations, which only happens to other countries when they deserve it, we are not doing any of that.

And we don't do much in the way of occupations these days either. "Create a desert and call it peace" is the proper way for us to civilize other countries.
1 Reply
2
Reply Thu 9 Jan, 2020 04:07 am
@oralloy,
You're not wanted, you send murdering scum like Anne Sacoolas to kill our children.

Get your shitty, murdering, scummy troops out of our country.

Family and friends of Harry Dunn have demonstrated outside the RAF airbase near where he was killed and warned that protests could spread to other bases across the country.

Dunn, 19, died in a road crash in Northamptonshire in August after which US citizen Anne Sacoolas departing for America under diplomatic immunity. The Crown Prosecution Service has said that Sacoolas would face a charge of causing death by dangerous driving if she returned to the UK.

Almost 100 friends and supporters of the Dunn family temporarily blocked the entrance to RAF Croughton in Northamptonshire, asking the US authorities to comply with the UK extradition process. They highlighted the injustice of the fact that some US citizens are able to commit crimes on British soil and then depart without being subject to UK law.

You're not wanted, you send murdering scum like Anne Sacoolas to kill our children.

Since when do you care about the UK's children? Covering up gang rapes for 12 years and you defending Islam every chance you get. You should delete that post.
1 Reply
2
Reply Fri 10 Jan, 2020 03:38 pm
@coldjoint,
That without a doubt is the lowest **** stain you've ever posted.

He doesn't get free speech and only you do?

Its his country being occupied, shame on you.

I've put my beliefs on the line with my life when I enlisted. Where were you?

Dunn, 19, died in a road crash in Northamptonshire in August after which US citizen Anne Sacoolas departing for America under diplomatic immunity. The Crown Prosecution Service has said that Sacoolas would face a charge of causing death by dangerous driving if she returned to the UK.

From what little I know of this case, it really doesn't sound to me like she was competent to drive in the UK.

Its his country being occupied, shame on you.

I'd hardly call it an occupation. Fairford and Welford are more of a dagger aimed at Iran's heart.

Royal Air Force Fairford or more simply RAF Fairford is a Royal Air Force station in Gloucestershire, England which is currently a standby airfield and therefore not in everyday use. Its most prominent use in recent years has been as an airfield for United States Air Force B-52s during the 2003 Iraq War, Operation Allied Force in 1999, and the first Gulf War in 1991. It is the US Air Force's only European airfield for heavy bombers.[2]

RAF Fairford was the only TransOceanic Abort Landing site for NASA's Space Shuttle in the UK. As well as having a sufficiently long runway for a shuttle landing, it also had NASA-trained fire and medical crews stationed on the airfield.[3] The runway is rated with an unrestricted load-bearing capacity, meaning that it can support any aircraft with any type of load.

Today it is one of the largest ammunition compounds for the United States Air Force in Western Europe for heavy munitions.[2] One description states RAF Welford comprises 806 acres and is bordered by a 31,680 foot fence-line. They are home to the U.S. Air Forces in Europe's second largest munitions hub. The installation currently maintains 15,000 bombs; over a $160 million stockpile.[3] 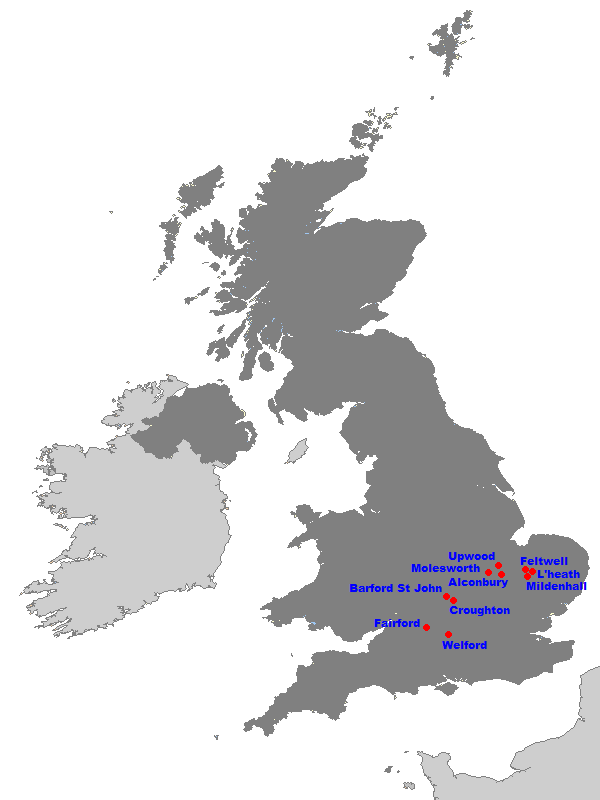 Then after carrying out a callous murder she fled justice, what a disgusting piece of ****..

We don't want your scum over here murdering our children. 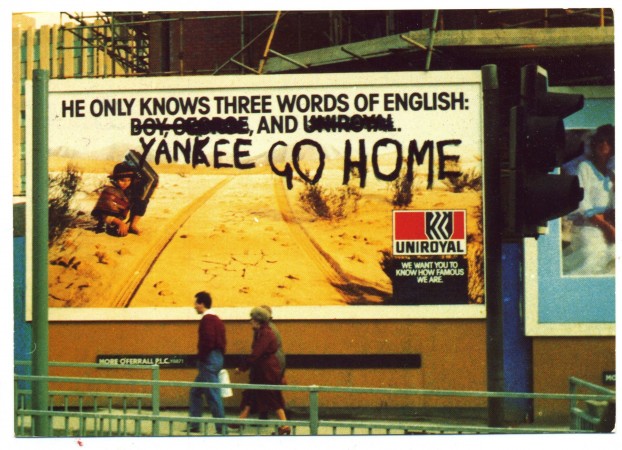 2 Replies
-2
Reply Sat 11 Jan, 2020 07:46 am
@izzythepush,
It's really cool the way Karma has rebounded against the Kercher vermin for all of this evil hatred directed at Amanda.

Guede would have gotten a life sentence for what he did. But as a direct result of the effort to frame Amanda, Guede's life sentence was halved to 30 years. And then halved again to 16 years.

That means solidarity with Islamic supremacy. Pakistanis already are allowed to rape at will, why not bow to Iran.
0 Replies
-1
Reply Sat 11 Jan, 2020 09:35 am
@InfraBlue,
Yeah man you are right Iran isn't fit for reacting in kind to such an assault. Whatever they would do would be really weak by correlation.
0 Replies
3
Reply Sat 11 Jan, 2020 11:11 am
http://nymag.com/intelligencer/2020/01/trump-soleimani-iran-lying-threat-bombing-intelligence.html


Why did the United States kill Iranian general Qasem Soleimani? President Trump, in remarks to the nation the morning after the attack, gave a clear rationale. Soleimani “was planning new attacks on American targets, but we stopped him.”

That information has not been made public. But the glimpses behind the curtain have not inspired confidence that Trump’s story is on the level.

The most damning assessment is indirect. When the administration shared its intelligence with select members of Congress, many of them came away unimpressed, if not outright disgusted. Rep. Gerry Connolly described the presentation as “sophomoric and utterly unconvincing.” Even Republican Senator Mike Lee, heretofore an unquestioning Trump supporter, called it the worst briefing, at least on a military issue, he’s seen in the “nine years [he’s] been here.” This is the equivalent of a person who owns 14 house cats reporting that they walked out of the theater halfway through Cats.

Exactly what the administration said, or failed to say, remains classified. But the administration’s public explanations have hardly added clarity. Trump’s initial remarks did not mention any new threat to a U.S. embassy. The next day, he said, “We did it because they were looking to blow up our embassy,” presumably in Baghdad. Last night, at a rally in Toledo, he expanded the threat to “embassies,” multiple. In a new interview with Fox News, he has specified the threat as being to four embassies. Oddly, these details seem not to have been included in the briefing to Congress, which raises the question of why information is too classified for members of the U.S. government, but low-level enough to share with the Fox News audience.

A senior administration official and a senior defense official tell the Post they were “only aware of vague intelligence about a plot against the embassy in Baghdad and that the information did not suggest a fully formed plot.” Both sources denied any awareness of “threats against multiple embassies.”

Other ancillary details have made the case look more questionable still. Trump reportedly told associates he acted in part to placate Republican Senators whose support he needed to shape the Senate impeachment trial. The Washington Post reports today that, on the same day as the Soleimani strike, another American mission attempted, but failed, to take out a different Iranian commander in Yemen, where Iran is involved in a civil war. This seems like a strange coincidence if the second target was also linked to an imminent threat to the U.S. “This suggests a mission with a longer planning horizon and a larger objective, and it really does call into question why there was an attempt to explain this publicly on the basis of an imminent threat,” Iran scholar Suzanne Maloney told the Post.

And of course Trump lies all the time, about everything. He specifically lies about the U.S. intelligence community, the conclusions of which he habitually disregards when it suits his purpose. Last year, he dismissed U.S. intelligence that found Iran was abiding the terms of the nuclear deal. So the notion Trump would mislead the country about Iran-related intelligence again hardly seems far-fetched.

It is probably true that Soleimani was linked to plans that posed some kind of threat to the United States at some point. Soleimani was indeed a very dangerous and aggressive figure. But Trump’s claim that he had to be killed right away in order to save American lives is not one that should be taken at face value.
1 Reply
0
Reply Sat 11 Jan, 2020 11:50 am
@bobsal u1553115,
Quote:

This joker does not make foreign policy. There were plenty of reasons to kill him. One being he was alive. Trump is still be second guessed and sabotaged by holdovers in intelligence agencies. He has he same facts they do. Let him do his job, Iran is scared shitless.
1 Reply
0
Reply Sat 11 Jan, 2020 11:59 am
@coldjoint,
Coincidentally, neither does the Trump administration, they just bumble along from one self-made crisis to another.

That's what article was talking about. Glad I could explain that to you.