we have ways of testing all this without floating his boat. Ill bet the crush strength does not allow its entry into the lake anymore than taking a stick built house and immersing it to an equilibrium displacement depth
0 Replies
-2
Reply Fri 25 May, 2018 01:32 pm
@gungasnake,
gungasnake wrote:

The question of sin being involved in the flood is problematical, i.e. I give God credit for being bright enough not to wipe the entire system over sin, only to have sin back in business as if nothing had happened forty years later. I assume that part of the story amounts to embellishments added in by priests at later dates.

But the story of the flood itself is provable in a number of ways.

PBS Nova had an episode that made an interesting argument that the original ark was a giant version of the round basket-boats that used to ply the Tigris and Euphrates before cheap modern boats finally supplanted them. 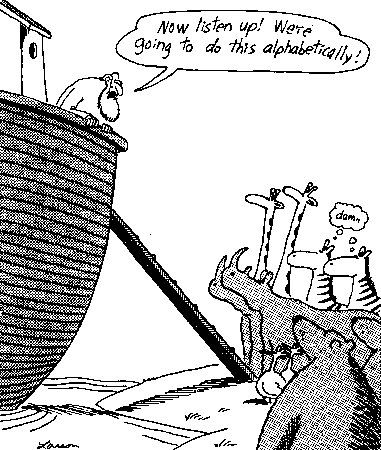 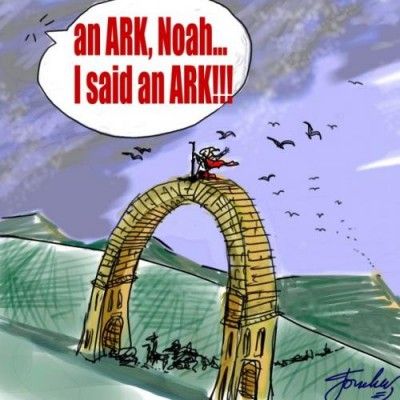 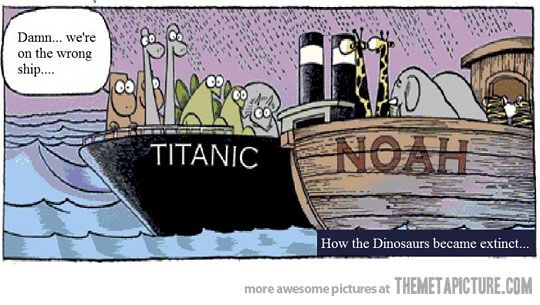 And besides, the whole freaking story is just plain STUPID. Think about it. It's childish. It's illogical. It's wasteful. It's inefficient. It's unfair and it's impossible. It makes everyone involved in it, even the "Creator" look like a moron. It doesn't even make it to a level of being worthy of a discussion about size of boats or numbers of creatures, because it's too banal to even get off the ground.

But the literature of other nations describes small groups of humans and animals surviving on high places and anything which could float for the better part of a year. There is no trail of marsupial bones leading from the Caucasus to Southern India and I would assume, for instance, that the Australian animals found a way to survive the flood in the neighborhood of Australia.
1 Reply
-1
Reply Fri 25 May, 2018 11:35 pm
EU/Purple Dawn Cosmology...

There is no trail of marsupial bones leading from the Caucasus to Southern India and I would assume, for instance, that the Australian animals found a way to survive the flood in the neighborhood of Australia.


EVER HEAR OF THE WALLACE LINE??? It explains a lot and ALL the evidence fits (geology, island biogeography, radioisotope data, evolution and embryology)

The Wallace Line is an imaginary boundary that runs between Australia and the Asian islands and the mainland. This boundary marks the point where there is a difference in species on either side of the line. To the west of the line, all of the species are similar or derived from species that are found on the Asian mainland.

At one point in time on the Geologic Time Scale, Asia and Australia were joined together to make one giant land mass.


During this period, species were free to move about on to both continents and could easily stay one species as they mated and produced viable offspring. However, once continental drift and plate tectonics started to pull these lands apart, the large amount of water that ended up separating them drove evolution in different directions for the species making them unique to either continent after a long period of time had passed. This continued reproductive isolation has made the once closely related species much different and distinguishable. Even though the Wallace Line theory holds true for both plants and animals, it is much more distinctive for the animal species than the plants.

The islands near the Wallace Line are also collectively called by a name to honor Alfred Russel Wallace.

These islands are known as Wallacea and they also have a very distinctive set of species that live on them. Even the birds, which are capable of migrating to and from the mainlands of Asia and Australia seem to stay put and have diverged over long periods of time. It is not known if the differing landforms serve as a way for the animals to know the boundary, or if it is something else that keeps the species from traveling from one side of the Wallace Line to the other.

2 Replies
2
Reply Sat 26 May, 2018 12:11 am
@farmerman,
It was later modified by the "Weber line" wherein the species separation line based on the furthest extent of two additional species was moved closer to the eastern Celebes.

Heres a map of the two (I wont discuss the Lyendecker line since I dont know anything about it .

Wait till you are ready to go home because its a party ender.


Now, are you just posting that stuff for entertainment or do you actually believe it?

0 Replies
1
Reply Sat 26 May, 2018 11:47 am
I suppose there is some metaphorical meaning underneath the ark and the flood, but I don't know what it would be, and nobody seems to be addressing that question anyway. It seems that these stories are archetypal (elementary ideas) with many local variations in different cultures. But when you start solidifying metaphors to the point where you have to build an ark in reality, that seems rather absurd to me and leaves one open to ridicule
2 Replies
3
Reply Sat 26 May, 2018 01:42 pm
@coluber2001,
Thats why being a Biblical Literalist does have its regs.
0 Replies
1
Reply Sat 26 May, 2018 07:22 pm
@coluber2001,
I think the second creation story, the flood story, and the tower of babel story, are all the same story told from different points of view.
0 Replies