An American biscuit is a bread product.

it's made with dough. that doesn't make it a cake or bread or pie. It's a biscuit.

So are you also saying things like biscuits, English muffins, bagels and croissants aren't bread?

I'm not sure what would happen if someone irl tried to tell me that a bagel or a croissant was bread.

They have such different baking techniques, it's a bit mind-boggling that anyone wants to conflate them.

Our nearby Serbian bakery has two master bakers. The European type of Master - professionals/specialists. One of them makes all of their breads. The other ones does bureks, croissants, flaky pastries. The lines don't cross. When the bread baker isn't around, they have no bread. They then have to bring it in from another bakery - that has a bread baker.
1 Reply
0
Reply Fri 17 Mar, 2017 11:02 pm
@ehBeth,
This might be how they do things in certain parts of Europe, but Europe isn't the world. It might be that these bakers aren't experienced in making particular types of bread, and are relying on others who are.

An auto machanic of even 50 years ago wouldn't know how to work on today's automobiles, but they certainly couldn't deny that what we have today are indeed autos.

There are breads that were made long ago, 10, 20 or even 30 thousand years ago that people no longer consume, and wouldn't want to if they were made today. However, there's no denying they were breads.

I don't think you can restrict what is considered bread based on the fact some bakers and some bakeries don't make them. A guitar manufacturer doesn't make didgeridoos, but they can't deny they are also musical instruments, made by a different process. People from any one part of the world do not have a monopoly on what would be considered the only acceptable variation.

The same goes for comments that flour tortillas aren't really tortillas because it's been relatively recently flour instead of corn has been used. All that means is that there is now another type of tortilla.

Over the millennium different ingredients have been added to or substituted any number of foods we eat today, to the point the original version would be barely recognizable to us. The way foods are cultivated have changed. What was considered fruit in the past would today just be sour, tiny, unpalatable fibrous pellets, best left to the birds. The grains that were used to make the first breads would look like weeds to us today.

Give us this day our daily bread. Do you think Jesus was talking about what your Siberian Bakery makes?

0 Replies
2
Reply Sat 18 Mar, 2017 02:31 am
Sandwiches were named after John Montagu, 4th Earl of Sandwich, an 18th-century English aristocrat. It is said that he ordered his valet to bring him meat tucked between two pieces of bread, and others began to order "the same as Sandwich!"[6][7] It is commonly said that Lord Sandwich was fond of this form of food because it allowed him to continue playing cards, without getting his cards greasy from eating meat with his bare hands.

You make sandwiches of sandwichbread - not French kind of white bread not of toastbread.
Danish open sandwich smørrebrød is a art by itself. Only a Dane can make a goodlooking and tasteful open sandwich.
A Swedish open sandwich smörgås is also open and rather booring. Where ever you go it is the same on it.
A German sandwich is two thick and hard slices of bread put on top of oneanohter. Preferable no butter or very little and as little cold cuts or cheese as possible.
Bread is the shape of the baked item. You can also bake rolls of the same daoug as bread.
What ever you call it - it is all bought in a bakery.
Here in Europe most people only like the bread which is made and sold in their own country. Germans really dislike Swedish bread and any form of white bread like in France or Italy. They complain about the American bread.
Swedes as a rule do not like German bread. But really like Danish open sandwiches.

It seems like bread and other items sold in a bakery is connected with our childhood, what we were served by our mothers and the traditions of our country.

Of course we do buy other sorts of bread.

2 Replies
2
Reply Sat 18 Mar, 2017 03:28 am
@saab,
Just adding that "sandwiches" are called in German "Butterbrot" (butter bread).
What is sold ready in bakeries are various kinds of rolls with cold cutlery, cheeses ...
There isn't a German bread but even within a region you get some variations (in my favourite bakery here, you usually get about twelve different kinds of bread [and even more different rolls].

1 Reply
2
Reply Sat 18 Mar, 2017 03:31 am
@saab,
According to Dick Summer of WBZ, my favorite disc jockey (when I was a wee kid of 11)ACtually the first recorded history of placing some meat between two slices of bread was ascribed to the Duke of Shrewsbury, (also a card player who didnt want to leave a game just to eat).
Calling it a Sammich is historically unfounded except that Montague was always there for a "portrait op"
1 Reply
1
Reply Sat 18 Mar, 2017 03:33 am
@farmerman,
Does it require two pieces of bread to be called a shrewsbury? Is there such a thing as an open face shrewsbury?
1 Reply
2
Reply Sat 18 Mar, 2017 03:35 am
@roger,
much study apparently needs to be done. Im sure there is some research money lying about from the "panera united association"
0 Replies
1
Reply Sat 18 Mar, 2017 03:44 am
@Walter Hinteler,
I know you have many different kinds of bread in Germany just like we have in Sweden.
From German tourists I hear - there is no German bread here - Swedish bread is too sweet. And we Swedes often find German bread too hard.
There was a couple of Swedes driving down to southern France and at one point the lady said "We have to go back home"
Husband "WHY....?"
Wife "We have run out of knäckebröd" crispbread 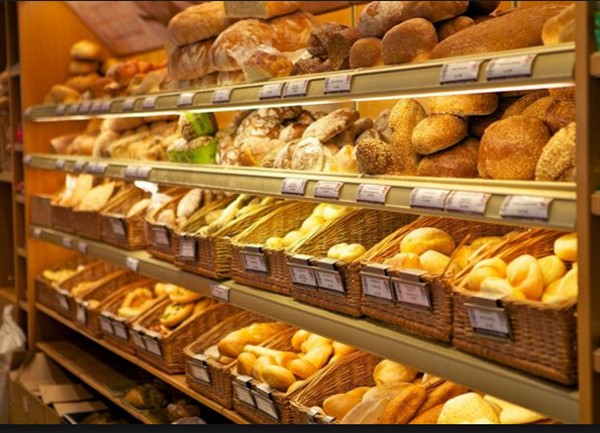 Bread and rolls in a bakery 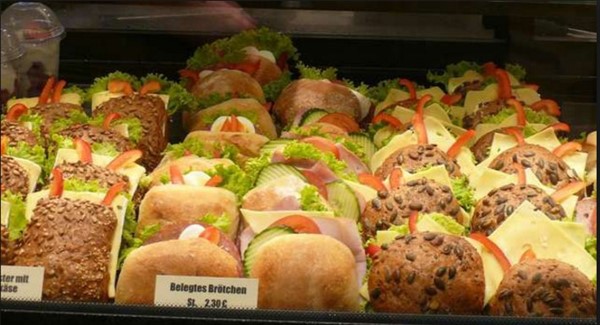 0 Replies
2
Reply Sat 18 Mar, 2017 04:42 am
@Walter Hinteler,
Why do you put in a picture like that at lunchtime????
I am hungry all ready - ok I am off to the bakery
0 Replies
2
Reply Sat 18 Mar, 2017 04:55 am
It seems clear just from the last page on this topic that each country run away with the word and apply it in their own way. That said, still no one talked about how do people recognize a sandwich when they see one universally speaking, and on whether when most fail to recognize some food that claims to be a sandwich there is actually a sandwich to talk about. What is the minimal sandwich that anyone around the world would recognize with ease ?
For that matter on lingo generic vague coinage the shape of objects makes a huge difference. It counts just as much as the cultural specific interpretation of the concept does. Psychology and language experts would have a great debate on this one I am sure.
From where I come from a classic sandwich normally requires two slices of soft white bread stuffed with some variation of typical breakfast eatables. Might be plain butter, cheese, cheese with ham, vegetables with tuna pasta, and other variations. The key point is that you use two slices of bread, and again, the shape plays a major role in order to people recognize their are eating a sandwich.
0 Replies
1
Reply Sat 18 Mar, 2017 06:36 am
@farmerman,
farmerman wrote:


Sweet bread is not Bread
Candy Corn is not corn.
Rice Cakes are not Cake.
A Breakfast Sandwich is not a sandwich

1 Reply
1
Reply Sat 18 Mar, 2017 08:05 am
@Fil Albuquerque,
Im worried that when we have waaay too much free time we will just keep coming up with **** like that.
1 Reply
1
Reply Sat 18 Mar, 2017 08:28 am
@farmerman,
"**** like that" will be around pretty soon on almost any concept you can think about. Gray everywhere as more information and deepening of complexity comes about. Forget simple life, it's gone.
if you think about knowledge as a growing circle do notice that the edge of the circle about what you don't know grows along with it. This is a science cliché that you probably familiar with but it really makes things come into perspective. The problem here is not the shallowness of the topic about Sammiches...I wish.
1 Reply
1
Reply Sat 18 Mar, 2017 08:39 am
@Fil Albuquerque,
Here's a "God Sammich" Farma: