Forums: Immigration, Terrorism, Xenophobia, National Borders
Email this Topic • Print this Page
Reply Sat 28 Jan, 2017 12:39 pm
It seems like the left is moving the goalposts pretty significantly. I was under the impression that I was relatively compassionate. I think, though, that due to my opinion about illegal or mass immigration, coupled with the new Anne Frank is a Syrian Immigrant talking points being forcefully plastered all over Twitter, that my views will immediately be referred to as xenophobic.

I asked a few Anne Frank / Syrian tweeters if Merkel's statements about regret for opening the borders mattered, and all of them in their way said no.

For these people, they just don't give a damn where refugees come from, what problems mass or uncareful vetting may cause...

I'd really like to hear thoughtful opinions about immigration. What's right with our policy, what's wrong with it, what should it be?
Type: Discussion • Score: 8 • Views: 6,027 • Replies: 81
2
Reply Sat 28 Jan, 2017 02:13 pm
Mexican workers and Mexicans who have illegally lived here all their lives, from tiny children into adulthood, are as safe to have as any other group of people, illegal or otherwise. I have known and even worked among them most of my life. Almost married one, when I was twenty. We don't need no ******* wall. Ending the war on drugs and targeting criminals is the sanest way to go. Besides, who is going to pick our vegetables if they all go back?

Persons from overseas, particularly the middle east, are a bit more tricky. I feel the process used to allow or reject, under Obama, was working fairly well.
2 Replies
1
Reply Sat 28 Jan, 2017 08:08 pm
I haven't seen a news report as yet, but a friend posted this on Facebook:
ACLU wins lawsuit requesting an emergency stay of execution on the Executive Order pertaining to immigration.
1 Reply
1
Reply Sat 28 Jan, 2017 10:07 pm
@edgarblythe,
I can absolutely say without reservation that a wall is stupid. I'm going to try to read a few informative articles before returning to this, but I appreciate your opinions.

0 Replies
1
Reply Sat 28 Jan, 2017 10:08 pm
@edgarblythe,
I saw that. Also read that certain people with Green Cards are being 'detained.'
0 Replies
3
Reply Sat 28 Jan, 2017 11:24 pm
Immigration is a good thing - the backbone of America. We are all immigrants from somewhere - if not immediate then parents, grandparents came from another country. Immigrants made this country great and continues to do so.
What would we do without Mexican laborers? Who would work in the fields of El Centro where we harvest three times a year and the weather reaches beyond 100 F in the summer while pesticide planes are hovering over the fields? Who would work in the massive strawberry fields where every strawberry needs to be handpicked? Who would work in the hotel industry cleaning rooms, working in the kitchen, and so on ? It's Mexicans who work very hard manual labor and live in primitive conditions saving every Dollar so their children can have a better life. Who are we to deny this to them?

What about all the Asian immigrants? Most colleges could fold up shop if it weren't for Asian students who take learning very seriously.

What about the Iraqi immigrants who fled Saddam Hussein from persecution and their neighbors the Iranians who fled the country after Shah Reza died?

The list can go on and on......bottom line is, this country benefits from immigrants and needs immigrants to keep us all afloat economically.
2 Replies
0
Reply Sun 29 Jan, 2017 12:14 am
Just out of curiosity, Why do you guys conflate legal and illegal immigration as though they are the same thing?

No. We are stupid.

Why do you guys conflate legal and illegal immigration as though they are the same thing?

I think in many cases people are reacting to humanitarian issues. From what I understand, legal immigration can take years so for economic migrants who just want to work it's easier to slip across the border. It's really too bad that GWB's immigration reforms got stonewalled by the Neanderthal wing of his party, the guest worker program would have been a big help for workers and employers. (Might've helped the GOP with hispanic demographics as well.)

It's so easy to find immigrants and prospective immigrants with tragic stories of split families, abuse by smugglers, broken promises and these stories make immigration reform much more complicated than a simple matter of numbers.

Refugees pose another problem. I worry about the situation in Europe now and how it will play out over the years. As with gun controls in the USA, the barn doors have been open too long, the horses fled long ago — collective return and resettlement seems pretty unrealistic. Does it bother anyone else that by accepting refugees and skilled immigrants we are essentially promoting a brain drain from underdeveloped societies who need those people more than we do?

I asked a few Anne Frank / Syrian tweeters if Merkel's statements about regret for opening the borders mattered, and all of them in their way said no.

When did Merkel make this statement and where? I'm wondering since such hasn't been reported here.

I'd really like to hear thoughtful opinions about immigration. What's right with our policy, what's wrong with it, what should it be? 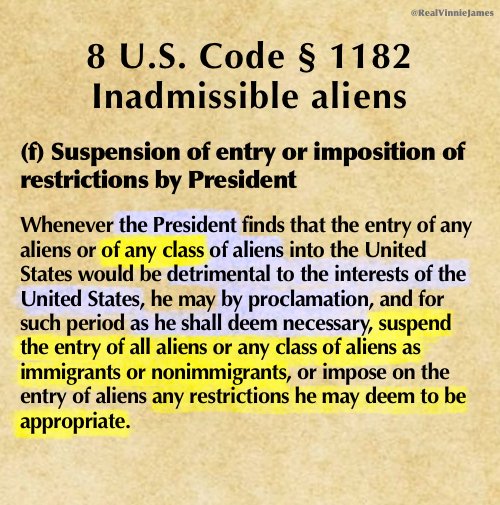 0 Replies
1
Reply Sun 29 Jan, 2017 08:32 am
@Walter Hinteler,
Here is Merkel bending to pressure from more conservative members of her party who consider her open borders a mistake.

I'll bring additional relevant information.
1 Reply
1
Reply Sun 29 Jan, 2017 08:39 am
Merkel, rebuked pretty soundly on the open borders issue, wishes she could get a do-over, and says she'd be open to other solutions.

https://www.google.com/amp/www.telegraph.co.uk/news/2016/09/19/merkel-signals-she-may-back-down-from-open-door-refugee-policy-a/amp/?client=safari
0 Replies
0
Reply Sun 29 Jan, 2017 08:40 am
Meanwhile, the US is totally convulsing this morning a la Trump.

.. Merkel's statements about regret for opening the borders ...

I'm really interested in getting the source for that - even the even more conservative "sister-party" CSU would accept 200,000 refugees per year.
1 Reply
-1
Reply Sun 29 Jan, 2017 08:43 am
O-boy's immigration policy was part of a sinister global plan, and Merkel got sucked into the same plan.

O-boy's immigration policy was part of a sinister global plan, and Merkel got sucked into the same plan.

Obama wasn't born when we got our Basic Law (constitution) nor was Merkel.
0 Replies
-1
Reply Sun 29 Jan, 2017 08:47 am
Friendly Reminder: Obama Selected The List Of Muslim Countries in Trump’s Executive Order

To make the executive order easier to understand, we're changing the name of it to:
"Ban on People That Would Gladly Behead You & Your Child"
1 Reply