Dear Israel,
I am America.

No Max. You are a sub-branch of America that embraces Nazism and anti-Semitism.

Please stop building settlements on occupied territory and start working toward a peaceful democratic solution to this problem that accepts that both Jews and Palestinians are human beings worthy of respect, security and dignity.

Of all the hateful anti-Semitism that you've vomited onto the internet, by far the most hideous has been where you deny that Israel has endlessly and repeatedly tried to reach such a fair resolution with the Palestinians.

It isn't quite as vile as Holocaust Denial, but by blatantly denying the truth about Israel's peace offers, you've helped to poison the peace process and ultimately doom it.

Most Americans (except for the right wingers who don't understand that they are a shrinking minority opinion in a democracy).

No Max. Most Americans think anti-Semitism is repulsive.

And the right is not in any way shrinking. The Republicans are going to hold the White House for the next 20 years, and the voters will only return the Democrats to power after the Democrats purge their party of extremists.
0 Replies
-2
Reply Fri 30 Dec, 2016 11:49 am
@maxdancona,
maxdancona wrote:

Oralloy has made it clear that he is comfortable with option #1.
Can you answer this problem honestly.

Speaking of honesty, it isn't very honest of you to imply that I favor option #1 when I have repeatedly and clearly stated that I favor something entirely different.

I do realize that you are striving to not address my position because that would entail confronting facts, and you understand that your hate speech will not survive any contact with facts.

The only reason Israel exists is to attempt to make happen a biblical prophecy so that Jesus will return.

No, the reason Israel exists is because the Jews have their own country and they aren't going to give it up.

The wreckage of that mosque will fit in a landfill quite nicely. Preferably one that accepts garbage from Jewish neighborhoods.
0 Replies
-2
Reply Fri 30 Dec, 2016 11:51 am
@Krumple,
Krumple wrote:

You are a silly person. Your arrogance is thick with stupidity. Dont you realize I can say the same thing to you? Oh but since you posted a meme I guess that legitimizes your claim? I can't argue that anymore you posted an image with text that is sold unrefutable. Silly.

I suppose on one level everyone's opinions can be regarded as equal. It is the facts that always take a side.

But I think it is reasonable for people who favor good to have disdain for the opinions of those who favor evil.
0 Replies
-2
Reply Fri 30 Dec, 2016 11:53 am
@maxdancona,
maxdancona wrote:

You didn't answer my question. Israel has three options, which one do you think Israel should take.

No Max. Israel is not limited to the three bad options that you wish you could force them to choose from.

I am not arguing whether you are right or wrong. I am just asking you to clarify your position.

So please, what do you think the final solution in Israel should look like? Instead of just telling me I am wrong, please tell me what the right answer is. 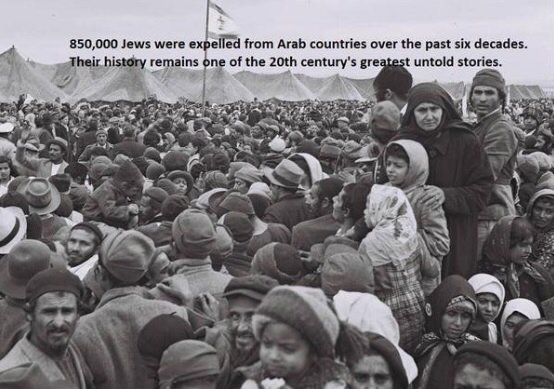 Are you saying Jews were never expelled from Arab states?


Sorry about my bad English!

I just wanted to say that you used a photo about an anniversary in Russia (in ) which happened in 1944.

Are you the meme Gestapo?

You have a twisted sense of history,