Forums: Obama, President Obama, Politics, Us Politics, 2012 Election
Email this Topic • Print this Page
Reply Tue 24 Jan, 2012 08:43 pm
On this, the occasion of President Obama's 3rd SOTU address, I thought it might be the time to begin a thread for the express purpose of discussing the various aspects involved in the upcoming contest to either begin his second term, or elect his Republican counterpart.

I support Obama and hope he gets the opportunity to serve for 4 more years. My support for him is not unmitigated, blind or hysterical. I think his tendency to hire ex-bankers as advisers bears close attention. I think he needs to be pushed to eschew compromise when it serves no purpose other than to make him appear statesmanlike; I think he needs to be held to account to get as much progressive policy enacted as is truly possible. I think his continuation of the politics of empire and military domination that were brought to the fore by George Bush deserve laser-like scrutiny to determine how much of it he could actually discontinue if he tried without any decrease in our security as a nation.

But I also believe that the man has faced obstructionism of a stripe unseen before in American history. I think that, especially considering the nature of the opposition he has faced (not the least of which is characterized by the small-minded attempts to paint him as foreign, dangerous and immoral), he has accomplished an incredible amount.

The intriguing thing to me about the prospect of giving him a second term is that he would be more unfettered by the need to hedge bets. The reality that he would not get another chance to do some things may make him act more boldly - probably never bold enough to please some on the left that compare him to an imaginary perfect liberal democrat - but more boldly than he may have been free to do in his first term.

I know there are many long months before we get to November. There is the small matter of finally choosing a Republican nominee - a process that promises to be particularly entertaining this time around. There is the possiblilty that the joblessness rate either improves or worsens in a dramatic enough fashion to affect his chances significantly. And there is that tantalizing element of the unknown "what if" that's always out there in the presidential election season.

I have to say - I feel privileged to be here to witness this time...

Type: Discussion • Score: 53 • Views: 57,886 • Replies: 976
2
Reply Tue 24 Jan, 2012 08:55 pm
@snood,
I agree, Snood. All things considered, Obama deserves a second term. He's likely to seek less compromises during a second term because he won't have to be thinking about re-election. During a second term he wouldn't have to be concerned about how the Democrat party bosses will react to an unpopular decision -- they will have no hold on him as far as needing support for re-election goes. The Party holds the purse strings. An executive who doesn't need the party's support for re-elction is a much more liberated president.
0 Replies
1
Reply Wed 25 Jan, 2012 08:05 am
@snood,
Snood…my fervent hope is that Obama is elected to a second term. I certainly will vote for him—and it will not in any way be a better-of-two-evils kind of vote. I think Obama has gotten about as much as any progressive thinking Democrat could possibly have gotten from the cards he was dealt. The political climate during the last three years (which I expect will continue until the end of this term) has been about as toxic as anything I’ve ever seen…including the **** that went on while Bill Clinton was president.

I do think, however, that there will be every bit as much in the way of concession—mostly because I do not see the Republicans appreciably changing the way they do business, which means concessions (extreme compromise) is the only way to get anything done.(His hopes for big change in the way the Senate does business is going no where!)

My expectations for the next term, whether Obama or one of the Republicans is president, are not high. There will be some short-term recovery, but the problems faced by our economy (and the world economy) are systemic and will not respond significantly to the kinds efforts being brought to bear on them. We need cosmic changes in the way we do business, and “cosmic changes” will not happen until we are so far in abject crisis phase.

Re-electing Obama will not get us out of the hole we’ve dug for ourselves, but electing a Republican to replace him will only mean more digging. 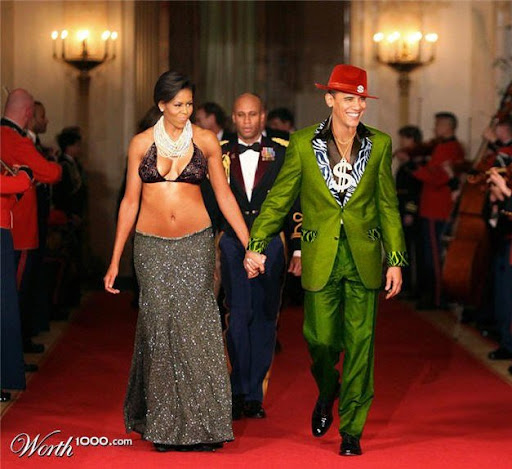 The president signed off on a Health and Human Services ruling that says under ObamaCare Catholic Institutions—including its charities, hospitals and schools—will be required by law, for the first time ever, to provide and pay for insurance coverage that includes contraceptives, abortion-inducing drugs and sterilization procedures. If they do not, they will face ruinous fines in the millions of dollars. Or they can always go out of business.

In other words, the Catholic Church was told this week that its institutions can't be Catholic anymore.