Forums: Politics, Trump, American Politics
Email this Topic • Print this Page
1
Reply Fri 15 Nov, 2019 01:05 pm
I don't know all the nuances of witness tampering, but regarding the tweet's during a witness testifying, this particular witness would not have known about the tweet had Schiff not stopped the whole thing to read it to her.
0 Replies
3
Reply Fri 15 Nov, 2019 01:08 pm
@coldjoint,
You posted a reaction piece of crap from a Right wing rag, not a source like Starr, whose at least been in the battles.
I looked up the "American Greatness" blog and obviously there were posts by its "sponsors and bloggers"> But I also found many many posts that ere more objective about its smearing campaigns.
0 Replies
4
Reply Fri 15 Nov, 2019 01:14 pm
@coldjoint,
Quote:

Trump is being denied his right to face his accuser

So you think that rules of evidence apply in an invstigation eh? If impechment moves fwd, he will have plenty of opportunity to "Face his accusers"
My obs stands, you know **** about procedures.

Impeachment merely means "Bringing Charges", The investigation is under no obligation to ven go public as its done (ONLY because the weenie president had used that excuse in a hopes to affect some kind of big GOP uprising against the investigation.
Boy what a moron you are.

I hope that someday Trump has somone read the US Constitution to him. Its been said that in his lad up to taking office he was tutoed and he quickly lost attention as is typical of untreated ADHD in adults.
3 Replies
2
Reply Fri 15 Nov, 2019 01:19 pm
@farmerman,
Quote:

I hope that someday Trump has somone read the US Constitution to him.

You hve no iea what witness tampering is do you??. Trump, the object of the investigation, iis, by tweeting his implied control over Yovnovich, is acting like a Mafia Don.
(which is what he really makes believe he is).

He only wants to face one. And your excuses do not change the fact that whistleblowers credibility will be judged by his actions. Past and present.
He is an operative for the Democratic party and this is simply a conspiracy that has nothing to do with American justice. That you want a nation where votes don't count and your decisions are made for you is a serious defect in character for any thinking man.
0 Replies
-2
Reply Fri 15 Nov, 2019 01:27 pm
@glitterbag,
Quote:

You need to cut Coldjoint a break here, he’s been rattled ever since all of those monkeys flew out of his butt.

I know you have been unnerved since that house fell on your sister and your pitiful attempt at humor could be a result of that. Besides that, you are still pretty quick at jumping on the pile. 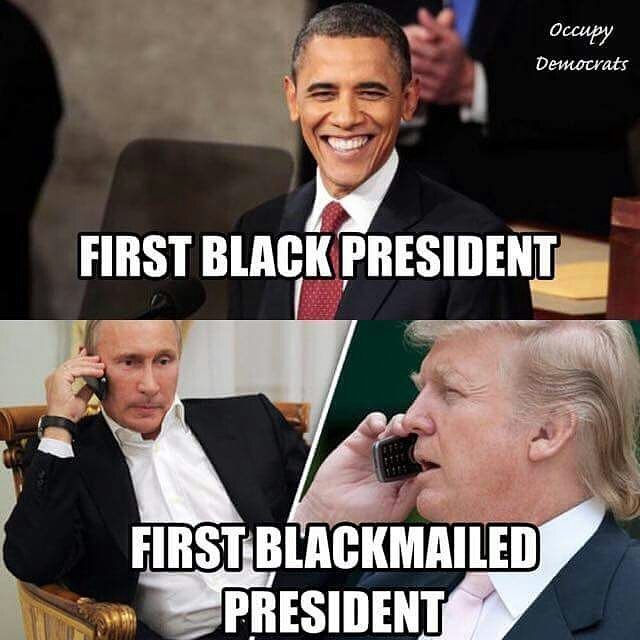 And you talk about facts in another thread?

Schiff is wasting the whole nation's time on this one.

That was never a transcript. It was heavily edited and "beefed"

Bullshit. People who have done that work say that is exactly how the transcripts are FOR ANY president. Do you consider that hearsay?
0 Replies
2
Reply Fri 15 Nov, 2019 04:17 pm
Memories

Paul Waldman
@paulwaldman1
Was trying to remember what the "Trump was just deeply concerned about corruption" defense reminded me of, and then it hit me: the argument that he fired James Comey because Comey treated Hillary Clinton unfairly.

Which is something the administration actually said for a while.

Mike Warren
@MichaelRWarren
· 17m
According to David Holmes’s opening statement obtained by @mkraju and @jeremyherb, Holmes could hear Sondland tell Trump on the phone that President Zelensky “loves your ass.”

Trump responded “So, he’s gonna do the investigation?”

So, Sondland is going to need a good lawyer to avoid a perjury charge. And the "second hand, third hand" GOP propaganda line is, as the Russians say,
трахнул в задницу самый беспощадный
0 Replies