His apology was equally meaningless and narcissistic.

Yup. His apology was an insult to the intelligence of anyone who watched him groping a woman at another woman's funeral. What better way for him to say, "That's right, people, I'm one sick son of a bitch, but I nevertheless want to be your spiritual leader.

We, as humans, are going to have to find better ways to describe these evil humans like RC church clery. Pigs are actually way way way better than they are, as is every other animal.

You will find a lot of that here at able2know. There also seems to be a lot of DNC supporters regardless of how bad they rigged the election in Hillary's favor
0 Replies
3
Mon 3 Sep, 2018 08:51 am
I agree with Oliver, people just like to make up a scandal and get all het up about it and it usually don't amount to a hill of beans.


In the real world:

After experiencing the trauma of being separated by their families at the border, three Salvadoran children were subjected to further trauma when workers at their shelter sexually abused them, a government official from El Salvador said.

The Associated Press reported that Liduvina Magarin, deputy foreign relations minister for Salvadorans overseas, told journalists of the alleged abuse of children from ages 12 to 17 on Thursday. The Salvadoran government is providing lawyers for the families should they decide to use them. These abuses allegedly took place in Arizona shelters but the shelters were not named.

In August, an employee at an Arizona facility for detained immigrant children, Fernando Negrete, was arrested on suspicion of sexual abuse and faces charges of sexual abuse, aggravated assault, and molestation of a child. According to the Arizona Republic, the victim’s roommate told police that the suspect had kissed the 14 year-old victim and touched her breasts and crotch — claims that were backed up by video. Negrete admitted to his involvement, police said.

Yeah but this time it's not made up. In this case it amounts to a bishop groping a woman at another woman's funeral for all to see. And that's the real world, too!

And according to the two thumbs down for this post so far, it appears that at least two posters approve of the bishop's groping ways. Abusers are known by their defense of abusers.
3 Replies
4
Mon 3 Sep, 2018 09:17 am
Quote:

According to Trump, the American people are living in “the greatest economy in the HISTORY of America and the best time EVER to look for a job.” The facts reveal something quite different.

While unemployment may be low, workers are experiencing historically low wage growth, forcing 40-hour-a-week workers to live paycheck to paycheck. And corporations, who were granted a significant tax cut in the GOP tax bill, are routing their profits mostly to top executives and large corporate shareholders in the form of stock buybacks.

So on this Labor Day, here is the sorry state of affairs for workers in the United States:

Unions are essential for maintaining income equality by giving workers bargaining power to fight for better wages and working conditions. As multiple studies have shown, the hollowing out of workers’ wages is tied to the decline of collectively bargained union contracts. In one long-term study by Princeton University, researchers found that unions have consistently “provided workers with a 10- to 20-percent wage boost over their non-union counterparts over the past eight decades.”

Union membership, however, has been in a downturn for decades — so much so, that the decline of the American middle class almost exactly mirrors the fall in union membership. In the 1950s, more than one-third of all private-sector workers belonged unions, compared to roughly 10 percent now. But the decline isn’t due to a lack of enthusiasm among workers; In fact, new research suggests that nearly half of non-union workers — roughly 58 million Americans — would join a union if given the opportunity. That’s quadruple the number of American workers currently in a union.

But the future for collectively bargained unions, unfortunately, looks bleak given the president’s position as Union-Buster-In-Chief. Since taking the office, Trump has rolled back a series of pro-union Obama-era regulations.

In December, the majority-Republican National Labor Relations Board (NLRB) got rid of policies that helped smaller unions organize, protected the rights of franchise employees, and shielded workers from union-busting tactics. The Trump-appointed NLRB general counsel Peter Robb, made the agency’s pro-employer stance crystal clear in a memo to regional offices that signaled the NLRB would continue to reverse Obama-era policies.

Justice Neil Gorsuch, a conservative appointed to the Supreme Court by Trump, was the deciding vote in the recent anti-worker Court decision, Janus v. AFSCME. The holding of Janus is that workers in a unionized shop who choose not to pay union dues can still receive the benefits and protections a union offers because the agency fees workers are required to pay are form of speech protected by the First Amendment. The decision creates a “free-rider” problem that could severely depress union membership. After all, why pay dues if you can get something for nothing?

The salaries CEOs receive compared to the pay for rank-and-file workers is starkly disproportionate and upsetting. At industrial giant Honeywell, the largest company to disclose the ratio in February, the ratio was 333 to 1. At Amazon, a company plagued by strikes against long hours and harsh working conditions, billionaire CEO Jeff Bezos makes the median salary of an Amazon employee every 9 seconds. In 2017 he made 1.2 million times the median Amazon salary.

On average, CEOs are paid 333 times the wages of an average employee at their company.

This gap is only expected to grow as changes put into motion by the GOP tax bill take effect. Rather than delivering an “economic turnaround of historic proportions,” as Trump recently boasted, the bill will likely end up costing well over $1.4 trillion dollars, as it continues to provide handouts to the wealthiest Americans.

A recent Politico review of Securities and Exchange Commission (SEC) filings revealed that corporate executives, who often receive most of their compensation in stock, have been profiting enormously from the bill through stock buybacks. Following the passage of the measure last December, Oracle Corp. CEO Safra Catz sold $250 million worth of shares in her company, the “largest executive payday this year.”

Research by Americans For Tax Fairness found that powerful Fortune 500 companies have spent a total of over $238,244,348,330 in stock buybacks since December. This is what corporations choose to do instead of raising wages.

And according to the two thumbs down for this post so far, it appears that at least two posters approve of the bishop's groping ways. Abusers are known by their defense of abusers.

I agree with Oliver, people just like to make up a scandal and get all het up about it and it usually don't amount to a hill of beans.

You don't have the foggiest notion of what the real world is, rev. You have been so badly brainwashed by your religion and your governments that there is no hope you will ever see reality.
0 Replies
2
Mon 3 Sep, 2018 10:50 am
@glitterbag,
I believe that a bishop is appointed for a certain term. They're like a superintendent who sees that the laws of the church are followed.

In the case of this particular bishop, it is apparent that one of the qualifications for becoming one is a proficiency in the art of deception concerning one's true nature. This guy blew his cover.
0 Replies
-3
Mon 3 Sep, 2018 11:17 am 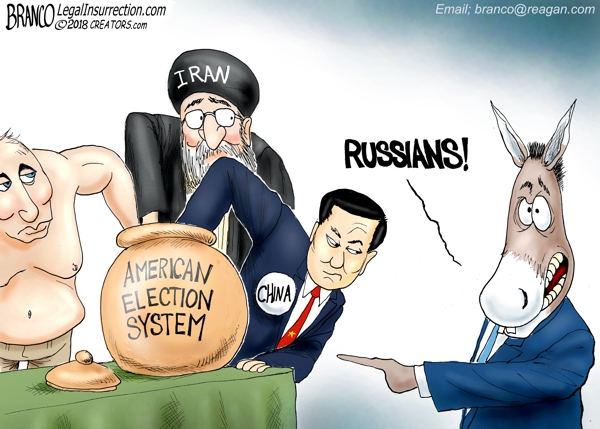 It’s all about the narrative.

And according to the two thumbs down for this post so far, it appears that at least two posters approve of the bishop's groping ways. Abusers are known by their defense of abusers.

So according to you, the only significance of Aretha's passing and funeral is the groping of one of her eulogizers by the bishop?

Of course it is. You have no purpose to your posts other than to direct the conversation AWAY from what the subject is. When it comes to talking about Trump's legal entanglements you make sure the conversation is about Hillary Clinton's Emails and Bill Clinton's lying under oath. When the subject is about the great American icon Aretha Franklin and her passing, you make sure we aren't talking about the eulogies by the public figures invited to her memorial and funeral, (whom you don't like), but instead the subtle groping by the bishop of Ariana Grande. You have already posted several posts on this, and I am sure you will post more.

I doubt that you have any appreciation of Aretha at all. In fact, I think your kind probably could not name a single one of her songs without looking it up. So the contributions she made to music and life in general during her career affect you not at all. However, droning on and on in an internet forum about one incident because politicians you don't favor were invited to her funeral and you want to take revenge-now THAT is something you can get a handle on, as you have illustrated here.
3 Replies
-2
Mon 3 Sep, 2018 11:28 am
@Blickers,
Quote:

but instead the subtle groping by the bishop of Ariana Grande.

How is groping "subtle"? This should be good.

You illustrate that you also don't have a very good grasp of the English language, coldjoint. War criminal, sexual predator Bush 1 subtly groped a number of women.

It’s all about the narrative.

It’s all about the narrative/the propaganda/the lies. This is the sum total of the history of the USA, coldjoint. Rank propaganda interspersed with the odd bit of truth.
1 Reply
0
Mon 3 Sep, 2018 11:44 am
@Blickers,
Quote:

So according to you, the only significance of Aretha's passing and funeral is the groping of one of her eulogizers by the bishop?

This thread isn't about Aretha. It is called "monitoring Trump and relevant contemporary events".

Which department of US propaganda do you work for, Blickers?

Your hypocritical signature line: Perhaps the most insidious threat facing Western democracies has been the progressive decline of elite accountability and responsibility.

Why don't you make any attempts to hold Trump accountable for his world famous, world leading pants on fire lying?

Don't you think this could have a terrible effect upon the propagandist meme about G Washington being an honest man?
0 Replies
-4
Mon 3 Sep, 2018 12:00 pm
Quote:

“This appears to be a case of discrimination,” says President of Ex-Muslims of North America, Muhammad Syed. “We were asked to leave the premises and informed that we could only enter the premises if we removed the shirts, none of which stated anything inflammatory. The treatment was unjust and especially cruel considering the plight of ex-Muslims. We are killed and abused all over the world for our disbelief. It is unconscionable that companies like Starbucks and Hilton acquiesce to conservative religious sensibilities”.

This is enforcing Sharia. CAIR claims to be offended and threatened by these shirts. They do not seem threatening. It must be "ask me why" on the shirts that threatens them. These people and their reasons scare the Hell out of them.

Granted Starbucks and the Hilton are not the government and they can ban these people. But what does CAIR have to hide? What could these people say that could possibly hurt such a vaunted religion? That would be plenty.
https://creepingsharia.wordpress.com/2018/09/03/houston-hilton-enforces-sharia/