You want to presume you have "vexed" me due to my "thin-skin?"

Vexed you enough to make a rather sputtering cheesy response, limburger boy. But you're right, I shouldn't have referred to your thin, "skin" — it's properly called "rind".
0 Replies
-4
Sat 24 Jun, 2017 12:41 pm
@MontereyJack,
MontereyJack wrote:

. Yu weren't present at any of the dealings, any more than I was. Don't make pronouncements about things you don't know,


Every fool knows the FBI interviews and investigates applicants for security clearances. They use the SF86 form (over 100 pages long) as (part of) a basis for asking questions. Before the interviews ever started, Kushner told them he had had "numerous contacts with foreign officials."

From that alone anyone (except you) would KNOW that the FBI questioned him about those contacts.

You're right when you say you don't know anything about it, at least. But then the question is: "Then why are you acting like you do, making statements of "fact" which are totally warrantless?"

You flatly state that he has "never answered the questions," which is obviously FALSE in light of the fact that he was given a security clearance which the FBI has NOT revoked, despite the attempts to "obstruct justice" made by Democratic congressmen.
0 Replies
-4
Sat 24 Jun, 2017 01:55 pm
https://www.intellihub.com/clinton-foundation-payoffs-promised-hammond-ranch-other-publically-owned-lands-russia/
1 Reply
-4
Sat 24 Jun, 2017 02:41 pm
Decoration awarded to the govt cheese-eating shit4brains snowflake playing Brutus in the NY assasination play: 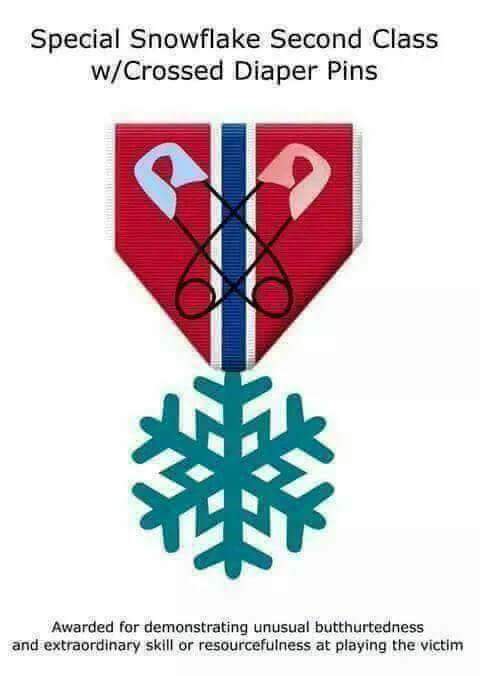 0 Replies
-3
Sat 24 Jun, 2017 03:09 pm
@gungasnake,
If these cheese-eaters really cared a bit about colluding with russia,"non-disclosure," and corruption, then they would be screaming for an investigation of this, eh?

The article, in January 2013, detailed how the Russian atomic energy agency, Rosatom, had taken over a Canadian company with uranium-mining stakes stretching from Central Asia to the American West. The deal made Rosatom one of the world’s largest uranium producers and brought Mr. Putin closer to his goal of controlling much of the global uranium supply chain.

But the untold story behind that story is one that involves not just the Russian president, but also a former American president [Bill Clinston] and a woman who would like to be the next one [Hillary Clinton].

American political campaigns are barred from accepting foreign donations. But foreigners may give to foundations in the United States....

The path to a Russian acquisition of American uranium deposits began in 2005 in Kazakhstan, where the Canadian mining financier Frank Giustra orchestrated his first big uranium deal, with Mr. Clinton at his side. The New York Times areported that several months later, Mr. Giustra had donated $31.3 million to Mr. Clinton’s foundation.

Before Mrs. Clinton could assume her post as secretary of state, the White House demanded that she sign a memorandum of understanding placing limits on the activities of her husband’s foundation. To avoid the perception of conflicts of interest, beyond the ban on foreign government donations, the foundation was required to publicly disclose all contributors.

To judge from those disclosures — which list the contributions in ranges rather than precise amounts — the only Uranium One official to give to the Clinton Foundation was Mr. Telfer, the chairman, and the amount was relatively small: no more than $250,000, and that was in 2007

Mr. Telfer’s undisclosed donations came in addition to between $1.3 million and $5.6 million in contributions...

Amid this influx of Uranium One-connected money, Mr. Clinton was invited to speak in Moscow in June 2010, the same month Rosatom struck its deal for a majority stake in Uranium One. The $500,000 fee — among Mr. Clinton’s highest — was paid by Renaissance Capital, a Russian investment bank with ties to the Kremlin. According to a Russian government news service, Mr. Putin personally thanked Mr. Clinton for speaking.

Yet, strangely, I haven't heard one cheese-eater hysterically demand an investigation yet. Go figure, eh?

Even stranger, there was in fact an FBI investigation into it, but the whole thing was squashed by, guess who? Loretta Lynch. I don't see any cheese-eater clamoring to have HER investigated either.

I didn't think so.

Your hypocrisy and zealous partisanship is so transparent, and your very selective displays of MORAL OUTRAGE are so predictable, ya know?
0 Replies
-4
Sat 24 Jun, 2017 04:00 pm
@hightor,
Quote:

Why not make the voters actually find out what the candidates think rather than just assuring them that this candidate has some political organization's imprimatur so some mouthful of pretty teeth, devoid of backbone, without an original idea "deserves" your vote?

How would you propose to do that?

Eliminating political parties isn't going to happen, which I'm sure you realize, but if it did, the idea that it would force voters to learn something more about the candidates than is currently the common practice, has no connection to reality. (I'm sure you know this too, but maybe you were feeling cranky when you wrote your response)

1 Reply
-3
Sat 24 Jun, 2017 05:01 pm
@hightor,
As for Howard Jacobson's piece this is probably going to make your day for today, layman was absolutely correct

Well, that was one pretentious crock of ****, which completely ignores the reasons the objectors were protesting.

Johnson made this promising start:

I didn’t see the production that turned Julius Caesar into a Donald Trump look-alike, so I can’t comment on the accuracy of the impersonation or the violence against the president that some people believe it meant to incite

If he didn't see the production he couldn't have possibly seen the reaction of critical members of the audience, and there is absolutely no reason to believe he has every met or spoken with either of the two men (The "Trumpists" as he calls them) and yet he feels perfectly comfortable in identifying, with certainty, what the two men objected to, why they did so and even the way their minds work in general.

It's clear by his pretentious lecture on dramaturgy meant to cast him in the role of the brilliant critic and man of letters that he is of the belief that unlike him, the Trumpists are a couple of rubes who couldn't possibly understand and appreciate both the richness and the subtleties of drama and Shakespeare, implying that maybe if they did they wouldn't have reacted like thin skinned rustics.

He also dismisses out of hand, the possibility that their demonstration had nothing to do with failing to appreciate and understand the play or it's author, and everything to do with understanding the production and appreciating what it's director's intent was. This is quite presumptuous for someone who acknowledges that he didn't see the production and "can’t comment on the accuracy of the impersonation or the violence against the president that some people believe it meant to incite" By his own admission he doesn't know and can't comment on whether or not the production exceeded the limits of artistic license and entered into the realm of incitement of violence, but nevertheless moves full steam ahead and discusses the Trumpists' reaction to it as if he could; and it didn't.

Of course his promising start was the real crock of ****. He led with this "disclaimer" because that's what intellectually honest people do (even the pretentious ones) when there is a pertinent point to be disclosed like: "I didn't see the production and I don't know the Trumpists who protested, so realize that there is every reason to believe I am operating out of my ass when I write like I did see it or know them."


However, just as intellectually dishonest people do, (although not often this blatantly) the disclosure was plugged in for appearance sake only.
1 Reply
-4
Sat 24 Jun, 2017 05:50 pm
I was not aware that the Semiholes were into nude rituals...

http://ourlandofthefree.com/2017/06/a-photo-of-elizabeth-warren-at-a-nude-pagan-ritual-has-surfaced-and-ummm-yeah/
0 Replies
-1
Sat 24 Jun, 2017 06:42 pm
Kinda noteworthy that, without Blather around to post propaganda pieces that they can all join in ratifying and agreeing to, the cheese-eaters don't have much at all to contribute to this thread, know what I'm sayin?

The Supreme Court’s term ends next week with growing speculation that Justice Anthony Kennedy--the panel’s most pivotal member--may retire at age 80 after 29 years on the court.

Several of his former law clerks have said they think he is contemplating stepping down in the next year or so.

Sen. Chuck Grassley of Iowa, chairman of the Senate Judiciary Committee, told reporters in April, "I would expect a resignation this summer."

Kennedy has played an important role as the court’s swing vote on many important rulings. His departure would allow conservatives to wrest near total control of the bench for the foreseeable future.

Supreme Court sides with The Slants, rules ban on offensive names is unconstitutional

The Supreme Court ruled Monday that a federal trademark law banning offensive names is unconstitutional, siding with a rock band whose name had been deemed racially disparaging by the U.S. Patent and Trademark Office.

The case centered on Oregon-based, Asian-American band The Slants, which was denied a trademark because its name was considered offensive.

The fact that this kinda unconstitutional candyass PC law was ever passed in the first place tells ya that there were way too many cheese-eaters in office way too long.

Supreme Court sides with The Slants, rules ban on offensive names is unconstitutional

The Supreme Court ruled Monday that a federal trademark law banning offensive names is unconstitutional, siding with a rock band whose name had been deemed racially disparaging by the U.S. Patent and Trademark Office.

The case centered on Oregon-based, Asian-American band The Slants, which was denied a trademark because its name was considered offensive.

The fact that this kinda unconstitutional candyass PC law was ever passed in the first place tells ya that there were way too many cheese-eaters in office way too long.


No ****...when I read The Slants my mind did not go to Asians...I was thinking slanted as in biased.

Just goes to show ya. If the only tool you have is a hammer the whole world looks like a nail.
0 Replies
-3
Sat 24 Jun, 2017 10:06 pm
College professors say the darndest things, eh? Especially commie militant feminists who HATE men and money, ya know?

College Professor: Otto Warmbier 'Got What He Deserved'

The University of Virginia junior died Monday after spending 17 months in a North Korean prison and being brought home in a comatose state. He had been sentenced to 15 years of hard labor for stealing a propaganda poster from his hotel while visiting the country.

"Otto Warmbier got exactly what he deserved. Otto is typical of the mindset of a lot of the young, white, rich, clueles [sic] males who come into my classes," anthropology professor at the University of Delaware Katherine Dettwyler wrote on her Facebook page on Tuesday.

The professor said students like Warmbier cry about their grades and think they can get away with anything, including raping women. It is unclear how she was relating rape to Warmbier's case.

Dettwyler wrote that instead of feeling sorry for Warmbier people should think of the people in North Korea "suffering under the repressive government there."

I dunno man, dude went to North freaking Korea and broke the law. Not saying that should be a death sentence, but don't place yourself in a position where it could be.


And don't go out walking past dark with a short skirt on if you're a woman who doesn't want to be raped, eh, Gent? She just shouldn't put herself "in that position."