The Art of cartoonists

gonna stay open for 3 minutes, and then edited. stefan 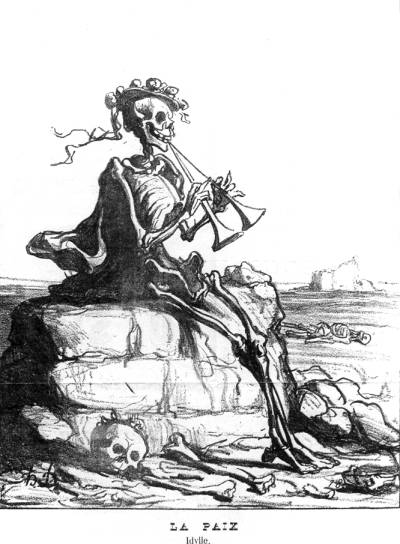 1808-1879, french caricaturist, painter and sculptor. He was deeply interested in people, especially the underprivileged. In his lifetime he was known chiefly as a political and social satirist, but since his death recognition of his qualities as a painter has grown. In 1830, after learning the still fairly new process of lithography, he began to contribute political cartoons to the anti-government weekly Caricature. He was an ardant Republican and was sentenced to six months' imprisonment in 1832 for his attacks on Louis-Philippe. Daumier's paintings were probably done for the most part fairly late in his career. He remained practically unknown up to the time of an exhibition held at Durand-Ruel's gallery in 1878, the year of his death.

this strip appears daily in one of the tabloids
0 Replies
1
Reply Tue 28 Sep, 2004 07:24 pm
I'm glad to see so many people agree that cartoons are a serious and legitimate art form. I love cartoons, all of them from graphic novels and comic books to single panels and newspaper strips. I went to an art school that specifically centered on this art form and very soon hope to have my own cartoons published.
0 Replies
1
Reply Tue 28 Sep, 2004 07:29 pm
Hello, Aldistar

Send one of your efforts here, when/if you can!