How will Trump handle losing the election? 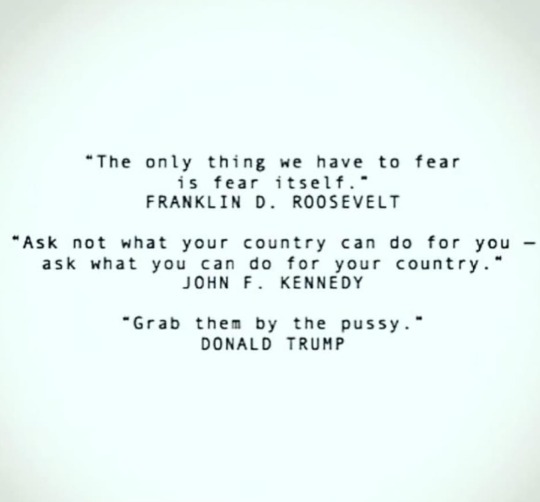 His could explode (arguably, he is already) but god knows what that might look like if some critical ego-damage or threat of it looms. I can't imagine that he is unaware of the damage he's done to his brand (and future income) but perhaps I'm over estimating his ability to perceive it.

What does he do as it becomes clear he's going to lose big if he's capable of that? What he says one day to the next has no consistency so he could loudly quit before the election. "Rigged! Unfair! Media and GOP backed crooked Hillary and I'm above that!" It's possible.

If he carries through and gets his ass handed to him by a girl, then everything he's using to run the con now will increase in volume and insanity. And then what does his base do?

Sure. A sense of powerlessness and serious or apparently insurmountable inequalities will breed such an anarchic state of mind and that's very evident in his base (elsewhere as well of course). And it is the big failing of Assange's philosophy. But the dangers of resulting disorder aren't pleasant to think about.

I'm spending some of my time lately reading old New Yorkers. Kills me to throw them away

Yeah. I've had to do that as well (along with years of New York Review of Books). Painful step. By the by, some months ago, Hendrik Hertzberg, senior editor at the New Yorker, retweeted something I'd written. That was cool.

My quick take - re the north and south not being as different as people think.

Not sure if you've bumped into Colin Woodard's work but it is damned interesting http://emerald.tufts.edu/alumni/magazine/fall2013/features/up-in-arms.html
1 Reply
3
Reply Thu 13 Oct, 2016 04:43 pm
@izzythepush,
As one female commented recently, "grab them by the pussy" will now be in many history books, inevitably.

Speaking of which, American historian Rick Perlstein, whose work has concentrated on the conservative movement, has said that the Trump phenomenon has caused him to rethink much about how he had previously been thinking.

There is little chance of that. A party only gets 20 straight years in the White House after a president radically restructures his party and the country, like Lincoln and FDR did, and like Trump promises to do if he is elected.

If she does so, I'm not too worried. Trump's campaign is the last gasp of white supremacists, born and flourished when America was 89% or more white. Which we were up until the 1960s. A nonwhite was somebody unusual, the Other. Now America is only 66% white of directly European descent, (6% is white of Hispanic origin, which doesn't count with white supremacists). When a third of your country is nonwhite, then it is not so abnormal to be nonwhite, you deal with them every day. The trend is toward more nonwhite, and less white, in the future. Add to the picture of intermarriage with kids having heritage in both camps so to speak, the nonwhite percentage of college graduates rising and taking their place at the higher rungs of the socioeconomic scale, and it's clear that Trump is the last stand of the old way.

Trump's base of support is working class whites, and very few of them are white supremacists.

Working class whites are supporting Trump because it has finally dawned on them that the Democrats are their enemy.

Having the Democrats dismiss them as "just a bunch of white supremacists" is not likely to make them forget that the Democrats are their enemy. And they are not going to go away. Count on them to keep on voting in elections.

How many of those jobs pay a middle class wage?
0 Replies
1
Reply Thu 13 Oct, 2016 04:59 pm
@blickers
Here's a piece from Norm Orstein today that reflects what I was saying earlier.

"As Democrats discovered in 2010 and 2014, when a party holds all the reins of power in Washington, or even when it just holds the White House, it is in the crosshairs when the midterm arrives. The president’s partisans become disillusioned when they don’t get everything they expected, and their turnout declines; the opposition’s partisans become angry, and they show up to express their frustration. Mid-term electorates reflect a different demographic more generally—whiter, more male, older, in the remaining, if dwindling, Republican wheelhouse. The danger for both parties, and for the country, is that Republicans will fall back early on the strategy that gave them big victories in both 2010 and 2014—obstruct everything, delegitimize the process and the outcomes, ignite populist anger. A Senate recapture would also be very likely—in 2018, there are three times as many Democrats up as Republicans. And there could be enough gains in the House to restore a much more comfortable majority."

There aren't as many of them as people like to believe. Every year their percentage of the population shrinks. Conservatives do better in midterms because they have more ingrained voting habits, but you have to wonder how long that will go on. And the president is not elected during midterms.

Conservatives do better in midterms because they have more ingrained voting habits, but you have to wonder how long that will go on.

What? No. Where did you hear that?

The party that doesn't hold the White House does better in midterms, because they are unhappy while the party in power is content.

And the president is not elected during midterms.

Pretty much everyone else is though.
0 Replies
2
Reply Thu 13 Oct, 2016 07:14 pm
Ryan Lizza of The New Yorker magazine does a great breakdown of how Trump is gearing up for a historic loss:

(excerpt)
Trump knows he can’t win and he has decided that the last stretch of his campaign should be used to set the stage for the aftermath of his loss. In this scenario, what’s crucial for Trump is to be able to convince his hard-core supporters that he—and they—didn’t lose, but that the dreaded Republican establishment sabotaged the Trump campaign in the final weeks. This strategy is in keeping with the way Trump has always spun his greatest defeats, from his failures in Atlantic City to his loss in the Iowa caucuses. He either denies that he failed or he argues that he was cheated.

Trump is either victorious or victimized, but never a loser. This week marked the end of Trump trying to actually win, and the beginning of him plotting to explain why the election was stolen.

Edit: Let me temper that. I generally like Lizza but here he's being overly assertive in passing off his guesses. He may be right but there's no evidence included that he has any special knowledge of Trump's motivations/plans.
1 Reply
2
Reply Thu 13 Oct, 2016 07:37 pm
@blatham,
Quote:

that he is unaware of the damage he's done to his brand (and future income) but perhaps I'm over estimating his ability to perceive it. [/quote ]

Im sure he will "market" his way out of this, unless he does, of course , xplode, in which case there will be a major cleanup on Aisle 7.

Edit: Let me temper that. I generally like Lizza but here he's being overly assertive in passing off his guesses. He may be right but there's no evidence included that he has any special knowledge of Trump's motivations/plans.

Well, aren't all those New Yorker pieces supposed to be opinion?

No criticism of opinion pieces, just when a level of certainty is expressed which I as a reader find unwarranted. For example, someone might say, "Clinton thinks X" where "These prior statements suggest Clinton thinks X" more accurately describes what the writer can say he knows.
0 Replies
1
Reply Thu 13 Oct, 2016 08:40 pm
@ossobucotemp,
Yes. I'm a newspaper and periodical fan. And a blog fan now as well. I almost never use facebook and its emergence as an information distribution platform seems not to be going well (too much disinformation).
0 Replies
2
Reply Thu 13 Oct, 2016 08:41 pm
@snood,
They are well researched, pages and pages of checking it. You can dismiss, of course.