Who do you think is the most memorable movie character ever and why?

These are some that come immediately to mind because they are such iconic performances by these actors--these characters they brought to life on the screen are indelible and memorable.

Peter Sellers as Inspector Jacques Clouseau in the Pink Panther series of films.

Peter O'Toole in Lawrence of Arabia. 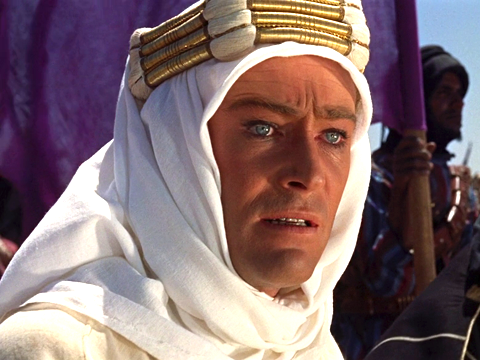 Audrey Hepburn as Holly Golightly in Breakfast at Tiffany's. 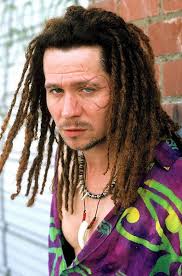 Dawn of the Planet of the Apes:

I don't know that it every had an American incarnation. Wasn't it strictly an English series?

In my opinion...best actor living would be between Oldman and Anthony Hopkins.

I understand they are good friends.
0 Replies
-1
Reply Mon 1 Jun, 2015 02:51 pm
For me the most memorable character on a film was that pf Raisouli, played by Sean Connery in "The Wind and the Lion" The film wasa basaed on a factual event in the early 20th century when an American Man named Pedercaris was captured and held for ransom by a dissident Moroccan chieftan named Raisiouli, any our then President, Teddy Roosevelt (played in the film by actor Brian Keith) famously declared "American wants Pederkaris alive or Raisouli dead. The film portrayed Pedercaris as a woman (Candice Bergin) which added some interesting sexual tension to the story. Connery did a great job playing a Moroccan with a brogue and the (much underrated) film presented the story with appropriate irony and humor.
1 Reply
1
Reply Mon 1 Jun, 2015 02:53 pm
@georgeob1, 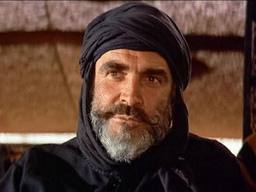 After an ally rode up hastily to Raisouli's camp to give an intelligence report to him and threw something in the sand;

Pedercaris "What is that?)
Raisouli "a tongue"
Pedercaris " My god how could you !"
Raisouli "Perhaps its former owner had nothing good to say with it"
Pedercarus "That's barbarous !"
Raisouli "How can you talk to me like that? You're not even one of my wives"

And the last lines in the film (approximately)

"Ah Raisouli, we've lost everything, all we had is floating on the wind"

"Yes sheikh but isn't there anything in your life that you would risk everything for?"

Bette Davis in Whatever Happened to Baby Jane?
0 Replies
1
Reply Mon 1 Jun, 2015 08:04 pm
Its impossible to pick just one. I loved Kathryn Hepburn in 'Lion in Winter'. Andy Griffin was chilling as Dusty Rhoads in 'Face in the Croud'. Every character in 'Its a Mad Mad Mad Mad World', it was chock full of great actors and entertainers, I laugh every time I see it. Another old movie that is even funnier today than when it was made in the 60's, 'Dr. Strangelove: or how I learned to stop worrying and love the bomb'.

There have been so many good movies and excellent actors, its impossible for me to even pick the best actor or movie in the last three years.
2 Replies