Heres a paper on the availablity of bird fossils. There have been many more added to our Treatise of Vertebrate Paleo, but not the "Types" that this guy beleieves, (Like modern ducks and pelicans etc).

Heres another 20 year old article by a Brit colleague, its more a stat analysis of the revealing of the fossil record with time and how weve been uncovering nore and more relevant fossils. (I say its because our understanding of worldwide sedimentary geology and paleoenviironmental savvy coupled with plate tectonics has enabled us to "track" where potential fossil sites may actually be. WE CAN PREDICT WHERE WE MAY FIND THESE FOSSILS. (Thats something the Creationists havent been able to do, they just wait for the data to come in and then deny its significance)

The theory of evolution states that all living creatures arose from a single cell by natural processes over eons of time, and God had nothing to do with this process.

The theory of evolution does NOT say God had nothing to do with it . That is the opposite interpretation to Catholic teachings and is what fundamentalist Christian Churches teach .
1 Reply
1
Reply Fri 22 May, 2015 07:44 am
@Ionus,
Evolution is silent about gods nd goddesses. It does , however, have a common descent issue that seems to be bdly misunderstood by this physician.

I can go nd get my Phd in relevant sciences , but Id never think twice about practicing medicine.


Thts the difference between Creationits and real science. You can be a podiatrist whose never been involved in a field study, and lecture the world why evolution doesnt occur.
2 Replies
-1
Reply Fri 22 May, 2015 07:54 am
@farmerman,
The Catholic Church teaches evolution . As a religious person you just have to believe God started the universe and at some stage gave man a soul . These Creationist Churches are being led by power mad fools who seriously lack an education .
0 Replies
1
Reply Fri 22 May, 2015 07:54 am
Quote:

Says a lot about Gunga's choice in reading matter. 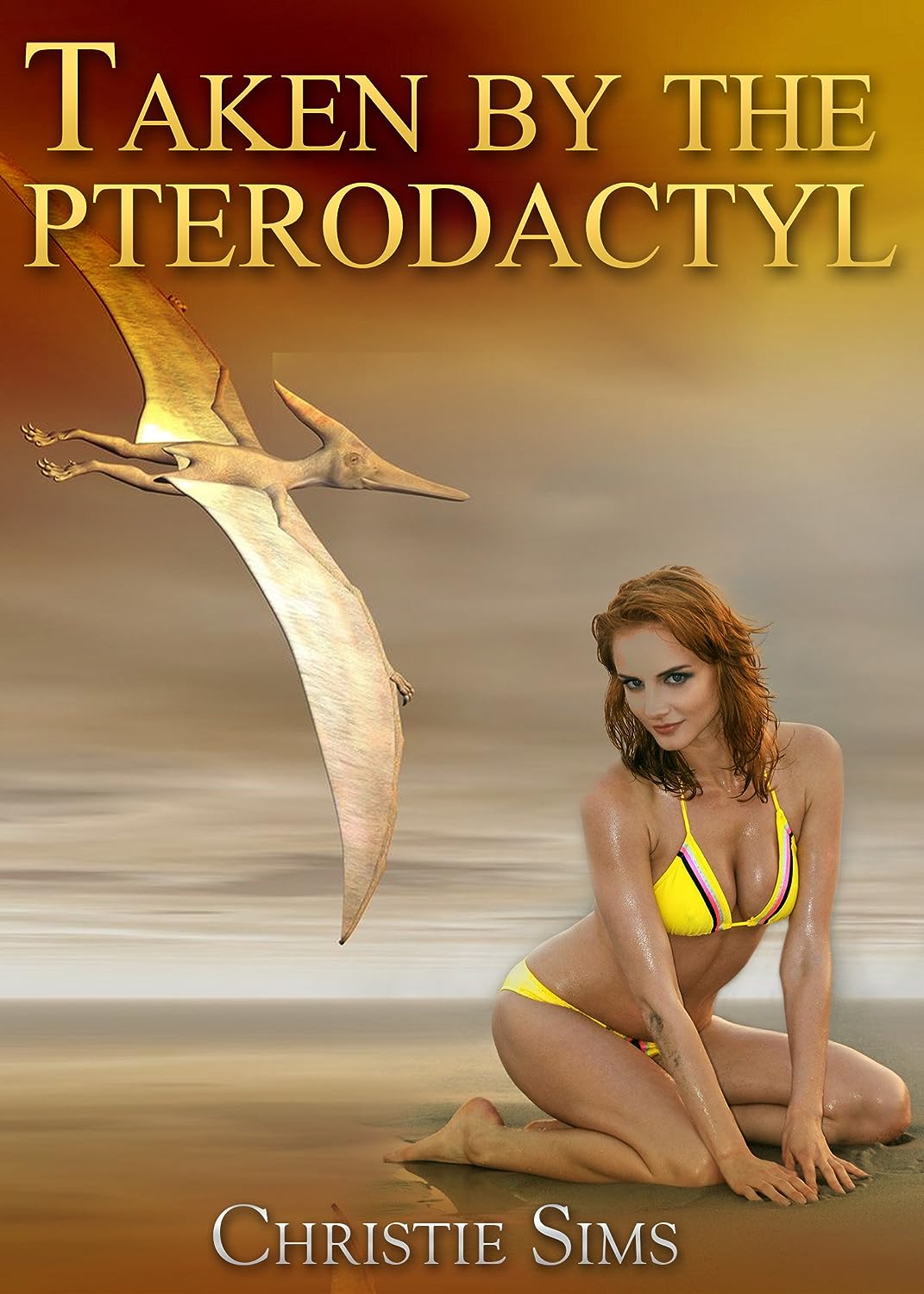 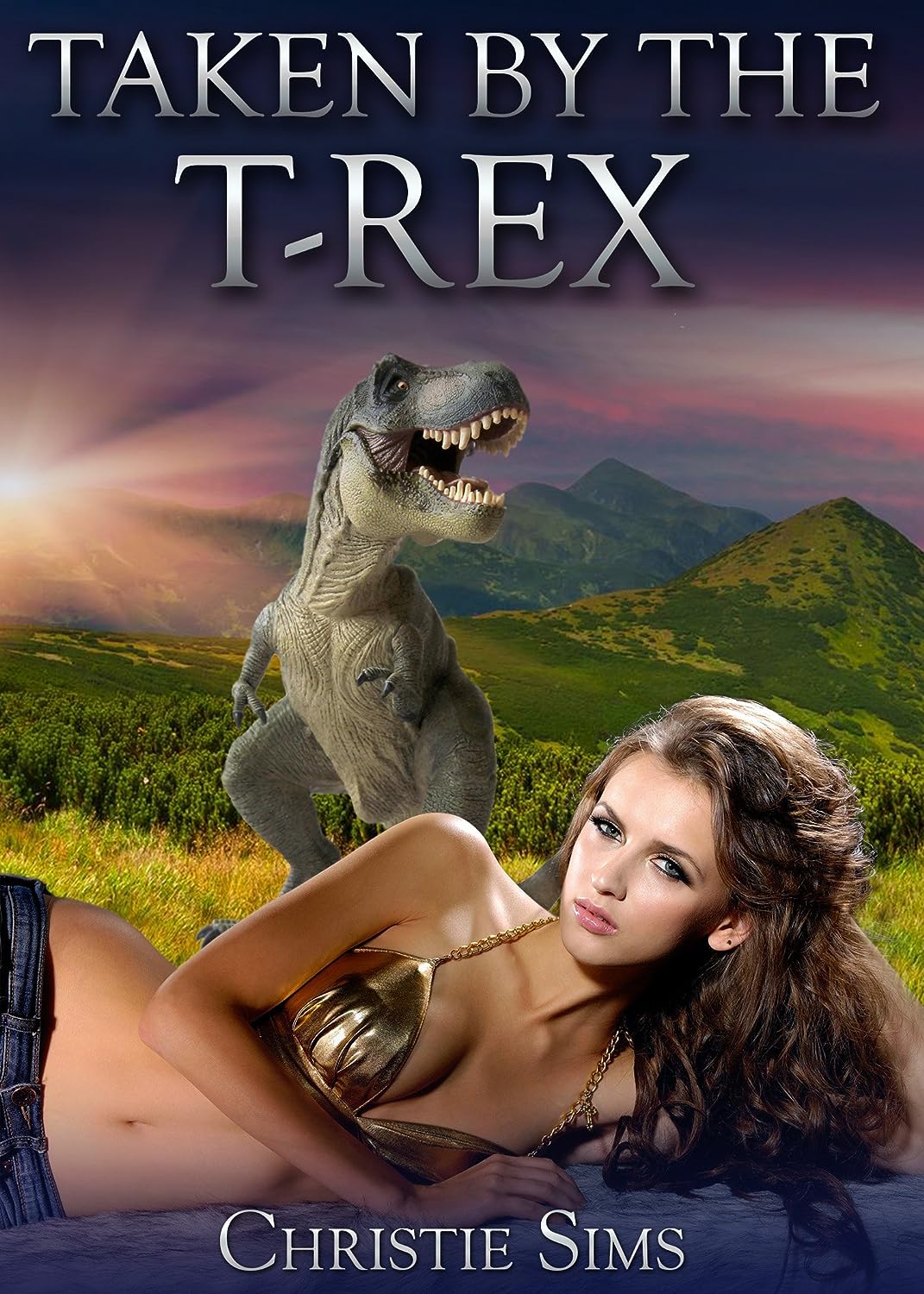 That's technically true, but evolution strongly suggests that the deities of the world, if any, were unemployed over the last 4,500,000,000 years. (Or at least not employed in the industry of creating new life forms on Earth.)
1 Reply
1
Reply Fri 22 May, 2015 08:41 am
@Thomas,
another minority viewpoint was tht evolution was theistically guided, but even that always comes back to a story, viz:

"life is too complex to have risen without some intelligent directions"

E.g. most evolutionists assert that modern birds evolved from dinosaurs. Finding fossils of modern birds with those of dinosaurs, not just above them, contradicts this idea.

No it doesn't contradict the idea. That's just moronic and demonstrates that the person writing this article doesn't have a freaking clue what they are talking about.

Yes, birds were contemporaneous with dinosaurs.
No, it's not new news.
No, the museums are not trying to cover it up.

Why is it every time someone at the ICR discovers that they are ignorant about something, they pretend it's a revelation and that someone in science has been trying to "hide it".

Dinosaurs were around for a long time. Birds evolved from them at first, and then along side them as both branches continued to evolve and diverge. This isn't rocket science, and it isn't even very hard biology. It's pitiful that there are still people around with access to this knowledge who still don't understand even the most basic concepts of the theory. Pitiful.

1 Reply
-2
Reply Fri 22 May, 2015 08:38 pm
@rosborne979,
Islam and fundamental Christian churches suffer from a lack of leadership . A ratbag idea can gain credibility in the hands of a demagogue . The clown lecturing out the front of the congregation is usually poorly educated and knows more about brain surgery than they do about evolution .

I once had a PhD in Psychology tell me the world was created in 7,000 BC or whatever it was....

How old is the Earth, you ask??

We actually DO have one planet (Venus) in our system which is ballpark for some sort of a 5K - 10K year age estimate, but Venus LOOKS like that (900F surface temp, 90-bar CO2 atmosphere, massive thermal imbalance, massive upwards ir flux, total lack of regolith etc. etc.) Mars and Earth do not look like that at all and have to be much older, albeit not billions of years old. Bob Bass once redid Lord Kelvin's heat equations for the Earth WITH a maximal figure for radioactive elements factored in and came up with an upper bound of around 200M years. Here's what that means. Lord Kelvin was one of the very best mathematicians of the 1800s and computed an upper bound for age for our planet (around 100M years, far too short for evolutionites) using the sort of trig function series solution which Joseph Fourier had devised. Standard write-ups of this one note that Kelvin had not taken radioactivity into account (e.g. http://www.uh.edu/engines/epi144.htm) but, lazy bastards that they were, evolosers and others merely ASSUMED that radioactivity would fix the problem and wrote it off as resolved. Bob Bass, on the other hand, actually redid the math WITH a maximal possible figure for radioactivite elements factored in and came up with an upper bound of around 200M years which is still far short of what evolutionites need.

There is a further consideration in that the people telling us the Earth is 4B years old are the same clowns and academic dead wood telling us that dinosaurs died out 65M years ago, which we now KNOW is BS.

There are four categories of evidence which form a big-picture of the reality involving dinosaurs:

Obviously cutting the main age of dinosaurs down to some 20,000 - 50,000 years ago does not leave time for much in the way of evolutionary schemes.

Soft tissue in dinosaur remains began turning up around 2006 and has kept on turning up, This stuff includes proteins, collagen, blood vessels, hemoglobin, skin cells and various things, none of which could plausibly last as long as 100,000 years. Any sort of a Google search on "dinosaur sorft tissue" will turn up as much of this stuff as you want, including claims by evolutionists that the stuff has somehow or other actually survived for 65,000,000 years, but that's basically grasping at straws. One particularly good site for soft tissue discussions is this:

Blind radiocarbon tests involving the dating center at the University of Georgia:
http://www.newgeology.us/presentation32.html

The links on that one are all good, particularly the little video:
https://www.youtube.com/watch?feature=player_embedded&v=zvWdWbLcJvQ

Nothing any older than about 60,000 yeas will radiocarbon date at all. The half-life of Carbon 14 is around 5700 years and past 60,000 years, there simply shouldn't be any which is detectable.

A friend of mine who died several years ago, Vine Deloria, used to teach at the University of Colorado and was the best known of all American Indian authors and, in fact, several of his books are standard university texts on Indian affairs, particularly his "Custer Died for your Sins":

His "Red Earth, White Lies" is mainly an attempt to debunk the standard theories about Indian ancestors being responsible for the North American megafauna dieouts which occurred some 12,000 years ago, but one chapter speaks of the descriptions of dinosaurs in Indian oral traditions, particularly the stegosaur, which Indians called "Mishipishu", or 'water panther'. Indians describe the 'water panther' as having had a saw-blade back, red fur, a cat-like face and a "great spiked tail" which he used as a weapon, i.e. a stegosaur. Stegosaur glyphs were common in North America two or three centuries ago and Lewis and Clark described their Indian guides as being in terror of such glyphs around the Mississippi since the original meaning of them was "Caution, one of these things LIVES here". A few such petroglyphs remain and most are stick figures but the one at Agawa Rock, Massinaw Lake Superior is representational:

Indians have always touched those things up every few years and the horns were added at a much later date by some artist who simply figured a creature that size needed them.

There are other examples of dinosaurs turning up in Amerind petroglyphs and a Google search on "dinosaur petroglyph" will turn up many hits. Second most interesting after the stegosaur glyph at Agawa Rock is probably the sauropod glyph at the Kachina bridge, Natural Bridges Utah. There is a controversy regarding that one but the controversy appears to be trending against the evolutionists:

The sauropod glyph at Hava Supai was first reported by the Doheney expedition around 1920:

Again, all of that amounts to a big picture view which indicates that the space of time which evolutionists have to work with is substantially shorter than what is commonly thought and vastly too short for any sort of a theory of evolution.

3 Replies
-2
Reply Sun 24 May, 2015 08:15 pm
@gungasnake,
You know all those long living people like Methuselah in the Bible who are counted when arriving at the age of the Earth ? Their age is given and measured in months as the lunar cycle is far more important for shepherds . Divide all those long lifers by 12 and you get the actual age . It is a translation error to measure their lives in years .
0 Replies
2
Reply Mon 25 May, 2015 06:58 am
@gungasnake,
Another compilation of crap from the weekend at Barnies?

1Taxonomically restricted genes (orphan genes) dont "disappear or appear " They occur primarily in microscopic simple organisms where the genomiv v epigenetic genes kind of mush together . "Orphan gene" quickly become absorbed or go xtint (Thts why many of the mircroscopic organism genomes are so big, their "preudogenic compliments are huge" And all the pseudogenes remain in the organisms genome .
Hardly poofing like the IDers accept.


ANOTHER aspect of dinosaur fossils is that they are always dated from the surrounding sediments wherever a surrounding sedimentary basin contains layers of volcanic ashes that can be isotopically dated. SO no matter how much bullshit C14 is attempted (always a dumass move), the real ages of the dinosaur fossils is known fairlty accurately and so far ALL of them fiit in their proper geologic ages.


Where is the "blind" C14 sampling. We know that the original C14 samples were all covered with shellac (that where most of any C14 came(, Also, washing the samples in Acetic acid and air drying leaves C14 residues, unless the samples are specially handled by the collectors.

All your C14 crap is an argumentum ad absurdem. It says that C14 "should not be present" but assure us that somehow it is (All of the assurances are derived from "creationist lab practices " before sending to the chem labs (WITHOUT COMMENT)

Your entire scientific "belief system" is based upon a desire to have a Creationist reality prevail. REAL SCIENCE goes wherever the data takes it.
The concept of using Indian glyphs as PROOF would be ok if there were anything of a biological nature that would support it.
You sound like Deniken who asserts that all Mesoamerican glyphs show men in space suits and that the Nazca lines are "Runways"

Cmon gunga, its not even orth arguing with you any more.

If you want to make an argument, make it from a strong basis.
Vine deLoria was quite a character, Im not sure Id consider him as a "credible source". I have works by his son (who, as an educated historian anthropologist kind of distances his own scholarship from the legends of his dad'

Your links are mostly a bunch of self publihed , non-peer reviewed stuff (asIve come to expect from you).

0 Replies
3
Reply Mon 25 May, 2015 07:06 am
@gungasnake,
http://www.uh.edu/engines/epi144.htm This clip says NOTHING that agrees with your conclusions. It shows how Kelvins work was actually the beginning of a long scientific journey that ultimately resulted in better understandings that resulted wrt the age of the earth. You should read your stuff more carefully (or do you xpect us to/)
0 Replies