I'm proud to be a Democrat

“Each International Women’s Day, we reflect on progress for women around the globe and renew our call for full equality. We celebrate women’s enduring achievements for our world, and rededicate ourselves to delivering education and opportunity to girls in every country. We mark how far we have come, and recommit to the work that remains.

“Every woman deserves to have respect and recognition in the workforce, security and dignity in their society, a voice and a vote in their government – the opportunity to reach their full potential. Millions of women are still denied these fundamental rights, but we look to the promise of our past and know that our future is bright.

“Today, we vow to ‘Make It Happen’ for women and girls everywhere. With our strength and struggle, our determination and our advocacy, we will make it happen. We will usher in a new era of growth for our economies, security for our families, and strength for our countries. Let us build on the successes of our history, protect the rights we have won, and continue to march towards a new dawn for women and girls around the world.”

Comment
Can you name one speech by ANY republican in the last 8 years that exemplifies such hope and concern for human rights? 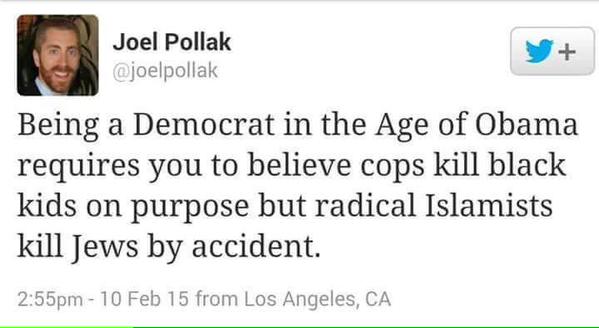 According to research by Mark T. Shirey, citing Nice Guys Finish Seventh: False Phrases, Spurious Sayings, and Familiar Misquotations by Ralph Keyes, 1992, this quote was first uttered by mid-nineteenth century French historian and statesman François Guizot when he observed, Not to be a republican at 20 is proof of want of heart; to be one at 30 is proof of want of head. (N'être pas républicain à vingt ans est preuve d'un manque de cœur ; l'être après trente ans est preuve d'un manque de tête.) This quote has been attributed variously to George Bernard Shaw, Benjamin Disraeli, Otto von Bismarck, and others.

Furthermore, the Churchill Centre, on its Falsely Attributed Quotations page, states "there is no record of anyone hearing Churchill say this." Paul Addison of Edinburgh University is quoted as stating: "Surely Churchill can't have used the words attributed to him. He'd been a Conservative at 15 and a Liberal at 35! And would he have talked so disrespectfully of Clemmie, who is generally thought to have been a lifelong Liberal?"

But that would mean that 20-year-old conservatives are heartless, which is something I'm sure you don't believe. Razz

Hey you brain dead POS who said anything about Churchill?

Did some one ASK you for other varients? That which you depend on in lieu of a brain, in addition to being impotent is also in another time zone not of this planet...

And from the Gay Patriot, no less.

who WERE you quoting?

My political science professor you silly ****.

Dont bother to try to impress me with your cutting and pasting from the internet. If you did ever have an original thought it would be still born.
1 Reply
-3
Reply Mon 9 Mar, 2015 12:42 am
@wmwcjr,
Quote:

But that would mean that 20-year-old conservatives are heartless

And what has Obama done for blacks? Blacks are far worse off now from when we elected Obama, Obama has been a disaster for blacks
1 Reply
3
Reply Mon 9 Mar, 2015 05:04 am
@giujohn,
Quote:

My political science professor you silly ****.

0 Replies
-3
Reply Tue 10 Mar, 2015 10:49 am
@TheCobbler,
Are you referring to John Kerry and Harkin going behind Reagans back and negotiating with Nicaragua?

For all the hysteria from Democrats for Republicans senators writing a letter to the Iranian psychopaths, here’s a little reminder they have a history of this stuff.

Members of Congress are always writing ”Dear Colleague” letters to other members, promoting a bill or noting an event. Now 10 Democratic lawmakers have written a ”Dear Comandante” letter that is kicking up a fuss on Capitol Hill.

The letter is addressed to Daniel Ortega Saavedra, the coordinator of the junta that rules Nicaragua. In it, the lawmakers commend his Government ”for taking steps to open up the political process in your country” and urge greater efforts toward freer and more open elections.

After the letter came to light in a Congressional debate on Nicaragua last week, Representative Newt Gingrich, Republican of Georgia, flew into a letter-writing frenzy of his own. Mr. Gingrich is circulating the ”Dear Comandante” missive to reporters around town, accompanied by a statement that accuses the authors of undercutting the Administration’s foreign policy.

The whole matter, Mr. Solarz said, has become ”the biggest mountain out of the smallest molehill.”

Indeed, Mr. Solarz said, the ”incredible irony” about the whole incident is that the 10 authors were asked to send the letter by Alphonso Robello, whom the Congressman describes as a leader in one of the paramilitary groups now battling the Sandinista leadership in Managua.

”The whole thrust of the letter is to encourage the Government of Nicaragua to hold free and fair elections,” the Brooklyn Democrat said. ”Presumably, that’s what Newt Gingrich and the Reagan Administration is trying to do themselves.”

The 10 authors include Jim Wright of Texas, the majority leader; Edward P. Boland of Massachusetts, chairman of the House Intelligence Committee, and other senior Democrats in the foreign policy field. The letter tells Mr. Ortega that it was written ”in a spirit of hopefulness and goodwill” and voices regret that relations between Nicaragua and Washington are not better.