So says the person who believes the president who has told over 5000 untruths in less than two years.

It hasn't hurt the economy.

Know how you divert attention from assassination attempts and antisemitic massacres? You advocate shooting kids who throw rocks.

Sounds like Netanyahu. The right wing in Israel doesn't give a **** about the diaspora. They want it cowed, frightened, submissive so it won't speak out against human rights abuses by the apartheid state.

Twitter has deleted an estimated 10,000 automated accounts that were posting messages discouraging people from taking part in next week's US mid-term elections.

Most of the accounts were posing as Democrats, the social media company said.

They were taken down in late September and early October.

Twitter was alerted to the accounts by the Democratic Congressional Campaign Committee (DCCC).

The DCCC was formed in response to the party's failure to respond to widespread false and negative information on social media about Hillary Clinton during the 2016 election, Reuters reported.

Twitter believes that the network of now-deleted accounts was run from the US, CNN reported.

The DCCC is reported to be working with contractors to identify misinformation campaigns.

Last month the state of California signed legislation that bans the use of undeclared bots during elections.

The bill would make it illegal to use the bots to influence voting. 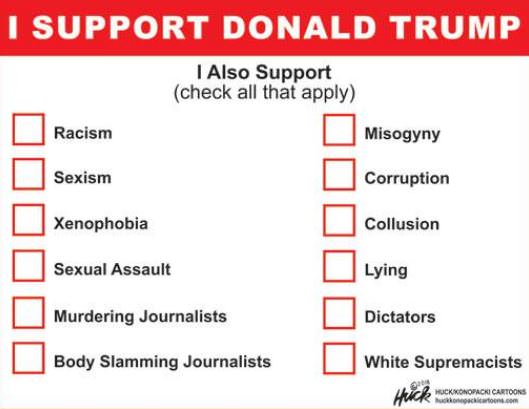 You would think that with all economic indicators at or near an all-time high, unemployment at an all-time low (notably for minorities and women), wages rising as they haven't in years, the country at peace with the threat of evil doers from ISIS to North Korea on the wane, and an incredible, indeed unprecedented, number of presidential accomplishments in 20 months this election would be the proverbial no-brainer for voters.

But no, the president -- forget the Republican candidates who have been decreed little more than "fifth business"-- tweets too much, is a braggart, insults people, is a totalitarian, a racist, a sexist, a homophobe, a xenophobe, etc., etc. Never mind what he actually does provides no evidence of that, indeed often proves the opposite. He has bad manners. The country must throw him and his party out. The media says so and it has to be.

This is "can't stand prosperity" on steroids. It is a country shooting itself in the foot to please a group of "elites" whose sensibilities are offended and, even more, who are driven by envy and a lust for power.

For all the people that say Trump makes us look bad to the world imagine how stupid they will think we are if we vote against this kind of prosperity.
https://pjmedia.com/rogerlsimon/tuesday-america-takes-an-iq-test/

This Tuesday America takes an IQ test. Or perhaps we should say a common sense test. Or even more a test to see the degree to which it has been brainwashed.

against human rights abuses by the apartheid state. 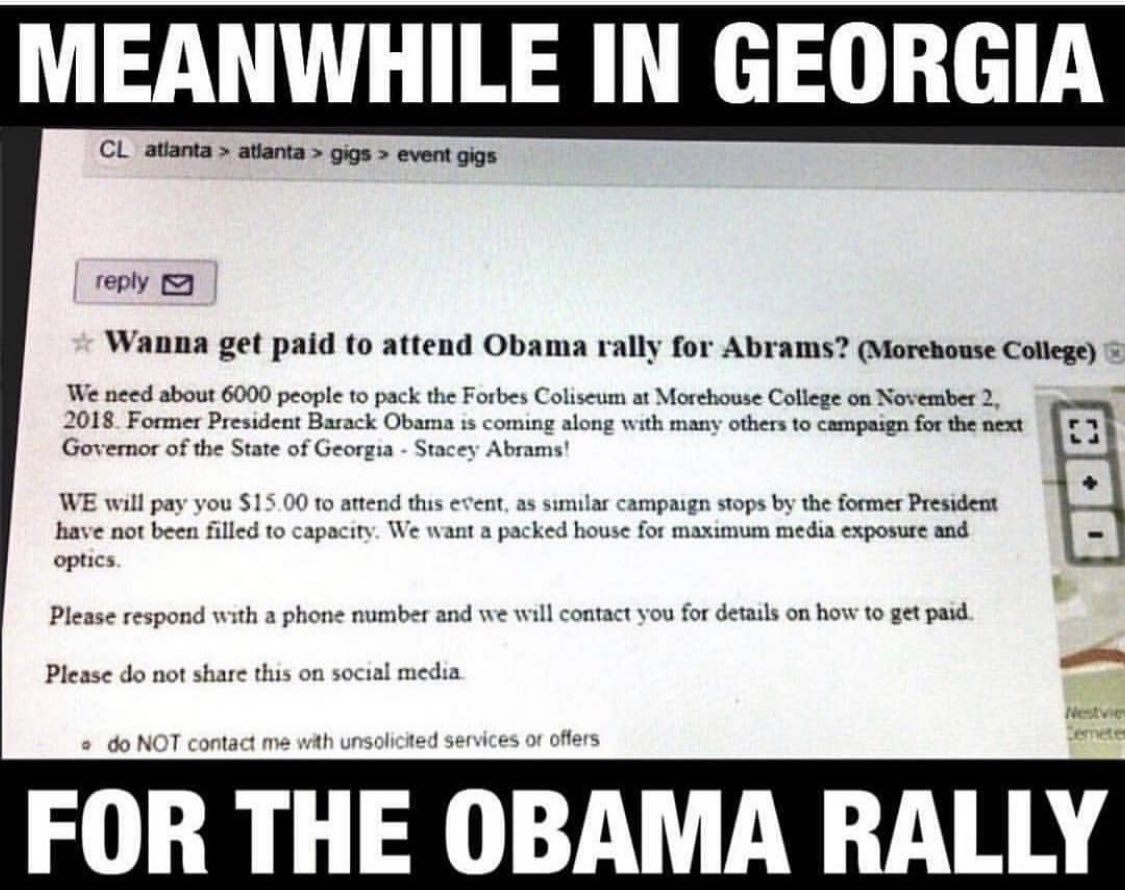 If this is true, it means Obama can’t get black Millennials to support him. Unless he PAYS THEM!
Pitiful.
https://theblacksphere.net/2018/11/democrats-run-ads-offering-to-pay-people-to-attend-obama-rally/
1 Reply
-2
Reply Mon 5 Nov, 2018 06:37 pm
@izzythepush,
izzythepush wrote:

As you can see from the above chart—based on highly favorable splits for the Democrats among independent voters in the competitive seats across California—the blue wave seems to be ebbing.

With almost 60 percent of California general election voters casting their ballots by mail, these figures represent the majority of all votes to be tallied. Democratic election day turnout would have to swamp these margins and overcome huge structural advantages for the GOP in the at-risk races.

If as the old maxim states, “as California goes, so goes the nation,” the GOP will have a very good Tuesday night compared to what’s being reported by the crystal ball talking heads who, once again, will have whiffed.

I guess they will have to bus in illegal voters. And they do. Other than that, very good news.
https://amgreatness.com/2018/11/05/the-gops-golden-state-surprise/

Nearly two years of organizing, marching, candidate recruitment and unprecedented fundraising has led the Democratic party to a critical moment. On Tuesday, it can either reassert itself politically or fall short, prompting an utter and complete psychological meltdown.

Most in the party believe that the path they will go down will be the former; that they will gain a majority in the House of Representatives for the first time since former President Barack Obama’s first term. But paranoia is part of the Democratic DNA, especially after the shock of the 2016 election. And in the final stretch of the midterm campaign, a scenario in which the party is unable to flip the requisite 23 House seats looms in the dark recesses of the mind.

“It will be paralyzing for a while, it will,” said Neera Tanden, president and CEO of the Center for American Progress. “Candidly, I think there will be a fair amount of soul searching and people will feel back on their heels... [...]

Or, as veteran Democratic strategist Paul Begala put it: “After all this work, all these volunteers, it would be absolutely shattering.” [...]

Like keeping quiet when a synagogue in Pittsburgh is shot up, but frothing at the mouth at the slightest criticism of Israel.

You're a disgusting hypocrite, just like when your pal Carlos le Baron denied the Holocaust and you refused to criticise him.

Like keeping quiet when a synagogue in Pittsburgh is shot up,

I recall making a post in one of the Pittsburgh threads condemning a prominent liberal for his antisemitism.

but frothing at the mouth at the slightest criticism of Israel.

Falsely accusing Jews of imaginary atrocities is horrible. Stuff like that must always be confronted when it happens.

You're a disgusting hypocrite,

Not at all. I always condemn wrongdoing when I see it.

just like when your pal Carlos le Baron denied the Holocaust and you refused to criticise him.

No such pal. No such refusal.

You're the worst type of anti Semite, the very worst.

If you believe that came from Obama or one of his supporters in fact, you're far more of a chucklehead than I had thought.

The university was also offering credit for going to the rally. What makes you think it is not true? They payed people for showing up to protest Kavanaugh.
0 Replies
-4
Reply Tue 6 Nov, 2018 10:05 am
@izzythepush,
Quote:

You're the worst type of anti Semite, the very worst.

How about a list of those rational posters?
0 Replies