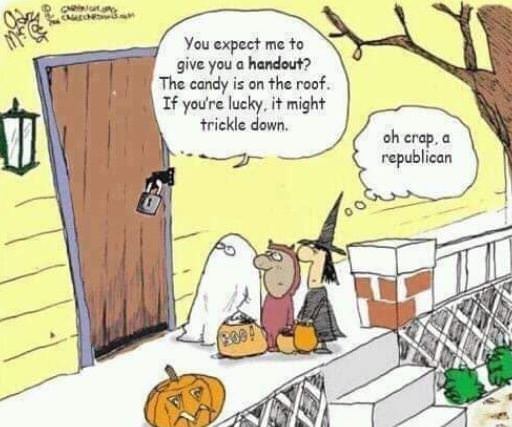 Democrats Running Because They Hate You

We’ve found a frightening intersection between the astonishing statements by Democratic candidates and campaign operatives revealed in James O’Keefe’s Project Veritas undercover videos and the conclusions of Prof. Angelo Codevilla’s recent essay “Our Revolution’s Logic” that we told you about in our article “Revolutionary Logic.”

From the horses mouth.

Project Veritas Journalist: “So he’ll lose voters if he says yes [to not confirming Kavanaugh?]”

Project Veritas Journalist: “Are the people of Tennessee that ignorant?”

Know how you divert attention from assassination attempts and antisemitic massacres? You advocate shooting kids who throw rocks.

You know who's invading the United States? NAZI'S!!!!


This is who Trump has 15,000 troops deployed at our southern border ready to shoot to kill...#GoodLord #WhatHaveWeBecome

A 4-year-old girl collapses from exhaustion and refuses to walk any further. Powerful photo from the caravan

Open the door and let 'em in.


It's sick the price of medicine
Stand up, we'll put you on your feet again
Open up your eyes
Just to check that your asleep again
President gas is president gas again
0 Replies
-2
Reply Fri 2 Nov, 2018 03:31 pm

We just heard from another one

No one believes you or the nonsense you advocate.

I advocate for the good of the country and the individual, of course you do not believe in that anymore, if you ever did.
0 Replies
2
Reply Fri 2 Nov, 2018 11:06 pm
@coldjoint,
So says the person who believes the president who has told over 5000 untruths in less than two years.
1 Reply