Those Americans are stupid.

The real election deniers are the progressives who refused to accept Mr. Trump's victory in 2016.

It has been proven over and over again that the election results were true.

Such a thing can never be proved. We'll never know if the Democrats didn't cheat and then eliminate all the witnesses.

If American politics wasn't so polarized, if you guys had more than two parties, things would be a lot more sensible down there.

What we really need to do is outlaw the Democratic Party and enslave all progressives. That'll calm things down.
0 Replies
-4
Reply Mon 16 Jan, 2023 02:44 am
@Region Philbis,
Region Philbis wrote: 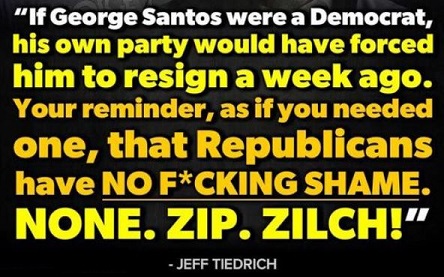 What nonsense. Shame?!? The Democrats were perfectly fine with Bill Clinton committing perjury, witness tampering, and obstruction of justice, not to mention sexual harassment, sexual assault, and outright rape.

George Santos doesn't lie anywhere nearly as badly as Barak Obama and Joe Biden do. Anyone remember "if you like your insurance plan you can keep it"??
0 Replies
-4
Reply Mon 16 Jan, 2023 02:46 am
@Mame,
Mame wrote:

That would be the end of progressivism. No progressive has ever been capable of telling the truth.

Joe Biden lies about guns and gun control all the time. And remember Barack Obama's "if you like your health insurance plan you can keep it"??
0 Replies
3
Reply Mon 16 Jan, 2023 11:34 am 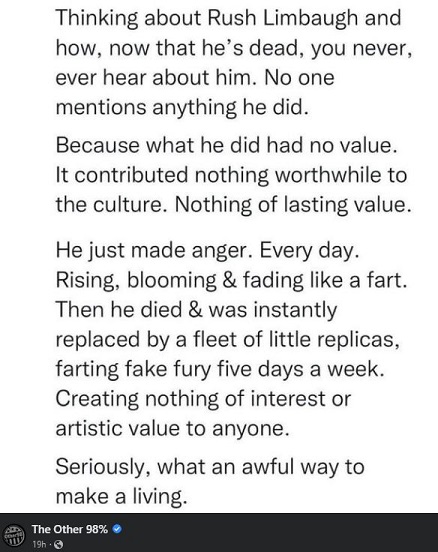 Cawthorn claims he never heard from Edwards about data; Edwards responds with screenshots

Cawthorn claims he never heard from Edwards about data; Edwards responds with screenshots

On Friday, Jan. 13, a spokesperson for Cawthorn sent News 13 a statement responding to Edwards' claims.

News 13 then reached out to Edwards to get his reaction to the former congressman's Friday statement.

In the statement, Cawthorn's spokesperson said:

"Rep. Cawthorn's senior staff gave full cooperation to incoming Rep. Edwards and his office. Congressman Cawthorn's team did not receive any message or request indicating that Congressman Edwards did not possess everything he needed to take on relevant casework.

In keeping with past representatives, Rep. Cawthorn no longer utilizes the same cell phone number that he utilized during his time as a member. Rep. Edwards was aware of this. It appears that Rep. Edwards found that he was unable to fulfill his commitment to addressing casework, and sadly failed to utilize multiple avenues to bring his inability to proceed to the attention of Rep. Cawthorn's staff.

It is disappointing that Rep. Edwards did not simply email, call, or text, members of Rep. Cawthorn's senior staff in order to address his inability to handle relevant casework. Parting shots, directed at hardworking staff, do little to help the constituents of NC-11. Rep. Edwards would do well to put aside his personal grudges and apply himself towards defending his constituents from the impacts of far-left and establishment policies.

If Rep. Edwards requires tutoring on his role as a member of Congress, Rep. Cawthorn invites him to set up a meeting with his scheduler."

House rules state that the outgoing member must execute the transfer process to the incoming representative.

Later on Friday, Edwards provided News 13 with a follow-up response to Cawthorn's denial that Edwards' team reached out to Cawthorn's staff for access to the database and needed signatures.

Edwards' statement is below:

"The record shows repeated attempts were made to get Mr. Cawthorn to provide authorization, an action that only the outgoing member can authorize. Sadly, Mr. Cawthorn continues to be more responsive to the news media with misinformation than helping to meet needs of the good people of western North Carolina.

After my staff’s failed attempts to get the form signed working through U.S. Committee on House Administration, I personally called Mr. Cawtorn’s DC and District Offices. Those attempts failed because, as we know, those extensions were not being monitored, but I wanted to make my own attempts nonetheless. Below are three text messages I then sent Mr. Cawthorn. Each of these was immediately preceded by my calls to his cell phone, the same cell phone he used to text me on Nov. 8 and then to call me a couple of weeks later when we discussed the only thing I would need from him was the release of his files. On each attempt to call his cell, his mailbox was full, so I immediately followed up with a text. Also, since no email for Mr. Cawthorn was listed on his official website, between the second and third text messages, I completed and submitted his online request for help form. I received no response from that either.

Rather than to continue with this unproductive media campaign, why doesn’t Mr. Cawthorn now simply perform his duty and sign the form?"

News 13 also spoke with a senior House Republican aide on Friday who confirmed Cawthorn’s office did not transfer records to Congressman Edwards' office.

“Departing Members of Congress are allowed and encouraged to transfer their data, especially casework records, to incoming Members to help ensure a smooth transition,” said the senior aide. “While it is ultimately each Member’s decision, choosing not to because of politics is only hurting those constituents and disrupts constituent services. For example, if a veteran needs help receiving their VA benefits and has open casework with the departing Member of Congress, they would have to start all over again with the incoming Member of Congress.”

Last month, Chief Administrative Officer for the U.S. House of Representatives Catherine Szpindor raised concerns about the negative impact of departing congressional members not transferring records and the impact it has on constituents.


The US Courts are also showing these are riots by handing down convictions of sedition in jury trials. Sedition isn't democracy, it is anarchy.
1 Reply
Below viewing threshold (view)
-5
Reply Fri 20 Jan, 2023 09:58 pm
@BillW,
These are the same US courts who found nobody to blame for the orchestrated GFC, despite mountains of evidence to the contrary.

The same courts that did nothing about SoS Clinton destroying evidence during a trial.

The same courts that "finally" prosecuted Ghislaine Maxwell, but turned a blind eye to her client list, probably because it included a former president, and most of the hollywood "elite", and many politicians of both red and blue lineage. 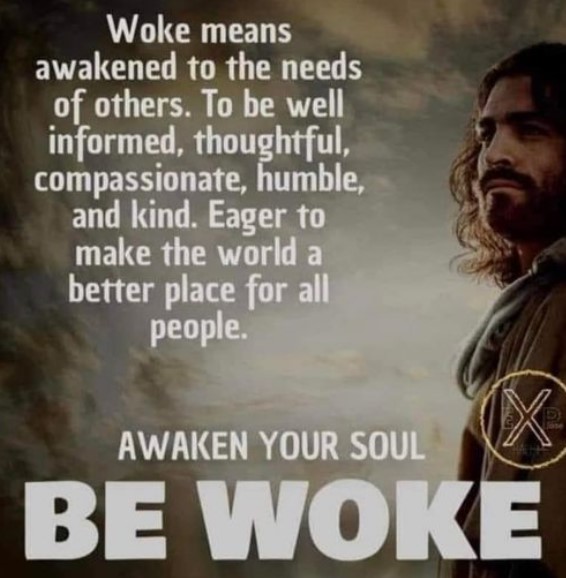 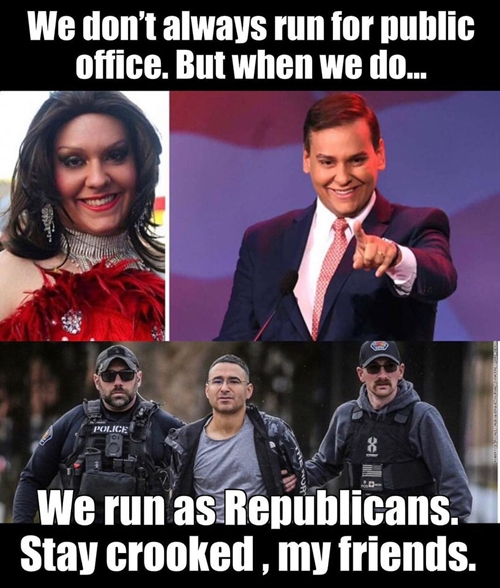 0 Replies
5
Reply Thu 26 Jan, 2023 10:51 am
Term limits prevent him from another 4 years as Governor so anything he does now is just posturing for his presidential run.

One of Florida governor Ron DeSantis‘s favorite little mottos is “Florida is where woke goes to die.” In fact, a better, more accurate motto would be “Ron DeSantis’s Florida is where free speech goes to die, unless you’ve agreed to the governor’s list of preapproved talking points, like that LGBTQ+ people don’t exist, white people are and have always been awesome, and nonwhite people have nothing to complain about.” Defenders of the governor will not like this tweak, as conservatives absolutely love to claim free speech is under attack from the left but, as the evidence shows, it’s true.

The most recent example of DeSantis’s war on free speech, which, of course, is inexplicably linked to his bigoted viewpoints, involves an AP African American studies course. Earlier this month, DeSantis sent a letter to the College Board, which is in charge of Advanced Placement classes, informing it that the the class is “contrary to Florida law” and “significantly lacks educational value.” He added: “Should College Board be willing to come back to the table with lawful, historically accurate content” Florida’s Education Department would “be willing to reopen the discussion.” On Friday, Florida Education commissioner Manny Diaz Jr. wrote on Twitter: “Florida rejected an AP course filled with Critical Race Theory and other obvious violations of Florida law.” (Not unsurprisingly NPR reports that this is false, and CRT is not included in the curriculum.)

George Santos Fraudulent Signature Could Be Final Nail in Coffin

George Santos has been accused of listing a man as his campaign financier against his wishes and using his signature without consent, in the latest controversy to hit the New York House Republican.

On Tuesday Santos filed an updated campaign finance report with the Federal Election Commission, in which Thomas Datwyler, an experienced campaign financial consultant, was listed as his new treasurer, with the filing signed with his name.

However, speaking to ABC News Datwyler's attorney, Derek Ross, said Santos had been informed Datwyler wouldn't be taking the position on Monday.

Ross said: "On Monday, we informed the Santos campaign that Mr. Datwyler would not be serving as treasurer.