Forums: Politics, Conservatives, Republicans, Ballot Box Justice, U S Election
Email this Topic • Print this Page
0
Reply Tue 24 Mar, 2020 03:35 pm
@Walter Hinteler,
Sorry to tell you, but the work you are quoting from isn't one of the founding documents of our nation and I said specifically that the word democracy isn't listed in any of our founding documents. It also doesn't refute the fact I made about laws needing to adhere to the Constitution, so a majority of votes doesn't make things so.
Example: Back in the 1990's, CA passed prop 187, by over 60% of the vote. It was taken to the state supreme court and the court said it violated CA's state Constitution, the law was overturned. CA did it again with Prop 8 a few years ago, the majority voted in favor of traditional marriage, it was taken to the state supreme court and found to be in violation of the state Constitution and overturned. It isn't so simple to just say we are a democracy.

The only direct democracy nowadays people know of are still to be found on federal, state and local level in Switzerland - but even under such circumstances, the Swiss still feel themselves to be part of the state, because of their rights of co-determination in direct democracy.

Do you think that matter to the dozens of idiot voters here in the US who think the majority should always have their way at the ballot box, regardless of what the Constitution says? The push for the National Popular vote is a good example. 0 Replies
1
Reply Wed 25 Mar, 2020 08:38 am
@Setanta,
I really don't give a rats ass either, you look like a fool when you claim someone is wrong and then refuse to tell them how they are wrong or even engage in discussion. You brought up something that had nothing to do with what we were talking about and you are taking what I said out of context, it's a weak tactic to silence me. You are a weak man with an over inflated sense on your own importance and knowledge.
0 Replies
0
Reply Wed 25 Mar, 2020 03:38 pm
Quote:

Do you have a lack of choice, feeling fear or uncertainty?

You are experiencing SOCIALISM.

To ensure the symptoms are not prolonged, take care when voting.

And vote for @realDonaldTrump

This is why even the president has to swear to protect and defend the Constitution...

(Unlike Russia which has representatives forced upon them against their will.)

Russia's free press is assassinated by these self appointed representatives and the people's right to protest and assemble is met with threats and extreme violence...

This is at the heart of why republicans are instruments of tyranny.

Oligarchy lobbyists, clerical rule and despotism are all fine with today's republicans, as long as they are the ones getting paid to sell-out our Constitution..
1 Reply
-1
Reply Wed 25 Mar, 2020 05:06 pm
@TheCobbler,
Quote:

and the people's right to protest and assemble is met with threats and extreme violence...

At violent Charlottesville protests 'I felt like I wasn't in America': Reporter's Notebook
https://abcnews.go.com/Politics/violent-charlottesville-protests-felt-america-reporters-notebook/story 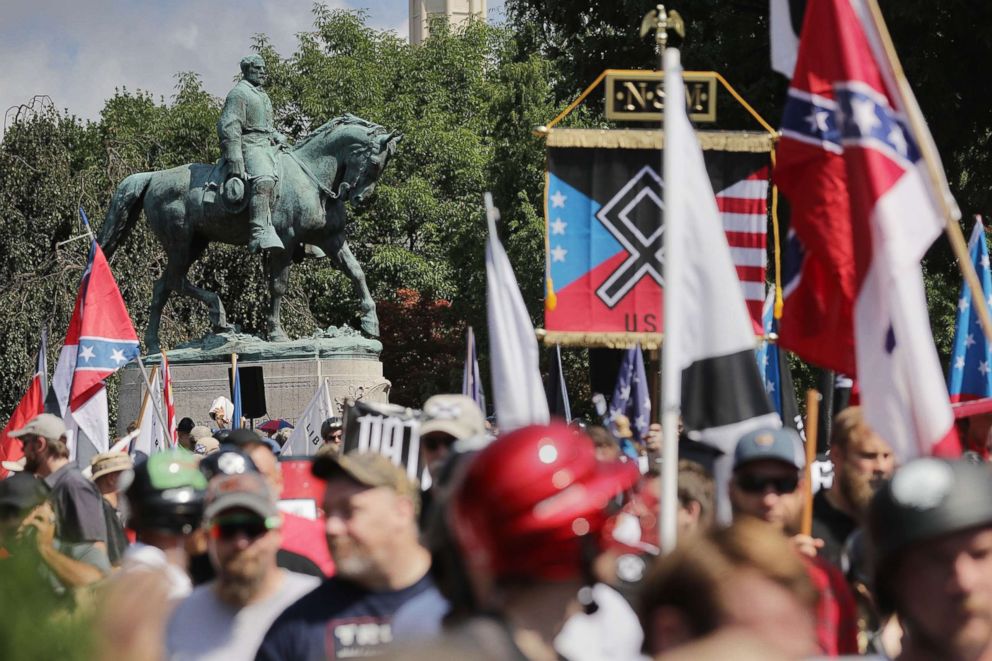 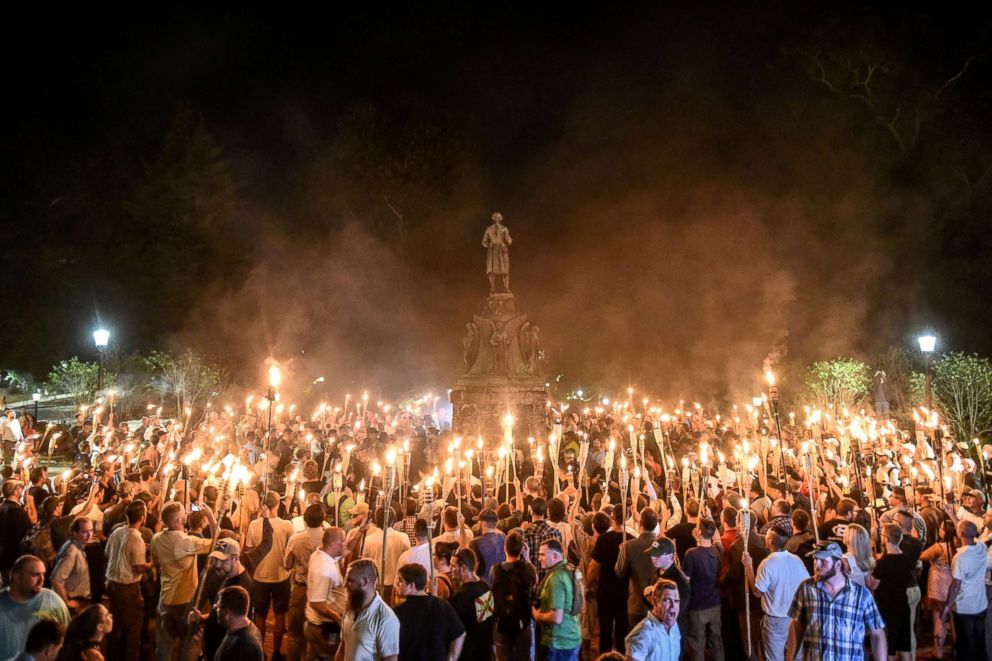 Comment:
Are these the violent protests you are referring to?

Excerpt:
The center of the controversy was a Robert E. Lee statue and whether it should come down. Confederate statues across the country have been removed in recent years. The white nationalist groups were protesting to keep the statue in place. This was supposed to be a first-of-its-kind event with far-right "republican" groups from across the country coming to make a big show of support.

Comment:
A racist general who went on a murderous rampage through our country is what republicans support?

God bless the counter protesters and SHAME ON YOUR PARTY!

Protest a woman's right to make her own health decisions, protest for better treatment of the environment, protest excessive police violence against blacks... Protest a republican criminal in the White House whose tax returns are still MIA and whose obstruction of justice is unprecedented... But violently protest the removal of a racist, murderous general's statue? WHhhaaa! My heart bleeds for you and your "cause"... (cynical)

No one worthy of self-respect or the respect of others supports you...

Excerpt:
Later I discovered the road I ran down to find Matt and my crew was the same road "republican" James Alex Fields allegedly barreled down, hitting all those people.
1 Reply
1
Reply Wed 25 Mar, 2020 11:54 pm
@TheCobbler,
This "violent" protester? 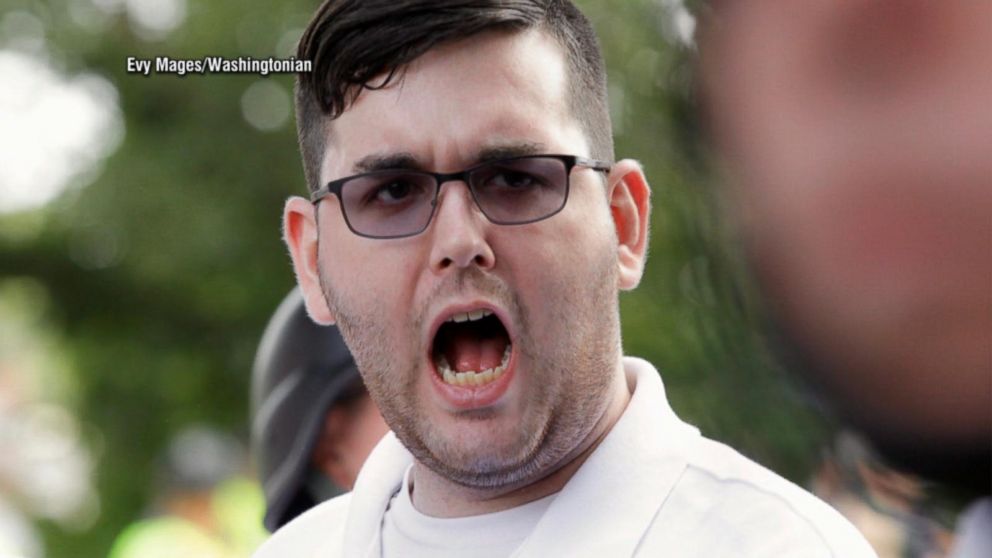 Excerpt:
Later I discovered the road I ran down to find Matt and my crew was the same road "white supremacist republican" James Alex Fields barreled down, hitting all those people.
0 Replies
-1
Reply Thu 26 Mar, 2020 12:07 am
Quote:

Once again you are full of crap...

Violent or disruptive protests on college campuses in 2017

Fighting Words: A Battle in Berkeley Over Free Speech

Other than that, I stand by my preceding comment.
0 Replies
1
Reply Thu 26 Mar, 2020 07:20 pm
@Sturgis,
She is against a woman's choice of whose baby she gives life to but chooses to leave her husband?

Whatever happened to "wives submit yourself to your husbands"? Why don't you pray for those women abused by this Bible verse?

She claims her husband is abusive and she leaves him but on the same day she will condemn another woman to carry the fetus of a rapist?

She has openly abused gays with hate and insult, she has also publicly shamed and abused women who choose not to carry a rapist's or abuser's child to term and has abused her husbands reputation in public and made public claims of his physical abuse against her.

It sounds like the pot calling the kettle black.

Now will she shove the Bible down their poor children's throats in retaliation for her husband's choices?

I don't expect this to end pretty...

By throwing a her husband out isn't she aborting a possible 11th child? Yes. She is a murderer! So, she did actually have an abortion that day...

Throwing her husband out is no different than having an abortion or using contraceptives!

Maybe she should pray for the life of her 11th child?!!!

Her hate towards others justifies the need to expose her own hypocrisy...

I feel for her in a twisted ironic way but I feel more for the gays she has abused and directed her hate upon and the rapist's she is enabling with her crazy religious bullshit! Even my own Christian kind of compassion has its limits...
1 Reply