The US is a Westphalian state with a long history of supporting freedom and democracy.

The political idea of a Westphalian state contradicts actions in foreign countries.

Fist was not clenched. My hands were open in the manner of the welcome you won't receive in the heaven you won't see.

"bitch slap" That's funny. I don't think the term had much traffic at that time even if it wasn't terribly long ago. But I would never bitch slap you, frank. As a matter of fact, I'm not sure I'd do that to anyone. No, there is someone. George Will.


George Will is such a twerp.

In response to one of his "I am morally above the rest of you" articles, I once wrote, "I doubt George Will could get laid if he walked down a Tijuana red light district street with rolled up hundred dollar bills sticking out of his nose and ears."

the view of people who can't tell the difference between America and the terrorists.

The best definition I've seen yet is,

George Will is such a twerp.

Pretty good word choice for the fellow. He fits well in the Fox milieu. I used to attend to him and Gerson quite closely (as a study in rhetorical devices and current propaganda modes) but it just became too tedious, particularly with Will. Gerson at least has a capacity for empathy and he's a more honest fellow. I don't think there is anyone in the DC/New York media universe who would be more comfortable in a powdered wig than Will.

As you suggest, it is rather difficult to imagine him as a sexual creature.

The best definition I've seen yet is,
"A terrorist is a man with a bomb, but no air force."

That looks like a variation on the famous quote from a linguist - "The difference between a language and a dialect is that the speakers of one have a navy."

Both, of course, point to how ownership of power frames and determines conceptualizations of reality and morality.
0 Replies
2
Reply Sun 26 Oct, 2014 06:14 am
Here's a phenomenon in need of explanation.

I've been going over comments here and elsewhere that came in during and after the Ottawa event.

How is it that a soldier standing at a monument who is killed by a crazy person is immediately labeled as "a hero" where a teacher in a school who is killed by a crazy person does not gain that descriptor?
1 Reply
1
Reply Sun 26 Oct, 2014 12:25 pm
@blatham,
I believe the motive (for whoever called the soldier a hero - It wasn't me) is fairly obvious, and that you are looking very hard to find contradictions in the behaviors of others: small contradictions of a degree that I suspect you routinely tolerate in yourself and among those you admire.

I certainly have not heard of any descriptions of the dead teacher other than as an innocent victim of a mindless crime. In the case of the Canadian Guard, he was a living part of a national symbol and to some degree represented all Canadians. Moreover his murder was rather clearly a manifest symbol of a continuing threat to all of them, by a growing and organized movement. 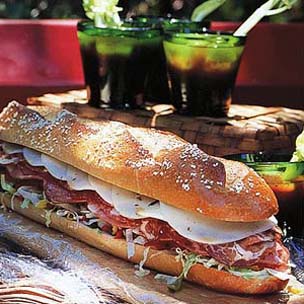 That one would feed me for most of a week.
0 Replies
1
Reply Sun 26 Oct, 2014 12:40 pm
@Lustig Andrei,
Some people do overuse the word. On the other hand I have known a few people whose actions inspired me to use that descriptor. Jim Stockdale was an example. He was, like all of us, an imperfect man, however he was truly a hero.

Like a lot of words, hero is sometimes overused. However, the world is full of such imperfections that don't bother me very much.
0 Replies
1
Reply Sun 26 Oct, 2014 12:40 pm
@Lustig Andrei,
As a matter of fact, this from Google News 27 minutes ago:

Blatham is right on this one. A valid analogy for the ongoing struggle between the USA and the Islamist terrorists might be a gang war between two mobs, not a gunfight between cops and robbers.


I believe you should think about this statement a bit more.
1 Reply
2
Reply Sun 26 Oct, 2014 01:08 pm
@georgeob1,
Well, george, even in Mafia gang wars one side is frequently more honorable and likable than the other. But both are criminal enterprises, from a purely objective non-partisan point of view.
2 Replies
1
Reply Sun 26 Oct, 2014 03:12 pm
@Lustig Andrei,
How the hell do you know that ??? Sounds like a rationalization to me.
1 Reply
1
Reply Sun 26 Oct, 2014 03:31 pm
@georgeob1,
How do I know what? It is my considered opinion that there is no substantive difference between ISIS and the USA at the administrative level. The two cultures may have substantial differences but if the MOs of their administrations (i.e. the US government and the ISIS leadership) differ at all, it's only because we (US) have a position to maintain in the community of recognized world powers. ISIS is not handicapped by any such considerations.
0 Replies
1
Reply Sun 26 Oct, 2014 03:40 pm
@Lustig
Seattle case different. There, the teacher placed self in danger to protect others.

But what george said is very interesting and is what I was hinting...

I certainly have not heard of any descriptions of the dead teacher other than as an innocent victim of a mindless crime. In the case of the Canadian Guard, he was a living part of a national symbol and to some degree represented all Canadians. Moreover his murder was rather clearly a manifest symbol of a continuing threat to all of them, by a growing and organized movement.

The reservist was simply standing near a symbolic bit of statuary and adding to the symbolism by his presence. There's no production going on and really nothing of social value at all is achieved - other than the symbolism. He's not helping anyone (as a teacher would be) and he's really at a level of risk near zero. We can safely assume that a reservist at this post is far, far less likely to be in danger than if he's in his own home.

So the application of a word like "hero" rests entirely on some symbolism. And that's the insanity.
1 Reply
1
Reply Sun 26 Oct, 2014 03:52 pm
Another interesting aspect to this was the news coverage at the time. I was watching CNN, MSNBC and CBC. All networks spoke as I'm about to describe but the US networks seemed to do it more robustly.

They referred to the memorial and to the Parliament buildings as "sacred". Again, that's entirely symbolic. None of these things are sacred to me. I frankly despise this conceptual structure with the binary opposition to 'profane'.

I don't care if someone burns the flag or if somebody poops on grandma Latham's grave. There's no harm done. My life is not worse nor is anyone's life made worse. Unless, of course, we decide to take offense. Then lots of bad crap starts to happen.

If this thesis seems weak, simply consider how overwhelmingly concerned with symbolism these Muslim radicals are and the consequences that arise from such conceptualizations.
1 Reply