Forums: Pets, Dogs, Elf On The Shelf, Elf, Shelf
Email this Topic • Print this Page
Reply Fri 6 Dec, 2013 06:56 am
My dog is obsessed with our Elf on a Shelf. We have a small stuffed animal type of girl elf. Now granted these creatures do look creepy, but my dog wants to kill this elf.

Last year, whenever she moved he would run over to where she was and whine and whine (as she was typically high enough he couldn't get her). We did not at the time worry about her and the dog as he has never bitten or played with the kids stuffed animals and believe me he has had ample opportunity with them all over the place - he just never bothered.

Any way - one time - our elf was low enough that the dog managed to get her. We found her with her skirt torn off and less the tip of her nose. Parents are allowed to pick the elf up in these circumstances and to help save her.

So this year when we pull her out same thing - he goes to where she is perched and runs to us and back and whines and whines. This morning she is on the middle of the dining room table - I find poor elf in the dogs mouth - without her skirt. He must have managed to jump on a chair and jump on the table to get her - he has never climbed on the table before.

It just goes to prove that there's no plaice like gnome.

What is it with the elf? Why does he want her so bad? What is this obsession?

Well they are evil looking. Haven't you seen the movie Chuckie? Clearly your dog realizes that these Elves on a Shelf are close cousins to that serial killer doll.

but my dog wants to kill this elf.

Your pooch gets my full support.

This guy is doing his patriotic duty to rid the world of monsters on a shelf!

1 Reply
1
Reply Fri 6 Dec, 2013 07:33 am
@tsarstepan,
so dogs just naturally detest these elves. He is right now over near the elf whining. It is just the strangest thing. He hasn't really acted that way before over something - other than the one day he kept running towards the wall beneath the basement stairs - but that was likely a mouse hiding there.
1 Reply
3
Reply Fri 6 Dec, 2013 07:35 am
@Linkat,
I think you're on the nose. Dogs can detect inherent evil. I must have been a dog in the past life because I feel a residual detestation for these elves myself.

1 Reply
2
Reply Fri 6 Dec, 2013 07:43 am
@tsarstepan,
Its funny my older daughter says this elf is creepy. My younger daughter loves her. But then again my younger daughter also loves what we have deemed "creepy monkey"- her name for him is champ.

Maybe the concern isn't with the dog, but with my daughter's obssession of creepy toys.
1 Reply
3
Reply Sun 8 Dec, 2013 05:00 am
@Linkat,
Good lord. I just looked those things up. I'm with the dog....those things are just waiting to turn into Chuckie.

I'd put a stake through its heart and bury it at a crossroads at midnight, then get the house exorcised! 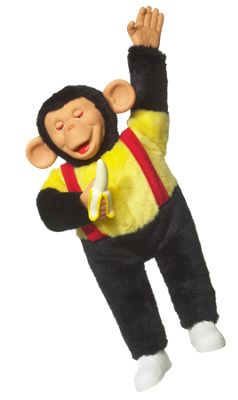 My dog is now trained where we ask him to go find Alice and he runs around the house until he finds her and they sorta points with his front paw and paces and cries in front of her.

It is especially rewarding when we place the elf just out of his reach. It drives him crazy.
0 Replies
1
Reply Thu 25 Dec, 2014 12:42 pm
The Truth behind the elf on the shelf!

http://tapastic.com/episode/84263
1 Reply
2
Reply Fri 26 Dec, 2014 09:55 am
@tsarstepan,
My dog has done it again this year. He searches for Alice and cries when he finds her -- then he runs to where we keep his treats. I think this is going to become the dogs thing now that the kids are getting older. Although my 12 year old still likes the elf - she doens't write it letters any more (which is a blessing as it was getting hard to write them every night).
0 Replies
1
Reply Fri 27 Nov, 2015 02:53 pm
Ok it has been 11 months since Alice last made her appearance.

Wouldn't you know the dog found her --- how does the dog remember this? All I said was where is Alice - he ran around and then found her - and starting crying until I gave him a treat.

the elf is creepy