Forums: Dogs, Pets, Photography, Dog House, Pets And Garden
Email this Topic • Print this Page
Reply Thu 6 Aug, 2009 08:47 pm
We have the cat room, and while I am an avid cat person, I do also love my pup. I am sure that many of you have a beloved canine and I would love to see some pics and hear some stories.

This is my dog Bodhidarma (Bodhi for short) As far as I can tell he is a yellow lab/Akita mix. He is the sweetest dog I have ever known and is a big couch potato.

We adopted him from a shelter and he had been abused by someone because he was very skittish and would cower when you tried to pet him. I am happy to report that in the 2 and a half years that we have had him he has come out of shell and is loving life (on the couch).

The vet estimated his age at about 3 when we got him, so that makes him 5 years old now. He is henpecked by the cats, but he only lets them push him around so far before he gives a warning growl.

As you can see he' pretty laid back. He barks a good bark, but attack dog he's not.

My couch potato dog and the Queen of the house, who deigned to let him sleep next to her.

We lost our beloved Max in June, he was 15 years old. We miss him dearly
but always have room for more, so today we adopted another dog "Lilly"
from the animal shelter. We'll get her tomorrow after being spayed and
checked over. Can't wait!! I'll post pictures of Lilly then

In the meantime, here is a picture of old Max , sitting up and begging for food
which was his favorite past time...

What a character, Robert! Did you teach that or is it something he just did one day?
1 Reply
3
Reply Fri 7 Aug, 2009 10:54 pm
Here is our new dog, Lilly. We got her from the shelter today !
They spayed her in the morning, so she's a bit under the weather. Such a sweet
dog though...

She is a pretty girlDog.

There are two dogs sharing the house with us. We're lucky they let us stay with them. The camera's charging now - there should be a few good pix in there (though I have literally mmmmmmmmmm hundreds of both Bailey and Miss Cleo over the years).
1 Reply
1
Reply Fri 14 Aug, 2009 06:00 pm
@ehBeth,
Yes, Lilly is a trouble maker. Hard to believe that she ended up at the animal
shelter and no one claimed her - lucky us!

Oh, I always liked the pictures of Cleo and Bailey with their "grandparents".
Post a few of those too, ehbeth. 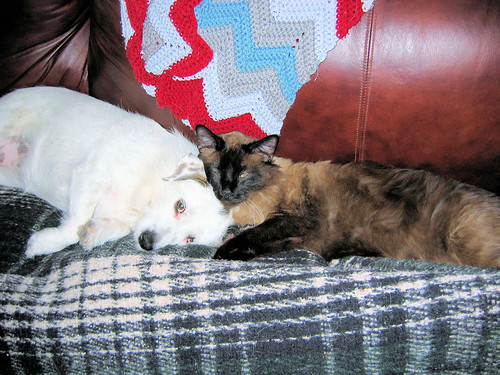 Pacco with camera eyes pulling one of Sallydog's toys that was held by Dyslexia..
Pacco has been gone a couple of years - he's still my bud.


To explain, Dyslexia and Diane are a2kers that are neighbors and friends. Sally the Dog brought a certain joy to Pacco's life in his last years.
1 Reply
1
Reply Fri 14 Aug, 2009 06:25 pm
@ossobuco,
Dys, you said a while ago that you had some photos of Sally and Pacco that I hadn't seen - do you still have them?
1 Reply
1
Reply Fri 14 Aug, 2009 06:27 pm
@ossobuco,
Bodhi looks soulful...
Max, what a sweetie smile, love that photo.
Lily, Trouble is Her Middle Name.
Harry, terrific.. love all the videos of him..
0 Replies
1
Reply Fri 14 Aug, 2009 07:07 pm
aawww look at all those lovely dog pictures. Pacco was a great dog and he
obviously took a liking to Sally right away.
Oh and Timber with his dog, that's nice of you to post that one, osso. 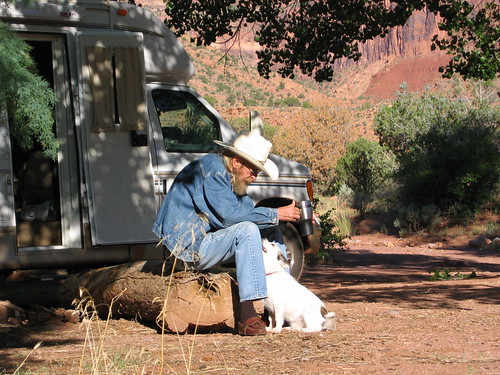