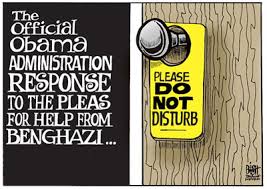 0 Replies
2
Reply Sun 15 Sep, 2013 09:53 pm
There are two kinds of Republicans, as we all know. There's the kind that get in the White House and spend money like drunken sailors and there's the Teaparty that wants us to spend all our money on the military, big business favors and prosecuting Democrats for any and every thing they do,
2 Replies
-1
Reply Mon 16 Sep, 2013 02:56 am 0 Replies
4
Reply Mon 16 Sep, 2013 09:46 am
@edgarblythe,
I See GangaSnaKKKe has credited the author of the degradation (The Southern Strategy) of the GOP into the party of racist and teabonics.

Good for you Ganga--Nixon is your dead boy to kick for today.

0 Replies
0
Reply Mon 16 Sep, 2013 10:14 am
@RABEL222,
What is going right with ACA? More and more companies are dropping people from their insurance, companies are reducing hours because of the cost. How many aspects of the ACA have been put on hold at this point? How many different groups have sought exemptions including part of Congress? The Unions are upset and are now fighting aspects of it and they were the ones who pushed so hard for it in the beginning.


Hold on there. Ignorance has nothing to do with the truth about our incompetent and corrupt president.
Ignorance is your OP, in spades.
0 Replies
-2
Reply Wed 13 Nov, 2013 11:27 am
@edgarblythe,
And one kind of democrat, proven liars and panderers to any group that cries victim. All the time using that group to its own political ends.
The present administration is a perfect example.

And let's not forget the useful idiots that repeat the lies and try to marginalize those who see through them.
0 Replies
1
Reply Wed 13 Nov, 2013 11:32 am
I'm a Brit and when I heard on the news last year that US ambassador Stevens and 3 other US personnel had been murdered in the Benghazi terror attack, I thought "Wow, now America will go in bigtime to give payback!" but amazingly NOTHING HAPPENED as far as i can tell, and there were no follow-up stories or anything in the news, or did i miss them?
It was as though Obama just let them get away with it, what the hell for?
1 Reply
-1
Reply Wed 13 Nov, 2013 11:34 am
@Romeo Fabulini,
Quote:

PS- amazingly the Brit media never called the killers "The muslim murderers", they simply called them "The suspects"
Huh, there they were standing in the street with bloody knives openly admitting on video that they'd killed Rigby, yet they're just "suspects", ha ha!

S- amazingly the Brit media never called the killers "The muslim murderers", they simply called them "The suspects"

What about Asian? Isn't that a trick of your media? I have tried to explain that PC bullshit and have heard it doesn't happen.

Yes we're used to the media's bullshit but in fairness to them they HAVE to only print what the government tells them to print, or else get jailed for printing "race hate" because nobody over here is allowed to say anything nasty about foreigners.
For examp earlier this year a Brit woman in England was arrested for calling an Australian woman "You bloody Australian" during an argument.
And another woman was arrested and fined for calling a gipsy "you damn gippo".

And 11 years ago a white English guy tipped off the English cops about black drug dealing at a nearby house but they did nothing. Then the dealers complained to the cops that he was "harassing" them by watching them with his binoculars, so the police swung smoothly into action and arrested the white guy and he got 3 months in jail. I was that guy!
You couldn't make it up..

Don't you care? Or is it just a republican thing?


It seems it's only a republican thing when there is a Democrat in the White House.
3 Replies
1
Reply Wed 13 Nov, 2013 12:17 pm
PS- re the Stevens murder, I think I heard a rumour somewhere that he was gay?
If that's true, it might explain why Obama let it go, in case he offended muslims by trying to avenge the murder of a gay guy.
0 Replies