We Have No Privacy, We Are Always Being Watched.

Forums: Privacy, Computers, Indonesian Massacre 34, Assassination Nation 34, N S A
Email this Topic • Print this Page
4
Reply Tue 11 Jun, 2013 08:33 pm
@revelette,
The aspect of all this which does bother me is the fact that the government can compel any private company to hand over their data and require them to keep silent about it. I have heard (but I do not know for certain) that some companies (and also individuals) are restricted from even speaking to their attorneys about the compulsion.

I think the Patriot Act (and probably other Government programs) are too broad in the powers they give the government, and need to be repealed or neutered.

I found the government's response of "this is old news, we've been doing this for years" to be inadequate justification for deflecting criticism of the existing programs. Just because they've been doing it for a while now doesn't make it any more valid.
0 Replies
1
Reply Tue 11 Jun, 2013 08:36 pm
@Frank Apisa,
Frank Apisa wrote:

The Caucus - The Politics and Government blog of The New York Times
June 11, 2013
Poll Finds Disapproval of Record Collection, but Little Personal Concern

In the wake of the exposure of two classified surveillance operations, most Americans expressed disapproval about the United States government’s collecting phone records of “ordinary” Americans. Yet, most showed little concern about their own Internet activities or phone calls’ being monitored.

A majority, 57 percent, said that the leaks about the surveillance programs would not affect the ability of the United States to prevent future terrorist attacks, while 30 percent said the fact that the programs had been made public would weaken the government’s efforts to prevent terrorism.

At the same time, a slim majority, 53 percent, said that collecting Americans’ phone records was a necessary tool to find terrorists, while 40 percent said it was not necessary.

A New York Times/CBS News poll conducted in April, after the Boston Marathon bombings, found a similar number of Americans saying the government had achieved the right balance between intrusion and privacy, but only 20 percent said it had gone too far, and 26 percent said it hadn’t gone far enough.

When it comes to their own communications being tracked, 6 in 10 Americans said they were not very or not at all concerned about the government’s collecting their phone records or monitoring their Internet use. Nearly 4 in 10 were somewhat or very concerned, and again, Republicans and independents expressed more concern than Democrats.

The CBS News poll of 1,015 adults on cellphones and landlines was conducted June 9-10 by live interviewers. It has a margin of sampling error of plus or minus three percentage points.
http://thecaucus.blogs.nytimes.com/2013/06/11/poll-finds-disapproval-but-little-personal-concern-about-record-collection/?hp

There is much more to fear from people who constantly cry "wolf" and "the sky is falling" than there is from government.

Don't you find it odd that the US never keeps track of the numbers of "oppressed people" it slaughters when it propagandizes that that's the "mission"?...

Your figures are utter nonsense. For example, show me a link to the figure of 1.5 million killed in Iraq by American forces. American forces were responsible for a small fraction of the annual violent deaths in Iraq.

So that whole 4th Amendment thing was a waste - just the Founders being naive? It's not the business of the government to track the phone calls of law abiding citizens as a preventive measure, nor to tell the phone companies that they force the information from that they'll go to jail if they tell the truth about what's happening. It's absolutely contrary to the spirit of America and I want it stopped.


and yet so many respond to this with some variation of " it's OK, daddy would never hurt me" ignoring that daddies do sometimes hurt, and that we are not children.

NEWSER) – All the furor about real-life Big Brother-esque surveillance has a lot of people reaching for the fictional version. As of this morning, Amazon sales of George Orwell's 1984 had jumped 6,021% in 24 hours, NPR reports. The dystopian classic is now No. 164 on the online bookseller's charts.

orry, Hawkeye...I am not worried about the government as much as I am about all the conspiracy theorists who are moaning and groaning about damn near everything these days.

There is much more to fear from people who constantly cry "wolf" and "the sky is falling" than there is from government.

Sure there is a danger as those conspiracy theorists have the power of the government behind them along with secret courts.

Seems like for once those nuts are far more correct then not and see the great big many billions dollars computer complex that NSA is about to turn on in Utah. 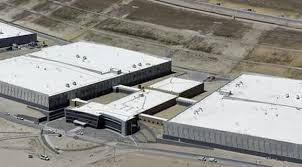 0 Replies
1
Reply Wed 12 Jun, 2013 07:14 am
@McGentrix,
I can't hear those non captions videos, but I can recall Obama's and many other views on the subject of surveillance, both sides have switched their positions.

I found the following to be helpful in understanding exactly what Section 215 is and what it allows.

As we all scramble to become cybersecurity scholars, here's a handy guide to Section 215, the part of the Patriot Act that authorized the National Security Agency to collect cell data from Verizon and also possibly data for its PRISM program.


To understand Section 215, you first need to read Section 103(a) of the 1978 Foreign Intelligence Surveillance Act, which established the FISA court system that grants the government permission to conduct electronic surveillance.


The Chief Justice of the United States shall publicly designate seven district court judges from seven of the United States judicial circuits who shall constitute a court which shall have jurisdiction to hear applications for and grant orders approving electronic surveillance anywhere within the United States under the procedures set forth in this Act, except that no judge designated under this subsection shall hear the same application for electronic surveillance under this Act which has been denied previously by another judge designated under this subsection.
Under Section 215, the government can apply to the FISA court to compel businesses (like Verizon) to hand over user records. Here's what Slate wrote about Section 215 in a 2003 guide to the Patriot Act:


Section 215 modifies the rules on records searches. Post-Patriot Act, third-party holders of your financial, library, travel, video rental, phone, medical, church, synagogue, and mosque records can be searched without your knowledge or consent, providing the government says it's trying to protect against terrorism.

As Section 215 stands today—in the reauthorized version of the Patriot Act passed in 2005—"tangible things" (aka user data) sought in a FISA order "must be 'relevant' to an authorized preliminary or full investigation to obtain foreign intelligence information not concerning a U.S. person or to protect against international terrorism or clandestine intelligence activities." It also established congressional oversight for the FISA program, requiring the DOJ to conduct an audit of the program and the "effectiveness" of Section 215, and to submit an unclassified report on the audit to the House and Senate Committees on the Judiciary and Intelligence.


That was during the Bush administration. How has the Patriot Act changed since President Obama was elected?

Not very much. Sen. Obama voted to reauthorize the Patriot Act in 2005, a decision he defended on the campaign trail in 2008 with the caveat that some provisions contained in Section 215, like allowing the government to go through citizens' library records, "went way overboard." But in 2011 President Obama signed a bill to extend the Patriot Act's sunset clause to June 1, 2015—with Section 215 intact in its 2005 form.


Did the NSA also use Section 215 to obtain Internet data for its PRISM program?


This is less clear, but the leaked PRISM program documents seem to indicate yes. The PRISM presentation seems to imply that Section 215 applies not only to phone metadata but also to email, chats, photos, video, logins, and other online user data. Referring to the type of data the government is allowed to collect as "tangible things" allows a pretty wide berth for interpretation.

0 Replies
1
Reply Wed 12 Jun, 2013 07:50 am
The one difference in the situation now and the situation which exploded under Bush was that the Bush administration was conducting surveillance with a presidential order signed in 2002 without warrants or the FISA courts. The spying done now is done in accordance with the Patriot act and with warrants from the FISA courts. Now people may argue against the Patriot Act and a debate is helpful, but people should get their facts straight first.

I would like to hear some experts talk about how likely it is that trained terrorists would get caught in this surveillance...it sounds like they would have to be country bumpkins. if this is the case then my theory that SAFETY! is being used as an excuse to build a police state just got more evidence for it.


The data they're getting is not surveillance. These aren't recordings of phone calls, or even necessarily the text of E-mail messages.

They're looking for patterns of behavior, and they're trying to correlate the phone records with data they're gathering overseas.

"Suspect X in Afghanistan made twenty five phone calls over the last week. Is there a phone in the US that received calls at some of those times? If so, what cell towers was it using? Can we connect that phone to calls made by Suspects Y and Z?"

This idea that Big Brother is Watching is somewhat overblown, IMO. Big Brother doesn't give a damn what brand of toilet paper you buy, or if you call in to vote on American Idol.

Given that the FISA is a secret court of all things in the US and it have never once rejected one request for a warrant meaning that it is a rubber stamp court who the damn care?
2 Replies
1
Reply Wed 12 Jun, 2013 08:08 am
@DrewDad,
Quote:

The data they're getting is not surveillance. These aren't recordings of phone calls, or even necessarily the text of E-mail messages.

So they are now claiming and that super large many billions computer/storage farm about to go on line in Utah is needed to just save phone numbers and such information.
0 Replies
1
Reply Wed 12 Jun, 2013 08:09 am
@DrewDad,
DrewDad wrote:

There's too much data for them to watch everything you do.

If you pay with a credit card, or you use customer loyalty cards, then you're being tracked.

Which may be why some senators want the FISA to be more transparent "when possible." Not to be too factitious, but if it is secret how do you know it hasn't ever, not one time, denied a warrant?

By their public released reports to congress that give zero details we know that they had rejected not one warrant request.

Just the very idea of a so call secret court in the US make one blood run cold as that is something you would expect to see in the former USSR or Nazis Germany not here.

This court is so damn secret that when the ACLU once wished to serve the court with some legal requests they had a hell of the time doing so as not even the clerk of this court is known.
2 Replies
1
Reply Wed 12 Jun, 2013 09:08 am
@BillRM,
Quote:

Just the very idea of a so call secret court in the US make one blood run cold as that is something you would expect to see in the former USSR or Nazis Germany not here.

The FISA court is hardly new, been around since the 70's.

So does that made it less secret or less of a proven rubber stamp for the government?
1 Reply
1
Reply Wed 12 Jun, 2013 03:23 pm
@BillRM,
There's a description of a records storage facility in William Burroughs. I think in Naked Lunch.
0 Replies