Forums: Politics, Economy, Fiscal Cliff, Us Congress, Us Politics
Email this Topic • Print this Page
1
Reply Tue 20 Nov, 2012 11:07 am
@cicerone imposter,
As much I don't like siding with conservatives, the second article had a few good points about some of the tax breaks going towards lower income people will be hurt if they are expired.

There’s one problem with her scenario: While the Bush tax cuts expire on Dec. 31, so do a lot of tax policies the Democrats support. For example:

●The 10 percent income tax bracket would disappear, so the lowest tax rate would be 15 percent.

●The employee share of the Social Security payroll tax would rise from 4.2 percent to 6.2 percent.

●An estimated 33 million taxpayers — many in high-tax blue states — would be required to pay the alternative minimum tax, up from 4 million who owed it in 2011.

●Tax preferences for alternative fuels, community development and other Democratic priorities would go away.

●And the expansions of the earned income tax credit and the dependent care credit would disappear as well. 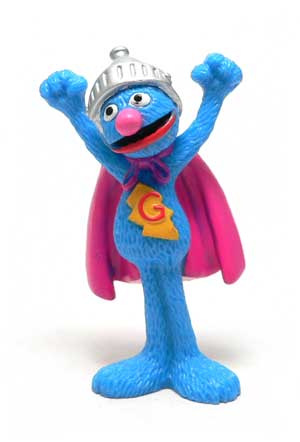 What are they fighting for? The rich already voiced their opinion about willing and able to pay more in taxes.

The GOP keeps fighting a fight that's not there!
2 Replies
1
Reply Tue 20 Nov, 2012 11:42 am
@cicerone imposter,
They're looking at their next election and hoping to avoid being primaried by Grover, et al.

I'm not even sure the Koch brothers were invited!

If the tax cuts expire on Dec 31st then I have little doubt they'll be reinstated for everyone under $250,000 by the 15th of January

You have a lot more faith in congress than I do. If the Bush tax cuts expires and afterwards congress reinstates the tax cuts for 98% of us but not the 2%, then that will be a tax hike for them which will mean they will still run afoul of Grover's little pledge of no new tax increases.
2 Replies
1
Reply Tue 20 Nov, 2012 03:29 pm
@revelette,
Several GOP congressmen already said they're not going to "keep the pledge" on no higher taxes for the wealthy.
0 Replies
3
Reply Tue 20 Nov, 2012 03:39 pm
@revelette,
No it won't. There's no vote to increase taxes on Jan 1. It's automatic. Then they can come back and vote to decrease taxes for most of us.
2 Replies
1
Reply Tue 20 Nov, 2012 09:04 pm
I did not write this, but I like it.

Why do imaginary phantoms terrify, while real-life horrors seem normal? Why do our elected representatives act in ways that trample the values of those who elected them?

Consider the current debate in Washington. The city is in full uproar about the so-called “fiscal cliff,” the deep cuts in spending and hikes in taxes scheduled to take place at the end of the year. To listen to this debate, you would think the end of the world will come if Congress and the president don’t reach an agreement to cut Medicare and possibly Social Security and increase taxes over the next 10 years to avoid going over the cliff.

Don’t fall for the hype.

The fiscal cliff is not a product of nature. It is rather a dangerously foolish austerity bomb created by Congress in the debt-ceiling negotiations 18 months ago. Essentially, Congress is threatening to blow up the economy unless Congress agrees not to blow up the economy. The threat is used to extort agreements that would otherwise simply be unacceptable — such as cutting Medicare and Social Security, the basic pillars of family security.

And the supposed underlying threat of out-of-control deficits is equally imaginary. Deficits are down, as a percentage of the economy, by 25 percent since the depths of the Great Recession in 2009. They will continue to come down if the economy continues to grow. That is endangered not by homemade bombs, but by a world economy that is headed back toward recession. And growth is also endangered if Congress cuts deficits too rapidly by slashing spending and raising taxes — kneecaping an already-faltering recovery. Interest rates on U.S. Treasury notes are at near-record lows. Markets — investors — are telling us that the threat isn’t out-of-control deficits and inflation; the threat is slow growth or worse.

While everyone is in hysteria about phantoms, the real horrors are ignored. Record numbers of Americans have already gone over the cliff with no help in sight. More than 20 million people are in need of full-time work, and Washington is focused on cutting deficits, not creating jobs. Poverty is at near-record levels and inequality at new extremes, and Washington is talking about cutting programs for the vulnerable. Racial and gender inequity still throws hurdles in front of a majority of the country, but isn’t on the agenda. Violence still haunts our streets, but receives no attention.

These things are real, not imaginary. They exist now, not as phantom fears. And they cost big-time.

Poverty costs in dreams crushed, hopes stunted, lives lost. It costs more to live in poverty. Food is more expensive, transportation is harder, illness is unaffordable. The loss of a job, the theft of a paycheck, the illness of a child can sink a family struggling to stay afloat.

Poverty, violence, and racial and gender inequities also cost the country big-time. We won’t put up with mass starvation. The unemployed collect food stamps; the employed pay taxes. This country will pay big-time for a generation raised in poverty on mean streets.

These are real-world challenges that cannot be ignored because of congressionally invented phantoms.

1 Reply
1
Reply Wed 21 Nov, 2012 01:00 am
@edgarblythe,
The real problem facing our country are the companies who try to squeeze pay and benefits from their workers to the minimum rather than the maximum.

Board of Directors, Officers, and the CEO's of companies do not understand that it's the middle class that keeps our economy healthy - by being able to purchase goods and services in the market place. If their pay doesn't keep up with inflation, they have a more difficult time buying the goods and services being produced in our own country.

For example, are auto workers paid enough to be able to purchase the very cars they are producing?

The board and heads of companies are not too bright when they don't understand that simple economic thesis.

It's not only about taxes where the emphasis have been for too long. It's about benefiting from the profit of the company - equally.

Then they can come back and vote to decrease taxes for most of us.


Why not for all of us?
1 Reply
2
Reply Wed 21 Nov, 2012 08:41 am
@H2O MAN,
Because we do have a debt problem and it must be solved somehow. In the last couple of years it is a fact that the richest among us have not paid their fair share of effected tax rate. It would be unfair to ask the middle class who have been struggling since the economy went downhill to continue to sacrifice while the top earners just keep getting richer off the rest of us. If we only cut entitlements besides not solving the debt crises, it would punish the very people who have been hurting the most this last decade.

The annual report, which the IRS typically releases with a two-year delay, covers the 400 tax returns reporting the highest incomes in 2009. These families reported an average income of $202.4 million, down for the second year as the Great Recession slashed their capital gains.

In addition to the six who paid no tax, another 110 families paid 15 percent or less in federal income taxes. That’s the same federal tax rate as a single worker who made $61,500 in 2009.

Just 82 of the top 400 were taxed in accord with the Buffett rule, which proposes a minimum tax of 30 percent on annual incomes greater than $1 million.

Let’s return for a moment to the single worker who made $61,500 in 2009 and paid 15 percent of his salary in federal income taxes. The top 400 made more every three hours than he did in a year, and yet many of them paid the same or a lower tax rate, according to the data in the report.

More at the source