.... US forces in Tripoli told to stand down on night of attack;
Hillary cut department’s counterterrorism bureau out of the loop
0 Replies
-1
Mon 6 May, 2013 06:05 pm


If only Obama had mobilized forces in Boston that cop at MIT wouldn't have been shot.
Fact. The first assault had ended. There was no need to send forces there unless you KNEW there was another attack going to happen almost a mile away. When you can provide evidence of someone having knowledge of that future attack then you might have a case. Without that prior knowledge you might as well blame Bush for 9/11 and Benghazi on it's anniversary since Bush didn't stop either attack.


The Benghazi cover-up by the Obama administration is huge... if the liberal media
had investigated and reported in real time Obama may not have won the election.
1 Reply
1
Tue 7 May, 2013 09:25 am
@H2O MAN,
The Benghazi coverup is so huge that you have to post things from Glenn Beck and Michelle Malkin as your evidence.


Now that the liberal media has started reporting and investigating there is a growing
number of sources that confirm the HUGE cover-up by the Obama administration...
0 Replies
-1
Tue 7 May, 2013 09:47 am
@parados,

Charges Of A Benghazi Cover-Up No Longer ‘Fox-Induced Hysteria’

Make no mistake, the narrative that clears the Obama administration from
culpability in the failure to save American lives in Benghazi is collapsing.

the kneejerk instincts of left-leaning partisans to impart malicious motives to those
alleging a cover-up of the details of the Benghazi attack are now grasping at straws.

The emergence of a number of whistleblowers who have come forward to refute the claims made by some members of President Barack Obama’s administration relating to the September 11, 2012, attack on an American consulate in Benghazi does not directly implicate the White House in a cover-up.

Of course when the "number of whistleblowers" is so small that the author can only cite one on the record you have to wonder who is being hysterical.
1 Reply
-1
Tue 7 May, 2013 01:17 pm
@parados,
parados wrote:

OMG... it's not just coming from FOX.


The "truth" surrounding the Benghazi attack has been elusive.


Is the guy that made the video still in prison?

Obama imprisoned this American just to protect his chance to be re-elected.
The only thing the video had to do with the attack was how the Obama
administration used it to keep people from digging up the facts. 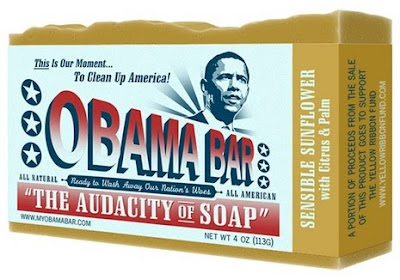