Classified cable sent to Hillary Clinton's office less than a month before
deadly attack warned Benghazi consulate could not be defended against
'coordinated attack,' and that Al Qaeda had training camps nearby.
0 Replies
-1
Fri 2 Nov, 2012 08:24 am


Questions on what happened before, during, and after the Benghazi attack
continue to pile up, and just a few media outlets seem to be looking for real answers.

As if his massive failure in Benghazi didn’t even happen, Barack Obama is back on the campaign trail claiming that “al Qaeda has been decimated.” Do you know where he is today? Try Las Vegas! And that bit about al Qaeda being decimated? Someone has gone back through White House transcripts and found that Obama has made that same claim, or some variation thereof, 32 timessince the Islamic terrorist attack in Benghazi.

Clearly we know that this is a lie. Al Qaeda has not been decimated, and in fact emails now reveal that Chris Stevens warned of a growing al Qaeda presence in the region. We know it’s a lie. So why does Obama keep using this line? Because he knows that the ObamaMedia is going to protect him on this. Unless you’re watching Fox News Channel there would be no reason for you to doubt that al Qaeda has, in fact, been decimated. Unless you’re watching Fox News, or reading the editorial pages of The Wall Street Journal (and we know how much low-information voters just love to read The Wall Street Journal) you wouldn’t know that the attack in Benghazi was conducted by a branch of al Qaeda.


Benghazi Probe Must Not Get Sidetracked

Leveson report on Rupert Murdoch, son: Evidence 'suggests a cover-up by somebody' 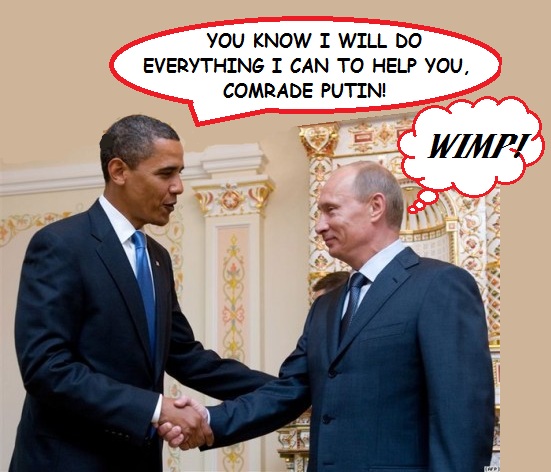 
Clinton must testify on Benghazi


Graham: Clinton must testify on Benghazi before Kerry's nomination process

He set-up Hillary in Benghazi rendering her a shattered recluse, he spends little time with his own wife, you really
can't blame him there... his second-term Cabinet picks — State, Treasury, Defense and CIA — are all white men.
0 Replies
0
Wed 23 Jan, 2013 09:20 am