A Pennsylvania electronic voting machine has been taken out of service after being captured on video changing a vote for President Obama into one for Mitt Romney, NBC News has confirmed. Republicans have also said machines have turned Romney votes into Obama ones.
More

Election Day in Ohio is Tuesday, as in every other state in the union. But if the margin in the presidential contest is narrow here, as many polls predict, the winner may not be known until well into December.

What sets Ohio apart is the large number of provisional ballots — those that election officials could not verify on Election Day for any number of reasons: because the voter had a new address, did not provide proper identification, did not appear in the state’s computerized voter registry or had requested an absentee ballot and turned up at the polls on Election Day. Under federal law, voters whose eligibility cannot be verified at the polling place must be allowed to cast at least a provisional ballot; such ballots must be counted if election officials later confirm that the voter is legitimate.

“We’re expecting 200,000 or more provisional ballots — that’s more than New York or California — and that means that an election is contestable here with a margin in the low tens of thousands of votes,” Mr. Tokaji said.

Late Friday, in a last-minute decision that could invalidate votes and delay the outcome of the presidential election, Ohio Secretary of State Jon Husted, a Republican, ordered a change to how provisional ballots are cast in Ohio. When Ohio voters cast provisional ballots, they are required to provide to a poll worker either a social security number, or a driver’s license, or another form of ID. In past elections, the poll worker was required to fill out a section of the ballot stating what kind of ID the voter presented. On Friday, Husted ordered that voters — not poll workers — must now fill out this section of the ballot. If they do not, their vote will not be counted.

Personally, I think that all of these 'Romney-wins' scenarios analagous to the Dooms-day predicters regarding the 12/21/2012 end-of-the-world-as-we-know-it. Soon it will ALL be a moot point according to Doomsday-ers. Hey, they only have to be right once, I guess.
0 Replies
5
Reply Tue 6 Nov, 2012 02:03 pm
@Finn dAbuzz,
I wonder why they were telling Republican poll watchers to leave?
Could it be they were disrupting the process?

But Allegheny County officials received a complaint early Tuesday morning that Republicans outside a polling station on Maple Street in Homestead, Pa., were stopping voters outside the polls and demanding identification. A county judge ordered a halt to partisan electioneering outside polling stations, according to Pittsburgh's Tribune-Review.

Now I freely admit that I would prefer to be seeing Romney ahead in each case, but when you call this a huge handicap you are completely ignoring the fact that every one of the underlying polls has a margin of error which average at about 3 points.

In every case Romney can win and the pollsters themselves will say their polling was not wrong.

If there was a history of polling favoring Republicans in the face of eventual results I might understand your confidence, but it's the opposite.

Tell yourself whatever helps you through the anxiety of the day, but at best for your guy this is a barn burner.
2 Replies
2
Reply Tue 6 Nov, 2012 02:22 pm
@Finn dAbuzz,
Quote:

Now I freely admit that I would prefer to be seeing Romney ahead in each case, but when you call this a huge handicap you are completely ignoring the fact that every one of the underlying polls has a margin of error which average at about 3 points.

When you average several similar polls together, the margin of error for the average is a lot less than 3 points. That's the whole point of poll aggregation, and why the sites that do so (RCP, 538, Princeton Election Consortium) have seen such success with their electoral predictions since 2000.

Why are the Dems confident in OH? Take a look at the graph:

Romney has NEVER lead the average in polling there. Hard to believe that Romney is actually going to win a state in which he trailed in polls consistently throughout the year, and in which Obama has a large early voting advantage.

Forty percent (40%) of likely voters in the Buckeye State have already voted. Obama leads 60% to 37% among these voters.

It's going to be hard for Romney to motivate a +10 advantage on election day, given the focus the Dems have put on the state.

It's true that all polling COULD be wrong, and that the populace is simply more anti-Obama than the polls have picked up. But I wouldn't want to be in the position of hoping that's the case.

Re: the other states, Romney has about zero chance in PA (McCain pulled this same stunt at the end), and it's the big four that matter to Obama - WI, OH, MI, and PA. If he gets those he wins the election, and he's leading in all those states. That = confidence for Dems. 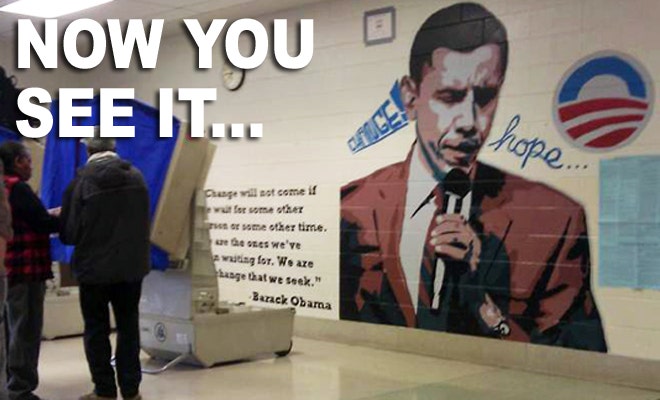 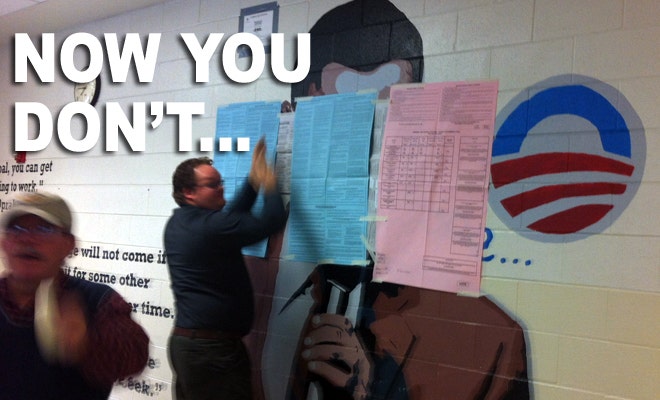 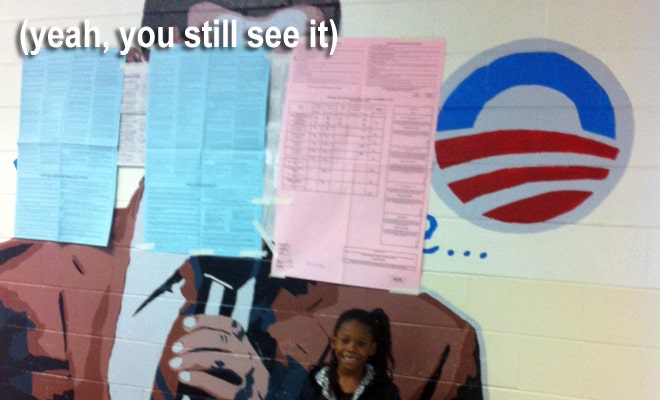 dude, you're gonna be so out of whack tomorrow.


Let me say this... your Obama guy is not getting a second term,
America will fire his worthless ass tonight and that's the way it is.
1 Reply
3
Reply Tue 6 Nov, 2012 02:59 pm
@H2O MAN,
and the truth in Ohio comes from where?
1 Reply
2
Reply Tue 6 Nov, 2012 02:59 pm
@parados,
That's only a symptom of what's wrong with this year's voting in this country; voter suppression laws should have been outlawed by the Supreme Court to protect Constitutionally guaranteed rights of citizens.

They're not doing their jobs, and it's impossible to fire them. Fu.... losers all!
0 Replies