Forums: Tv, Television, Weird Stuff, No, Cable Reality Shows
Email this Topic • Print this Page
1
Reply Fri 9 May, 2014 02:24 am
@panzade,
Yup. One of the rare times I laughed out loud when someone was murdered. The gurgle did it for me.
0 Replies
1
Reply Fri 9 May, 2014 11:02 am
@Roberta,
I missed episode three because I was too tired to get up and turn it on.
Hope it's in iview.
0 Replies
1
Reply Thu 19 Jun, 2014 12:06 am
I'm fed up and disgusted with Animal Planet. Week after week after week and hour after hour of looking for Sasquatch, yetis, and other so-called monsters--but mostly Big Foot.

And week after week and hour after hour of River Monsters. Big fish in rivers.

Most recently they started showing Treehouse Masters. What this has to do with animals is a mystery, and probably irrelevant.

A gigantic and moist Bronx cheer to Animal Planet.
0 Replies
3
Reply Thu 19 Jun, 2014 06:15 am
I've had about enough of cable.
After the World Cup is over I'm cancelling and going to DSL internet and Chrome and that'll be that.
1 Reply
3
Reply Thu 19 Jun, 2014 07:00 am
@panzade,
I sure as hell agree with you and can understand that. You'd save a lot of money in the process, too. IMHO Cable TV's overall entertainment level is far less than it ever has been. I'd rather have just Netflix and then kill off everything that costs money...just have local TV or whatever is available off of a high-tech antenna.

Of course if I were to cancel, my watching of Mike Rowe's Dirty Jobs and all those car restorations shows and American Pickers will have to go away, too! H'mmmm ?

In place of that activity, I'll put on music and read a book. I've got a stack of decent books that have sat around for 2 yrs on my coffee table. I hope to get back in the habit of reading again.
1 Reply
3
Reply Thu 19 Jun, 2014 09:09 am
@Ragman,
I'm with you.
The cable menu is addictive like an RC Cola and a moon pie, but there's not much as far as fulfilling my interests.

Thinking about getting the Chrome whatsits; youtube has a huge menu of interesting vids.
0 Replies
2
Reply Sat 28 Jun, 2014 12:34 pm
I've seen promos for a new show: Married at First Sight. People who've never met or seen each other get married.

This is a bit over the top, even for cable reality, IMO.

Desperation?? To be on TV or to be married?

Gag me with a spoon. And gimme a barf bag.

Also as my grandmother used to say, "Oy vey iss mir. What's the woild coming to?"
0 Replies
4
Reply Wed 10 Sep, 2014 01:17 am
More complaints about Animal Planet. Why these shows are on a network called Animal Planet is beyond me.

Pool Master: People with a lot of money get some pool guru to build them a fancy shmancy pool. Boring.

Redwood Kings: As best I can make out, some guys find pieces of redwood trees and build not very nice stuff. Boring.

Treehouse Masters: This show has me bewildered. Why do people want a treehouse? I have no idea. Hey, treehouse people. If you wanna live in a tree, stick some feathers in your ass and pretend you're a bird.

There are three shows that I know of that feature naked people.

Naked and Afraid: A man and a woman are stripped nekked and released in the wilderness somewhere. I watched about ten minutes of this. No naughty bits are shown. And the show was boring.

Skin Wars: This show is similar to the tattoo contests like Ink Master. However, instead of tattoing, the contestants do body painting on naked people. I've been watching this. Tremendous time and energy is put into the paintings. Some creativity too. Then the model takes a shower. The art is kaput.

People who weigh just a tad more than they should are given gastric bypass surgery (if they can lose enough weight to be eligible). Many of the people on this show can't stand or walk. This leaves the unanswered question of how do they get all that food? Enablers are not discussed. Tw0 600-pound women lost their husbands when they lost weight. The hubbies liked them chubby--and, I guess, helpless.

Two plastic surgeons in Beverly Hills fix mistakes other plastic surgeons make. A fairly decent looking man had a slight bump on his nose. SLIGHT. He didn't like the bump. After his surgery, not only did he still have the bump, but his nose listed to the right. He was also having trouble breathing. The docs on the show fixed the schnozz. A man decided to remake himself as a Ken doll. He's had 117 surgeries so far. He has artificial pecs, biceps, etc. He wanted artificial abs, which he designed himself. The two docs said no. Like he won't find somebody else to do it.

Aside: Recently someone suggested that I'm an intellectual (Who? Moi?) I tried not to appear offended. If this person knew I was watching this crap, would the label still apply?
1 Reply
2
Reply Thu 15 Jan, 2015 11:10 pm
@Roberta,
All the cosmetic surgery has me stumped. Over my lifetime I've had to have surgeries to correct problems. All of them were necessary to be able to function. I don't begrudge anyone access to plastic surgeries, but I really fear the anesthesia more than surgery.

I found another terrible show, it's called "Fat Guys in The Woods".

Roberta, of course you're an intellectual, your a Renaissance Gal, equality comfortable with the highbrow and aware of the other stuff.
1 Reply
2
Reply Fri 16 Jan, 2015 07:12 am
@glitterbag,
GB, I too am mystified by all the plastic surgery.

I never thunk of myself as a steenkin' intellectual. Who knew?
0 Replies
2
Reply Wed 1 Jul, 2015 05:35 pm
The Island is a show on NBC. A bunch of guys are dumped on the beach of a tropical island. They must find water and food and make shelter and fire.

One guy left cuz he didn't like it. Two guys left cuz they got sick. One guy left because he missed his family. Duh. He shoulda seen that coming. I guess the struggles and the group dynamics are somewhat engrossing.

Alone. This is a show on cable. Ten guys (theoretically survival experts) are dumped on an island off the coast of Canada. They are not together as a group. Each one is separate and apart from the others. The place is cold and wet. It's hard to make a fire with wet stuff. It's hard to keep warm without fire. However, the biggest issues, IMO, are not water, food, warmth, and shelter. The biggest issues, IMO, are the bears, wolves, and cougars!!!!

The people have cameras and film themselves. Major league selfies (a whole show of them). They also have motion-sensitive cameras that go outside their shelter. In the first episode, a man hears large animals near his shelter. The camera reveals two bears!! He left the next day. While the bears were poking around, we could hear wolves howling in the distance.

In the next episode a man reported seeing three wolves about ten feet from his shelter. He left the next day.

Then there was the guy who saw a bear across the stream from him. He started talking to it! He's still there.

I'm a little surprised that people are put in harm's way like this. I guess that they had to sign agreements that if they got et, the producers wouldn't be held responsible.

The show is K-9 Cops on Animal Planet. It's about police dogs (male German shepherds) in St. Paul, Minnesota. The dogs are well trained and seem very helpful. They can find suspects who have fled, weapons that were discarded, and illegal stuff hidden in cars.

Let's say that the police find and surround a suspect who is hiding. There are maybe five or six officers with the their guns drawn telling the suspect to come out. Nuttin'. Then the canine unit shows up. Now they tell the suspect to come out or they'll let the dog loose and he will "get bit." The guy yells and comes out. This has happened more than once.

My question: The police have guns with bullets. Dogs have teeth. Why do the suspects respond with more fear to the dog than they do to an armed cop? I raised this question with a friend of mine. She suggested that the reaction may be primal.

A human could hold up the shot at the last moment, which of course could be a good thing. What if they realized at the last possible second their bullet would/could hit an innocent person, adult or child?
If the officer went in with a gun, ready to shoot, he wouldn't (hopefully) shoot if the other person immediately gave up.

A dog, when sent in? Nothing is going to stop him.
He's not going to pay attention to pleas or promises.
We know that at our primal level.

If given a choice, I'd rather face a person with a gun than a large dog in complete attack mode.

I might survive a gunshot, would if it wasn't aimed to kill. Facing a K-9, or maybe a better example, a large dog in attack mode while I was on my own. I'd be dead, and it would be painful and take longer than I'd like.

Where I am, there are enforced lease laws and doggies stay in their own house or backyard. However, one time a large dog had gotten out, and started to approach me rather quickly, in an attitude that alarmed me. I instantly just raised the 2 poles above my head. The dog immediately backed down, as he thought I was suddenly much bigger.

Those poles would be good protection too, against animal or human. You could just thrust one out from your elbow, and it would keep someone beyond reach. They have straps you wear around your wrist, so a person couldn't knock them away. 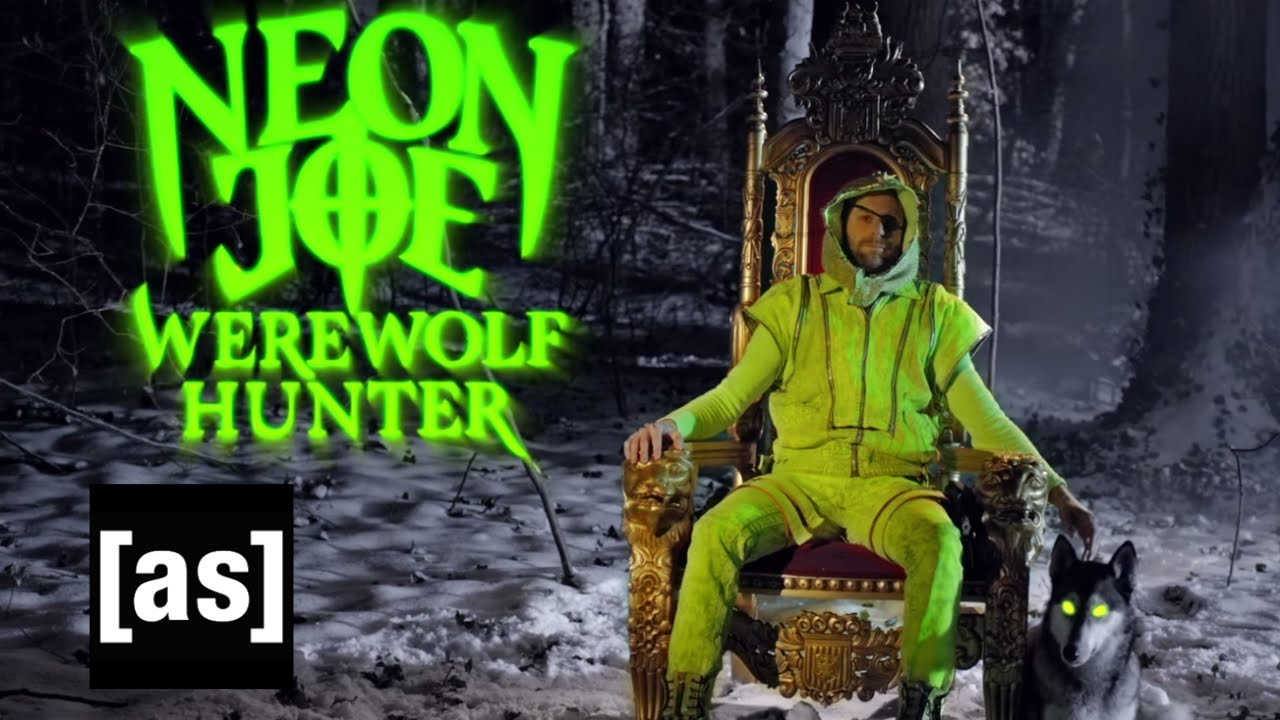 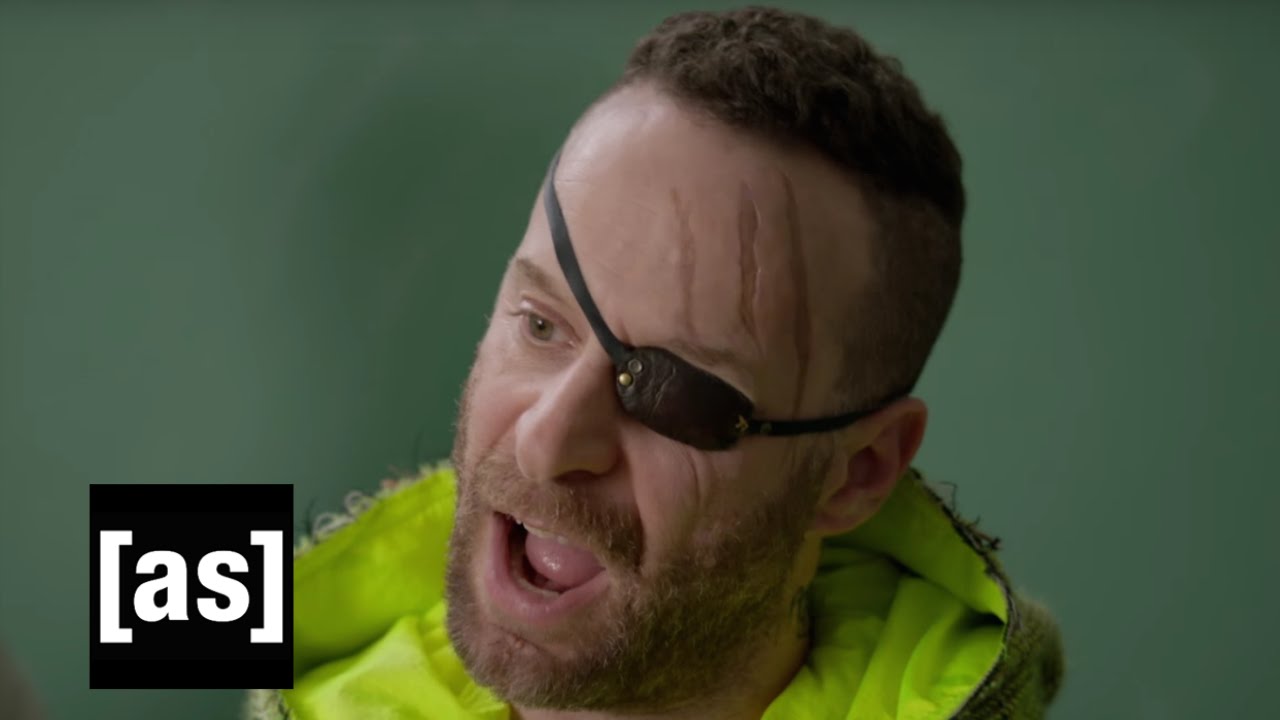