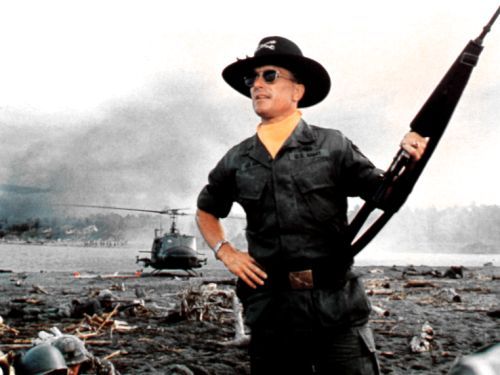 I dont know anyone that actually hated Clinton, but I do know many that hated his policies.
There is a difference.

What do you call the list of people Clinton murdered? It was promoted by Falwell, Rush, and just about every other conservative radio host. Did you really have your head that far in the sand during the Clinton years?

For you to make that statement and expect to be taken seriously is beyond belief.

Yes, there is a a difference between policy hatred and person hatred. Most of those that don't like the war have policy hatred. The simple polling numbers show that to be true.

We need a bigger shoe:

Yes, please throw a much bigger shoe at Obama when the opportunity presents itself.

Reminding the masses of their blunder is both healthy and refreshing.

But with folks like you it just didn't take. You couldn't comprehend, still can't, that GWB was/is the stupidest, most incompetent person ever elected to office.

As an astute Brit once noted, in England he wouldn't have been able to run for dog catcher. And yet idiots like you elected him twice. That speaks volumes about both your sanity and your intelligence.

This man's ability to throw his shoe in protest...AND LIVE...should debunk whatever disagreements this man might have with President Bush.

I would love to see what would have happened if this man had thrown his shoe in protest at Saddam or Ahmadinejad!

most seem to agree that throwing a shoe at president bush was good idea - whether it was to show disapproval of the president or whether it shows that one doesn't get killed for throwing a shoe at an american president .
have i got it right ?
hbg
1 Reply
1
Reply Mon 2 Feb, 2009 10:55 am
@hamburger,
Same theory should work for Obama, right?
0 Replies
1
Reply Mon 2 Feb, 2009 10:56 am
@cicerone imposter,
At least she knows something about Russia, she can virtually see it from Alaska, I agree with her, ci. What do you know about Russia, being in California, unless you go to Berkeley?
1 Reply