Wow! Is that cat from the house of the hinges?

What's the house of the hinges? 
For Iris Grace Halmshaw, the world was a lonely place.
The autistic five-year-old struggles to speak, is unnerved by other children and is frequently thrown into panic by the world around her.
She fills her days with painting, and is so talented that her works sell for as much as £1,500.
But nothing could quite relieve her isolation. Until, that is, a cat called Thula came along. 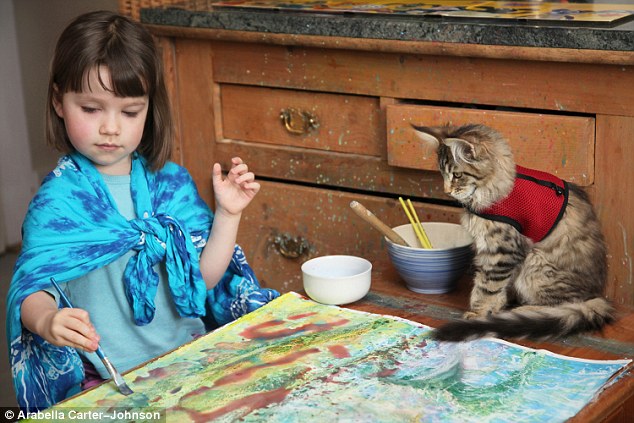 The pair are now inseparable – and Iris's parents credit the gentle Maine Coon with helping their little girl become more tactile and affectionate, as well as influencing her already much-acclaimed works of art.
The home-educated youngster has been producing astonishing Monet-style landscapes since she was three, when mother Arabella Carter-Johnson devised art sessions to help her with her daughter's concentration and speech.

But since Thula arrived, Miss Carter-Johnson and her husband Peter-Jon Halmshaw say they have noticed Iris adding brush strokes which resemble a cat's eyes or nose.
Initially, they thought it was just a coincidence, but now believe Iris is expressing her love for Thula through her painting. 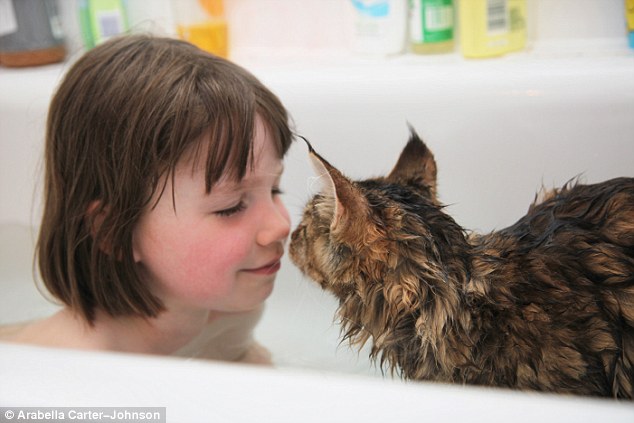 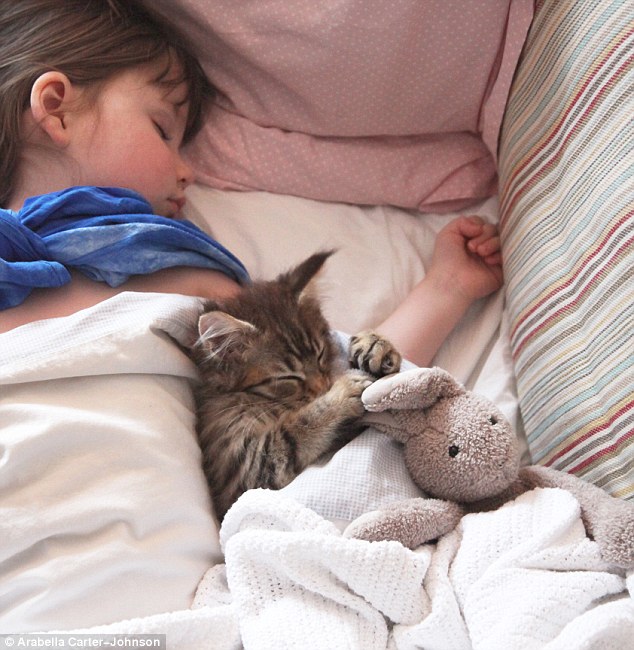 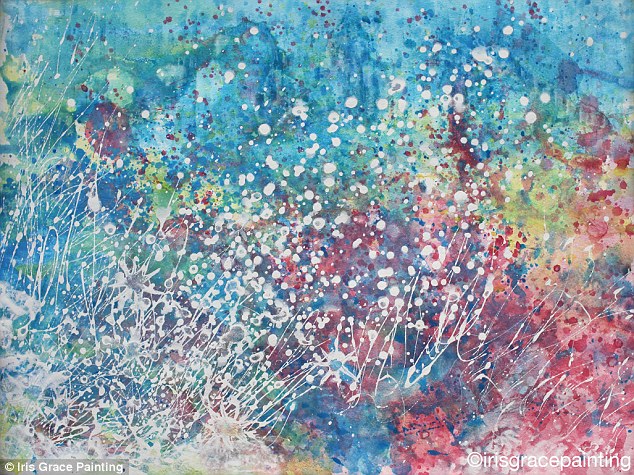 'When Iris is painting, Thula is told by her to 'sit cat' if she jumps up on to the table,' said Miss Carter-Johnson. 'She stays there watching Iris with great interest, occasionally wanting to play with the brushes, but mostly just patiently watching.'
And the pair's bond doesn't end there. Thula is at Iris's side for every part of her life, right down to her bathtimes, when she will even share a shampoo and soak. When the family go out in the car, Thula will sit on Iris's lap, and she is more than happy to don her red harness and go for a walk on her lead.