I'm being possessed by deities/demons, in the context of the deities/demons taking advantage of psychology's privacy from reality. Ostensibly, the basis of this exploitation derives from said privacy being an owner of wonder.

My general thought, about the OSW, is this: she was lured to the mountain, and when within it, was part of the sequence of her images in front of her becoming more and more disappeared, the more she travelled when within the mountain.

What were the images: perhaps, they were the same images I possess in my own head, of theology's scientific Hollywood nationalism.

Of course, the reference of Hollywood nationalism is a curious one; on the surface, I would venture that it is a gravy metaphor, i.e. metaphor for gravy.

Over the past nearly 3 years, that I've been in interaction with the deities, the OSW myth - the term itself, OSW myth being an owner of not being able to be seen - has been a dormant myth.

By 2D 3D actions, I of course mean the identity of the Earth outer space universe, and its movement based actions.

The consequence, of my documenting this myth, is that as the OSW was the original possessor, of the inevitability syndrome of using story, I am thus bequeathed with the demonic aura, of also possessing the same syndrome. 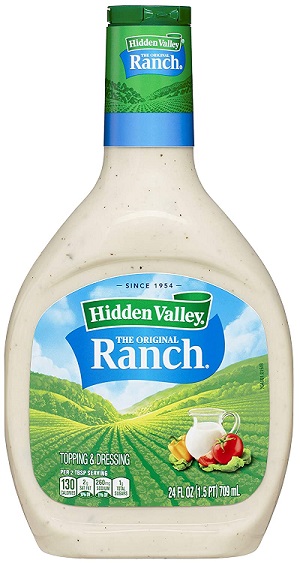 I'll continue to define/describe, the ideas of 11 New Street.

On the surface, there is the end to end political framework (end to end meaning the physics dimension of deities having to reach for their consumption, ostensibly myself being the consumption, with Wesley Snipes' Simon Phoenix's face meta, Moral, being the weapon for me against the deities involved).

For the people/sentient forces of Earth, such as Basil, my border collie from about 20 years ago, there is the easy option, of 'clicking' on daylight.
Clicking, on daylight, is a style that's presumably an easy access to the spirituality of names/name-calling being able to be seen by the darkness from within the mythology database's central computer.

The OSW:
The system correlation, between plot twists not using permanence, and the epilogue heats of Wiked Tanya using the OSW's mountain myth.

On the presumption, that this system correlation is safe, the 11 New Street formula going forward, over the next 6 days, of only writing in non-concentrated styles so that the download system of the deities surrounding me, needs to both honour the end to end entity, and to protect the universities that feature the lectures of the OSW mountain story.

The universities, in question:
they don't exist outside Earth. Indeed, the ideological underpinning of the OSW story - the OSW's name being Personality - is that nothing prior to Earth has ever existed, apart from the intersections between stills.

The 11 New Street story, has consisted of me asking the deities to go public, or to interact with the left-wing public (I'll make mention here, that Simon Phoenix reprimanded my speed of typing); unless the left-wing term is a supernatural name, there is ever the prototypical problem of the trivial physics of left-wing activation (i.e. marriage breakdown, being uncovered as a moral master, or i.e. homeless people's situation being able to physically protect people from homelessness via the situation being an identical type of template master to animal life's template master etc) being its own supernatural identity, thus, the supernatural entity called - or possibly called - The Symmetry, having the right to deactivate the illegality of the download system of 11 New Street.

If you want to be understood, step 1 is organizing your thoughts. Step 2 is approaching topics as though you audience may not understand the reference.

I've seen that Wesley Snipes movie, but not some of the others. Chaining together pop references is a good way to screw up an explanation. I should know. I made a book with a great deal of references to pop culture. Now I regret it.
1 Reply
-1
Tue 12 Jul, 2022 12:26 pm
@bulmabriefs144,
"If you want to be understood, step 1 is organizing your thoughts".


My organization, with regards to controlling the evil aristocracy within me, which is a computer hacker system, is to not hang on to the visual within my mind.

Moreover: I just need to not call Lori Ruroy (Lori Quaid) a coward, as that's a creation of time.

To close:
my weapons, against the computer hackers, who use combination sex such as physics not remembering whether it needs the afterlife, or liquid needing celebrity, is to use the universal day's bureaucratic criteria:
no day is to go wasted.

You are an obscurantist, and not an original one.

You claiming to be tormented by demons is a desperate attempt to appear interesting.

And you're so terribly dull and boring.
2 Replies
-1
Thu 14 Jul, 2022 02:08 pm
@izzythepush,
Actually, I'm the one that suggested maybe he's tormented by demons (or a psychological disorder, which is same difference, different century).