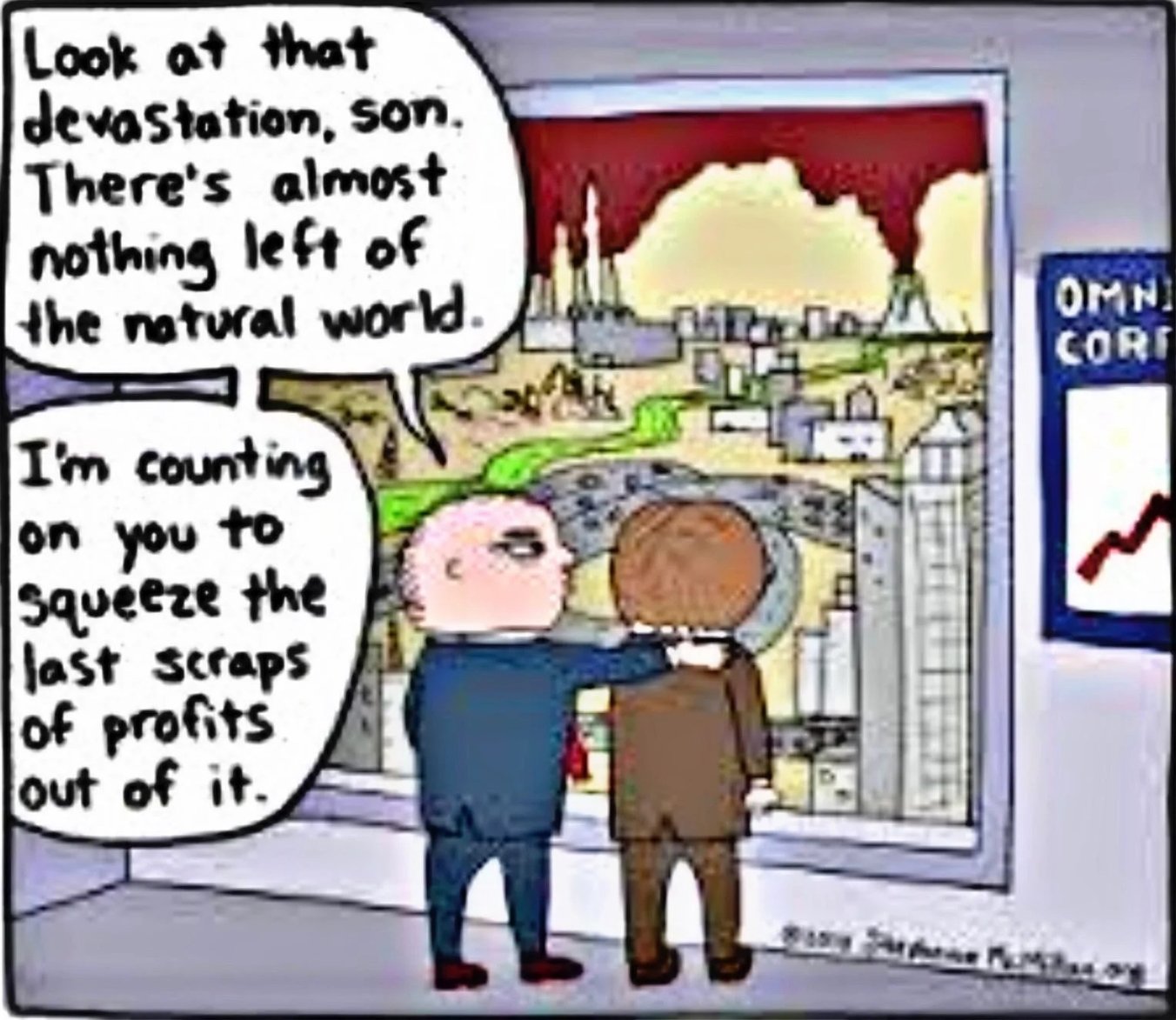 0 Replies
1
Reply Thu 10 Nov, 2022 02:07 pm
It's my feeling the voters are looking for something to vote for, not against. But against is the only choice available, so most stay home. Put up some real issues, such as universal health care and living wages, and back them with positive action. Get the people stirred up and hopeful. Then, whenever possible actually deliver. Never renege. You would reap landslides.
0 Replies
1
Reply Sat 19 Nov, 2022 11:01 am
Josh Winiecke
23h
·
No matter what your politics are the fact that someone who was politically motivated and violent came to a politicians house and the result was the targeted politician deciding to remove themselves from politics afterwards is a huge signal to anyone looking to create change. There is no way that isn’t looked at as a win from their particular political groups. The times of peacefully holding signs on street corners will soon be gone. We are entering the phase of direct action. Wealth inequality has hit a level where regardless of your political affiliation and what you think the answers are people are seeing it as a us vs them situation. The real problem is that the only armed and organized groups in the US are fascist right wing organizations. Unlike the white supremacist right wing, the left has been under constant attack by the government through RICO, propaganda, and flat out assassinations of labor leaders and civil rights activists.
“Politics is war without bloodshed while war is politics with bloodshed.”
0 Replies
1
Reply Sun 20 Nov, 2022 11:05 am
Three days after Gov. Greg Abbott tweeted a legally dubious invocation of the “invasion clause” of the U.S. and Texas constitutions over the high number of migrant encounters at the Texas-Mexico border, his border mission is set to include armored personnel carriers designed to carry troops into battle alongside tanks, according to a planning document obtained by Army Times and The Texas Tribune.

According to the order, around 50 soldiers will be trained to operate the vehicles, and state officials will identify 10 positions to station them along the border.
0 Replies
1
Reply Tue 22 Nov, 2022 11:33 am

0 Replies
1
Reply Fri 25 Nov, 2022 07:24 am
https://www.theguardian.com/us-news/2022/nov/24/san-francisco-police-propose-using-robots-capable-of-deadly-force
It's Robocop in its infancy. Soon to come to your neck of the woods. What could go wrong? "I didn't want the bot to kill them. It malfunctioned. Yeah, that's the ticket."
1 Reply
1
Reply Sat 26 Nov, 2022 11:11 am
Something Is Building
There's a reason authoritarians are growing more bold: around the world the people are rising up against tyrannical regimes and despotic corporations
JARED YATES SEXTON
NOV 26
∙
PREVIEW


The protests this week at the Foxconn industrial complex in China were explosive. Scores of workers clashed against security forces in a display that looked more like the labor battles of the 19th and early 20th century than anything modern. Eventually, the situation grew so out of control that the company began offering unhappy employees the equivalent of $1,400 dollars to quit their job and vacate the premises.

To understand the conflict, it’s important to remember this is the company responsible for assembling the iPhone, one of the most influential and lucrative products in the world, and expectations and conditions are so unbearable that overworked, overburdened workers often choose to take their own lives rather than continue laboring. In fact, the problem got so bad the company began installing suicide nets to prevent workers from ending their suffering.

Full disclosure: I am writing this article, critical of Foxconn, Apple, and a whole host of similar arrangements with an iPhone literally inches away from my laptop. I say this because our reaction to these things is often to shut off because of our own complicity. It is borderline, if not totally, impossible to be ethical under capitalism. The entire system is designed to provide luxuries and goods and services that are at a distance from the exploitation that make them possible. This is important when we discuss this situation, when we spread information to the people being exploited that we need to build our movement.

Meanwhile, on Friday, Amazon workers around the world staged massive protests against the retail monopoly. It was a brilliant gambit and brilliantly timed to interfere with Black Friday operations, which are central to some of the most exploitative and cruel practices at the heart of this system. In the same way we have been watching a Right Wing authoritarian movement build and construct symbiotic operations, we witnessed (or rather, we didn’t fully witness because our media largely blacks out these events as they share a corporate-centric view of events with the corporations being protested.

On an almost weekly basis now supposedly powerless workers have been troubling these corporate behemoths, including Amazon, Wal-Mart, and Starbucks, supposedly some of the most powerful entities in world and human history. The people are racking up victories. Actions of solidarity like strikes and the forming of unions are rising rapidly and seem to be hinting at a future crescendo, which would mean an all-out showdown with concentrated capital the likes of which we haven’t seen since the Progressive Era, if not the Era of Labor.

History tells us there is a zone of acceptibility, or rather, a “Goldilocks” region of labor relations in which the capitalists and their businesses can have profitability, production, and also a measure of power or leverage over the people. This happens because the people are given decent standards of living, including acceptable pay, perks, benefits, and a society that at least seems to work or trend toward fairness. The truth, unfortunately, is that much of this is predicated on the exploitation of Others, including the workers at Foxconn or in so-called “Second” and “Third World” countries, suffering which is beyond our perception or experience.

Have hope. Because something is building. There is a palpable feeling that, in action and in thought, in physical reality but also the psychic space, that things are changing and moving toward democracy and a movement that will ultimately, thankfully, change the world.

And so, unfortunately, this also brings us to the subject of rising Authoritarianism and the growing openness with which they are spreading hate and fear and fascistic ideas...


There is more to the article, but only for paid subscribers. Even the revolution, it seems, is monetized.
0 Replies
2
Reply Sat 26 Nov, 2022 02:48 pm
@edgarblythe,
edgarblythe wrote:

https://www.theguardian.com/us-news/2022/nov/24/san-francisco-police-propose-using-robots-capable-of-deadly-force
It's Robocop in its infancy. Soon to come to your neck of the woods. What could go wrong? "I didn't want the bot to kill them. It malfunctioned. Yeah, that's the ticket."


I can imagine the robocop going to court and defending itself on the grounds its life was in danger.
0 Replies