Forums: Philosophy
Email this Topic • Print this Page
1
Reply Wed 17 Aug, 2022 04:05 am
Why this thread PRESENCE in this cosmos?
Because the thread “teacher vs researcher” bas been destroyed and forced to stop by abuser.
Whose mission is it?
The First Order?

0 Replies
1
Reply Wed 17 Aug, 2022 05:17 pm
Piggy feels human being on the Earth loves in artificial definition and unilateral conception. It seems their inherent PROPERTY. Human’s will is biggest rather than nature.

Piggy can do that experiment again: contact Mr. Feng 冯生, who was my former classmate in the Class 914 of No. 1 Middle School of Xinhui 新会一中九一四班 for good liquor. Piggy “sure enough” he will say that he can arrange piggy to do a security guard in Jiangmen city.
But piggy did hear bobsal called me a “physicist”.
Piggy’s consciousness has been made confused. Inward outward inward outward all day all night...while can't do anything

0 Replies
1
Reply Thu 18 Aug, 2022 10:30 am
Smart researchers might be AWARE what piggy’s new model of neutron reflects is that the so called “strong nuclear force” is actually electromagnetic interaction too, just appears strong due to short distance…
That means the effort in the unification of physics could be one step forward.
High five! 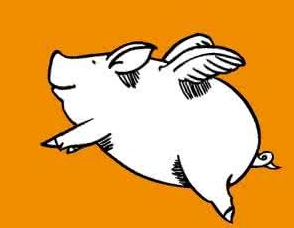 0 Replies
1
Reply Thu 18 Aug, 2022 10:53 am
Horrible, an extremist stalker successfully attacked an orator in Japan…To be safe, piggy has to put on a steel helmet.

Perhaps some hard problems created by their “quark” model troubling modern physics for decades have been solved by piggy’s “duck” model in a lump sum.
Those intelligent “organic oxygen/glucose fuelled electrochemical computer that works at the molecular level” would climb up onto the tree and pick the fruits as soon as possible when they are mature. Science would be promoted by them into a new era, even the First Order can bury up this small galaxy. 呵呵


0 Replies
1
Reply Fri 26 Aug, 2022 03:45 pm
Mr. Jewels Vern’s comment in a2k:
“A big part of science is conjecture, which means making up "What if" scenarios. Often those scenarios get discussed a lot for a long time, and people begin to assume they are true just because they keep hearing them.”

The “quark” could be an outstanding example, piggy guesses.

0 Replies
1
Reply Wed 7 Sep, 2022 03:04 pm
History vs development 3, touchy and feely
As piggy said once upon a time, in the thread “T vs R” that “At least there were 10×10×10×10 philosophers, physicists, mathematicians, poets, and even unknown ordinary people believed that everything in this cosmos is INTERCONNECTED or say sciences are all INTERCONNECTED hundreds of years ago. Piggy guesses. But up to this day, nobody can DESCRIBE it in one physics theory.
The key is how to do it and who can do it.”

Nowadays, those guys of the so called “authentic” / “standard” community are lack of the research in respect of the first fundamental natural system (the PRESENCE – PROPERTY system). That means their cognition about nature at most can reach half part.

The fact is that a “standard” rabbit has a short tail as its inherent property. Just the rabbit is habitual to ignore it, perhaps because it’s too short. Haha Piggy really doesn’t know how the internal energy deposits in a “quark” in their theory. An abstract “mass point” has true energy? Really very “standard”. Haha
If the elementary particles have no shape and size, where do the macroscopic conceptions of shape and size come from? Logic confused?

Actually, piggy’s physics model, as piggy has illustrated in other threads, the model of elementary particle, the model of released photon, the model of neutrino, the new “inward Hydrogen atom” model of neutron, has provided a new method to research the particle physics in the new era of PRESENCE - PROPERTY.

Even kids have changed their toys from 1G mobile phone to 4 or 5 G over the past ten plus years. Piggy feels history is developing very fast except physics and religion.

0 Replies
1
Reply Fri 9 Sep, 2022 08:28 am
Piggy can do that experiment again: contact Mr. Feng 冯生, who was my former classmate in the Class 914 of No. 1 Middle School of Xinhui 新会一中九一四班 for good liquor. Piggy “sure enough” he will say that he can arrange piggy to do a security guard in Jiangmen city.

0 Replies
1
Reply Fri 16 Sep, 2022 07:42 am
As piggy said ahead the unilateral conception of field should be more or less artificial “definition”, while the bilateral one seems a bit more fair and reflects the physical rule in nature.

If it’s true, that means some problems can solved with bilateral conception of field only. What piggy refers to are some problems in science rather than “problems facing mankind”. The latter never can be solved until them doomed.

0 Replies
1
Reply Fri 16 Sep, 2022 10:40 am
Piggy heard a fun guy said in his thread:
“Trump's credo is that there is no such thing as truth. Opinion is the only thing that matters, and the louder you are the more correct you are. Science is obsolete because truth is displaced by opinion.”

Piggy never is willing to talk something in that kind of rubbish thread. It’s a shame.
Piggy moves it here for research:

The loudest one in science nowadays is the so called what “standard model”, occupying over 99 percent of the territory of “science”. It obviously matters.
J – 10 style of “delusional squat” is very loud too, that “lobotomised” idiot is very loud too, kicking in this small nest only, while matters nothing in international scientific community. haha

How can that guy “sure enough” science is obsolete? How much science does he know? Just pee on the ground as a mirror and take a look at himself, please.
What obsolete is human’s morality and spirit. Too many negative minds. They always “sure enough” that their opinion can represent mankind as a whole and they are the core of cosmos, “hyper lord” / displacing G*, etc…

0 Replies
1
Reply Sat 17 Sep, 2022 03:57 am
Piggy can’t deny probably nowadays is the darkest period in the history of science. Over 99 percent of the territory of “science” is in the hands of those “standard”, who are actually “heavy accumulated and hard to go back积重难返”.
No doubt the cost of scientific research now is very high, almost one train of bills one train of “?” in experiment. Models are much more than good man in theory. Seems it’s lost.

But says “science is obsolete” is inappropriate, dictating, negative minded, even conspiracy.

Piggy recommends that “loud” guy to learn from that great physics – philosopher Mr. woody mentioned ahead. Take a look how he is fighting for the development of science, trying to do something substantial and steadfast in normal scientific research. Once upon a time, he was the second “loudest” in PHF galaxy except the rabbit. But he matters. He won people’s honor, from different countries, different levels and different groups (both the “authentic” and “eccentric”). Haha
Thereafter, most important, think about this question: whether it’s “science is obsolete” or just his own morality /spirit / mind is obsolete / negative.

Piggy has a newest research scenario:
If Trump PRESENCE in PHF galaxy, what can that “authentic” rabbit Dandan do?
Which one matters? Which one will become a “loser”?
Very fun…haha

Piggy doesn’t think that pig head neila9876 is an educator. At most that guy can count as half of a cow boy as well as a “drunk cat”. Piggy knows him very well. Haha…But seems he knows exactly what’s promoting force and what’s stumbling stone in the critical juncture of history. After the cross roads are two roads extending in two different directions. Which road to go is up to one’s own choice.
May Lord direct their steps.
Amen.

Those negative minds never can win anything in science. This is the credo of science. If who doubts it, he can go to consult the big brother Mr. “Oscar”. 呵呵

Mr. Jet Fire in a2k said science never can reflect truth. It sounds a bit negative mind. But he also said “… science is an evolving field - the state of our knowledge is constantly changing.” Add them up, it reflects a positive mind and spirit and encourage exploration.
He won Pig Head Award 2023 No. 10 position. (Perhaps the No. 1 position would be “touching the elephant” again. haha)

In contrast, that fun guy’s statement:
“Trump's credo is that there is no such thing as truth. Opinion is the only thing that matters, and the louder you are the more correct you are. Science is obsolete because truth is displaced by opinion.”
That’s “Trump style of bull ****” + “fun guy’s own alleged opinion” = “gangster’s logic / philosophy”. (Piggy doesn’t think that Mr. Nobel would appreciate Trump very much. They don’t match. 呵呵)
It reflects a negative mind at all, even an obsolete dead mind. (The worst, it might be a conspiracy.)

Young boys please don’t learn that kind of obsolete dead mind. It’s unfavorable to their career.
But it’s okay for piggy to learn it, because this pig has been defined a dead man by the First Order. Any endeavor, effort, struggle is useless.

Perhaps, Lord is AWARE he created something wrong at last…he has no idea how to sympathize with / have compassion for them. But Lord still appreciates those people who can create brightness at night instead of those people who pour ink into the darkness.
May Lord direct their steps.
Amen.

Addendum: Please don’t annoy that rabbit Dandan. Otherwise, perhaps he would slam a piece of mud onto the lion head of Trump. 呵呵

Piggy always says the angle to touch the elephant is not sole / single one. If you are tired of touchy and feely from the front, you can have a try to touch it from the side and see whether it can give you a fresh feeling…

But it doesn’t mean man can design the elephant with his casual imagination and free will (randomly “output” from whose mind). Otherwise, the elephant could look like this guy.